Are waterless beauty products right for your cosmetics brand?

Water is a fundamental ingredient in most beauty products, but it’s fallen out of favour with consumers. How are beauty’s H₂O-dodging alternatives shaping up under the microscope? 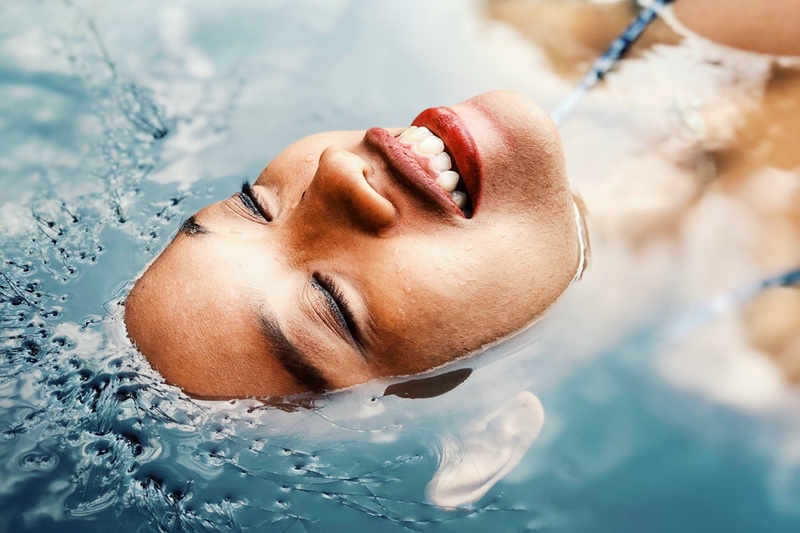 H₂O – it has multiple dedicated songs, an Australian TV series with the same name and a London bus route that will take travellers from Hounslow to Twickenham. But, more commonly, it is known as the chemical compound for water, the substance we as humans (and pretty much any other living creature) cannot live without.

A far more important task than keeping most living organisms alive, the element of two hydrogen atoms and one oxygen is hailed in the beauty world for its beneficial effects on the skin.

Touted as the treater of acne, suppressor of fine lines and wrinkles, and maintainer of skin’s elasticity, the 8x8 rule – eight eight ounce glasses of water a day – is one that is not just recommended by beauty connoisseurs, but health care professionals as a key part of consumers’ skin care routine.

Days gone by have even shown beauty brands to turn up the heat on their water game. Deviating from ‘still, sparkling or tap’, some have used water from the melted ice caps of Canada and ‘volcanic island water’ as water-based beauty has been refreshed over the years to spark new interest in the category and cater to consumer needs.

And yet, in spite of its distinguished reputation, waterless beauty has, ironically, infiltrated the industry.

“We need new ways of using cosmetics that generally lead to a more sustainable way,”

But removing water from a product isn’t as simple as swapping water out in favour of an oil or other compound; waterless has taken many different forms.

Solid products have been hailed for their reduction in packaging but are known to have more concentrated formulas, while powders and sticks are growing in popularity and even being adopted by some of the biggest players in the field.

In 2020, almost 12% of global beauty and personal care launches in the soap, bath and shower category claimed to be waterless, while nearly 10% were in skin care and 4% of new products hit the hair care sector. A slight shift from 2019’s results, which saw almost half of waterless beauty launches join the skin care sector.

So why has this special commodity fallen out of favour with beauty brands?

To date, more than two billion people live in countries that are experiencing high water stress and, at least once a year, that figure doubles. But the UN has said the issue is not due to global shortage of water. Instead, it notes certain countries’ ‘frivolity’ towards water as the culprit which could result in 700 million people worldwide being displaced by intense water scarcity by 2030.

With that in mind, big players L’Oréal, Unilever and P&G have committed to reducing their water consumption as part of their sustainability efforts. But, while the beauty industry is not itself draining the world of its water supply, liquid products are notorious for being made up of mostly water. The average shampoo, for example, contains around 80% water, according to Forbes, while a cream skin care can contain anywhere from 60-85% water.

Water is also a key commodity in the growth...