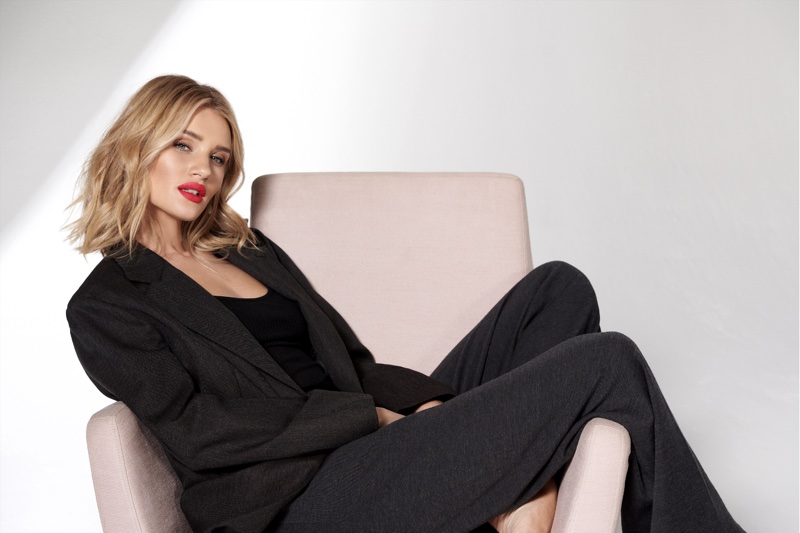 Last year the brand announced a host of A-listers as its new brand ambassadors, including British model Rosie Huntington-Whiteley (pictured)

A complaint lodged to bareMinerals’ about casting ‘unhealthily’ thin models in one of its TV adverts has been dismissed by the Advertising Standards Authority (ASA).

The video, seen on ITV Hub, featured various shots of four models in a range of poses for the Shiseido-owned brand and challenged that using these models was irresponsible.

In response, Shiseido provided still images of the two models in questions to prove neither was ‘unhealthily’ thin.

It also highlighted that the brand’s adverts are focused on model’s faces, to promote its cosmetics, rather than their bodies.

ITV also responded that the video was subject to Clearcast VOD Advice and claimed the models were slim in stature but not unnaturally or irresponsibly so.

No further action has been taken towards to the brand.