The department store chain’s potential buyer, JD Sports, is said to be primarily interested in the retailer’s e-commerce platform 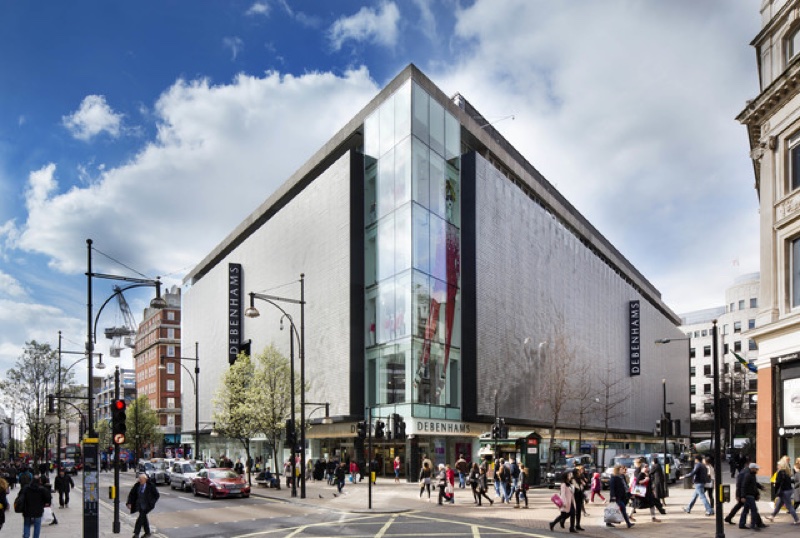 Debenhams could be forced to close almost half of its UK stores, despite reportedly nearing a rescue deal with JD Sports.

Up to 60 shops could shutter next year putting thousands of jobs at risk, reported The Guardian, as the department store chain teeters on the verge of liquidation.

In April, during the peak of the pandemic, the British retailer entered ‘light touch’ administration in order to protect itself from legal action from lenders.

Three months later the company confirmed it was exploring a sale to exit administration.

JD Sports is said to be primarily interested in the retailer’s e-commerce site, but it is predicted the sports retailer could buy up to 60 of the group's outlets.

Next has been one of the retailers to benefit from the closure of Debenhams stores, snapping up a handful of UK shops to transform its own dedicated beauty and home stores.

Meanwhile, other retailers including John Lewis, Next and Marks & Spencer could be interested in a number of unwanted Debenhams stores.

The rescue deal is expected to be announced before Christmas.

Big players including The Hut Group and India’s Reliance Retail showed interest in purchasing the high street retailer but dipped out of the race earlier in the year.

Debenhams declined to comment on the rumoured sale earlier this week.

Beauty helps Debenhams clinch status as ‘largest’ online shopping destination
Debenhams exits high street after more than 200 years
Cosmetics Business reveals 5 trends shaping the future of beauty retail in new report
One year on: How Covid-19 shaped beauty
Boohoo continues raid on high street and enters talks with Arcadia
Boohoo buys Debenhams for £55m but risks thousands of jobs
Debenhams confirms Oxford Street store will not reopen after Covid-19 lockdown
Next in talks with US investors for joint takeover of Topshop owner Arcadia
'We could see the death of the department store': Retailers must stop living in the past to save the future of the high street
Authentic Brands plots double takeover of Arcadia and Debenhams
Mike Ashley makes 11th-hour bid to save 12,000 Debenhams employees
End of an era for British retail: Debenhams prepares to close doors and risks 12,000 jobs
JD Sports' rescue deal for Debenhams could save thousands of jobs pre-Christmas
Mike Ashley left ‘furious’ over Debenhams exclusion as liquidation preparations begin