The European C&T market remained stable in 2013, despite a tough economic climate

The European C&T market remained stable in 2013, despite a tough economic climate. Retail sales totalled €72.060bn for the EU 28 plus Norway and Switzerland, according to figures released at the Cosmetics Europe General Assembly last month, registering a slight decrease of 0.8% compared with 2012. There was, however, an encouraging rise in exports from the EU, reaching €36.2bn in 2013. 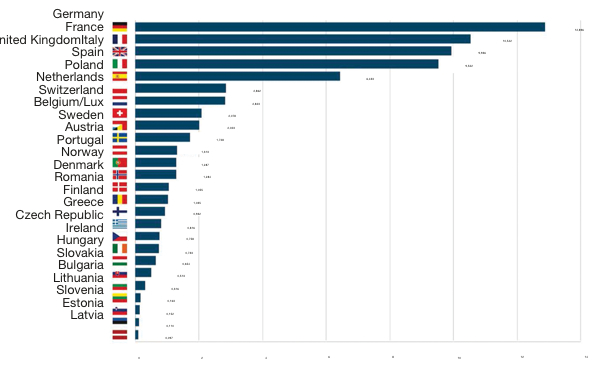 All product categories experienced a decline, in terms of Europe’s overall sales, with fragrances and perfumes falling by 2.3%, hair care down 1.1%, decorative cosmetics and skin care each sliding 0.4%, and toiletries dipping by 0.4%.

Bertil Heerink, Cosmetics Europe Director General commented: “In a year of economic challenges, the European cosmetics and personal care industry remained economically stable. In total, the European market represented almost one third of the global market, with exports on the rise. This bodes well for a robust future.”