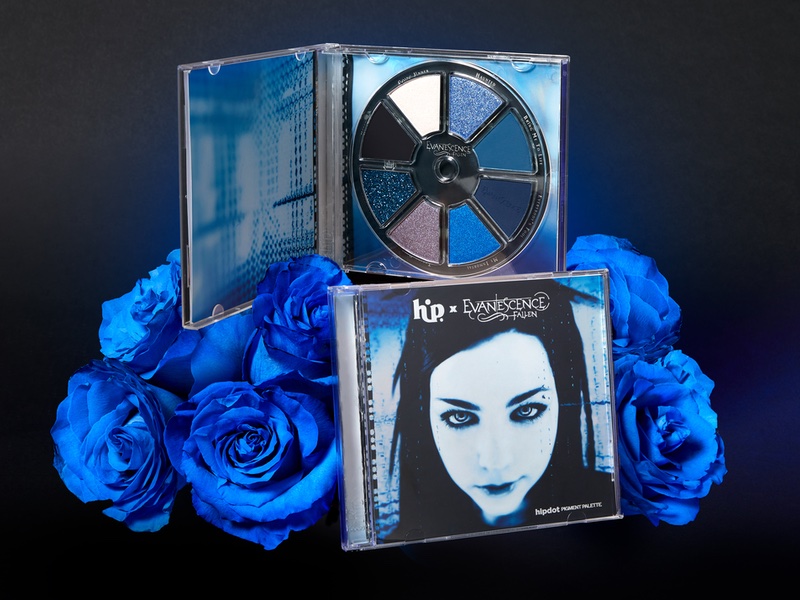 The blue-themed Fallen CD Palette is in celebration of the album’s 20th anniversary.

It is inspired by the LP’s cover art and lead singer Amy Lee’s signature smoky eye.

Each of the eight shades are named after a hit song on the album.

Bring Me To Life is a matte muted bluish-grey, My Immortal a foil royal blue and Taking Over a greyish periwinkle.

Going Under is a shimmery bright white, Haunted a bright blue and silver foil, and Everybody's Fool a matte dark blue.

Rounding out the palette is the glittery deep royal blue Imaginary and black matte Hello.

It was founded by singer and musician Amy Lee and guitarist Ben Moody.

The duo released their debut studio album Fallen in 2003 and it has sold more than 17 million units worldwide.

In total, the band has launched five studio albums, two live albums and one compilation album. 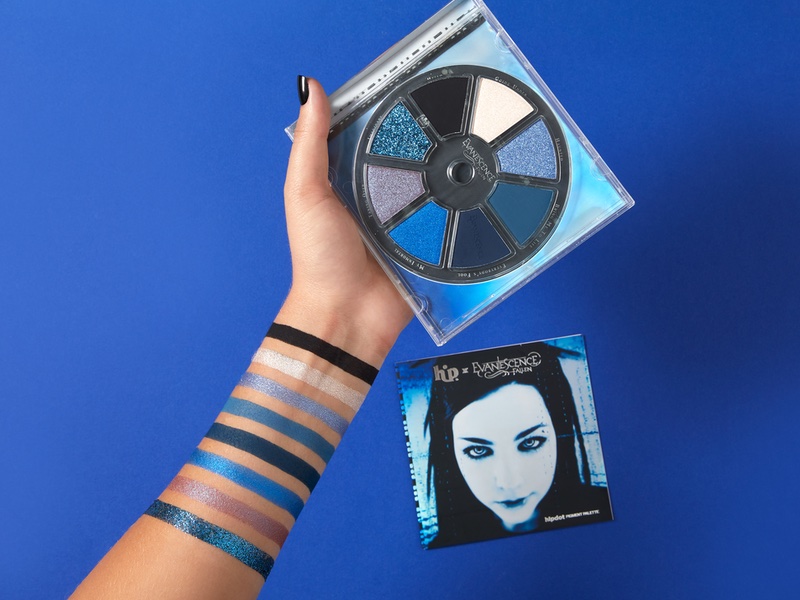 HipDot is known for its edgy make-up collaborations with leading bands and is taking advantage of goth beauty being back in the spotlight.

“With this we are especially excited to bring to life this new beauty concept with a band as iconic as Evanescence.

“Being able to bring together two very different industries with a common goal to shock, surprise and please is something that we are very lucky to have the ability to do.”

He added: “We hope that with this collaboration we are able to continue to grow the momentum around blending make-up and pop culture.”

Evanescence posted on its Instagram account that it is “excited to have partnered with HipDot” to create the Fallen CD eyeshadow palette.

Its Follow The Leader CD Palette was in celebration of the band’s 25-year career.

The cosmetics company has worked with rock band My Chemical Romance on exclusive collaborations too.

In 2020, it unveiled a make-up line inspired by the band’s Three Cheers For Sweet Revenge album.

The launch was so successful that the make-up company partnered with My Chemical Romance again in 2022.

The Black Parade Collection launch was in celebration of the band’s third LP.

HipDot has also partnered with other iconic figures, including The Addams Family, Hello Kitty and SpongeBob SquarePants.