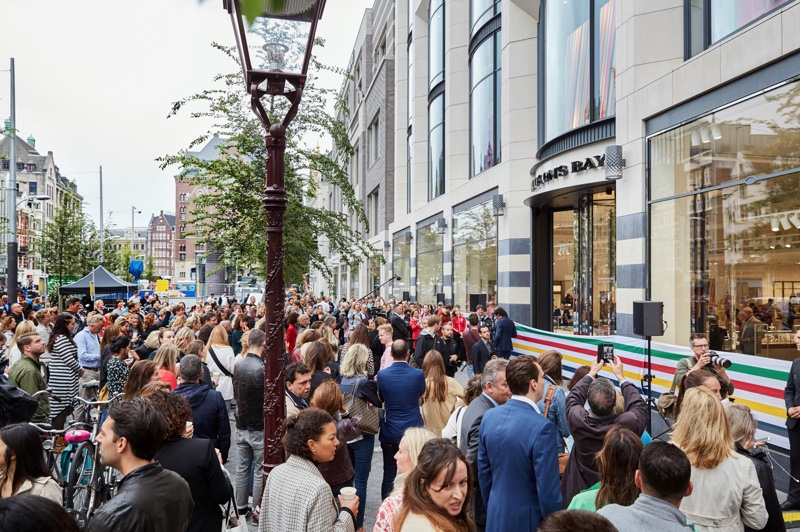 Department store retailer Hudson’s Bay has opened its first store outside of Canada, starting with Amsterdam in the Netherlands.

It is the first time the Canadian retailer has ventured outside of its domestic market.

Jerry Storch, CEO of Hudson’s Bay Company, said: “This is an historic moment in HBC’s 347-year history, marking the first Hudson’s Bay store ever to open outside of Canada and adding a new market to our diverse geographic footprint.”

He added: “We are overwhelmed by the response we have already received and are grateful for the cooperation and support from our landlords and local municipalities.”

Hudson’s Bay will open ten stores in September, with Rotterdam and The Hague sites opening on 7 September.

In total, roughly 1,600 jobs will be created, with more expansion planned for the rest of the country.

Tailoring its offering to the Dutch consumer, the retailer will stock homegrown and international premium, masstige and new brands, including more than 100 Dutch brands across sections.

Brands will include MAC, Chanel, Aveda, while a men’s grooming bar will be on-site, operated by Aveda.