The department store will be owned by WeWork Property Advisors with the Lord & Taylor store shrinking to around 150,000sqft 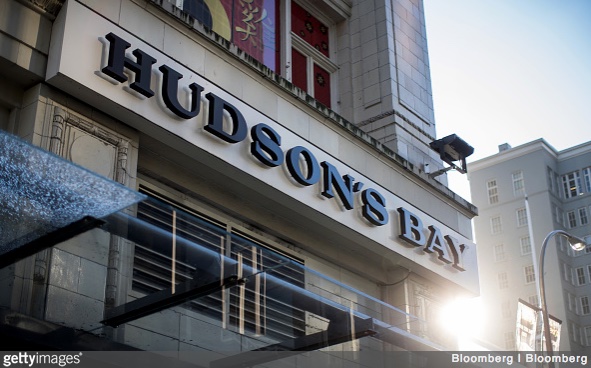 Hudson’s Bay has agreed to sell its Lord & Taylor Fifth Avenue department store building to WeWork Property Advisors in a deal worth $850m.

The oldest luxury department store in the US, Lord & Taylor sells a selection of fashion, accessories and beauty products.

The iconic retail space will be reduced to around 150,000sqft, giving priority to WeWork’s New York headquarters.

The transaction forms part of a joint venture between Hudson’s Bay, WeWork Companies and Rhône Capital, which is said to be designed to position the company at the “forefront of experiential retailing”.

Hudson’s Bay said the the impact of the sale will be minimal on its earnings, as the store is “many times less productive than the Saks Fifth Avenue flagship building”.

“Our partnership with the WeWork team creates new opportunities for Hudson’s Bay Company to redefine the traditional department store by extending those communities and drive additional traffic to our stores, particularly as we add co-working and community space to existing, vibrant retail locations."

WeWork is a US company that provides shared workspaces for entrepreneurs and the community.

As part of the deal, WeWork will also lease retail space within selected Hudson’s Bay stores, starting with the upper floors of locations on Queen Street in Toronto, Granville Street in Vancouver and Galeria Kaufhof in Frankfurt.

Adam Neumann, CEO and co-founder of WeWork, added: "WeWork could not be what it is today if it wasn't for our New York roots.

“The WeWork of today is a testament to the energy and hustle of this great city and it permeates everything we do. The acquisition by WeWork Property Advisors of the Lord & Taylor flagship building on Fifth Avenue is a statement of intent and commitment by WeWork to New York City.

“As a business with an emphasis on human connections in physical spaces, we will continue to create jobs within this city while simultaneously re-energising the traditional retail experience."