It's a sell-out: Poundworld's first make-up range flies off shelves

Poundworld’s first foray into the cosmetics sector is proving to be a ringing success, with some stores selling out of product just over a week after the launch.

The UK value retailer, which sells products for £1, launched its first make-up range Miss Beauty London in stores towards the end of June. It follows the launch of rival budget retailer Poundland, which took its first steps into beauty with its Make Up Gallery range in October last year.

A Poundworld press spokesperson revealed to Cosmetics Business that, so far, the collection’s mascara and nail polishes are top sellers. Despite having more than 100 skus currently in the range including lipsticks, glosses, foundation and blusher, the retailer has no plans to curb NPD; on the contrary, it is said to be planning to develop new products on a rolling basis to reflect current trends. 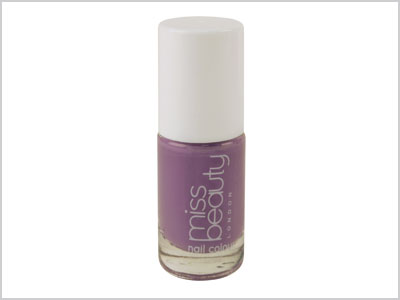 Cobridge-based manufacturer Pascalle is behind the creation of Poundworld’s collection. The company landed a £5m contract with Poundworld to create the line. Following high demand after the initial launch, which saw Poundworld stores sell out in just over one week, Director Steve Marsh told The Sentinal the factory would be producing 400,000 extra units per month. Poundworld confirmed that 20 new members of staff were being hired to work at Pascalle’s factory.

Chris Edwards Junior, Trading Director at Poundworld Retail, said: “We’re very proud to launch our new make-up range and it’s really fantastic to be able to work with UK manufacturers to provide affordable, high-quality products for our customers. We’ve worked hard to offer a selection of great value products that are inspired by the latest fashion colours and trends and we plan to update Miss Beauty London to reflect changing fashions. We expect the range to sell very well, sitting as staples in over five million make-up bags across the UK.”