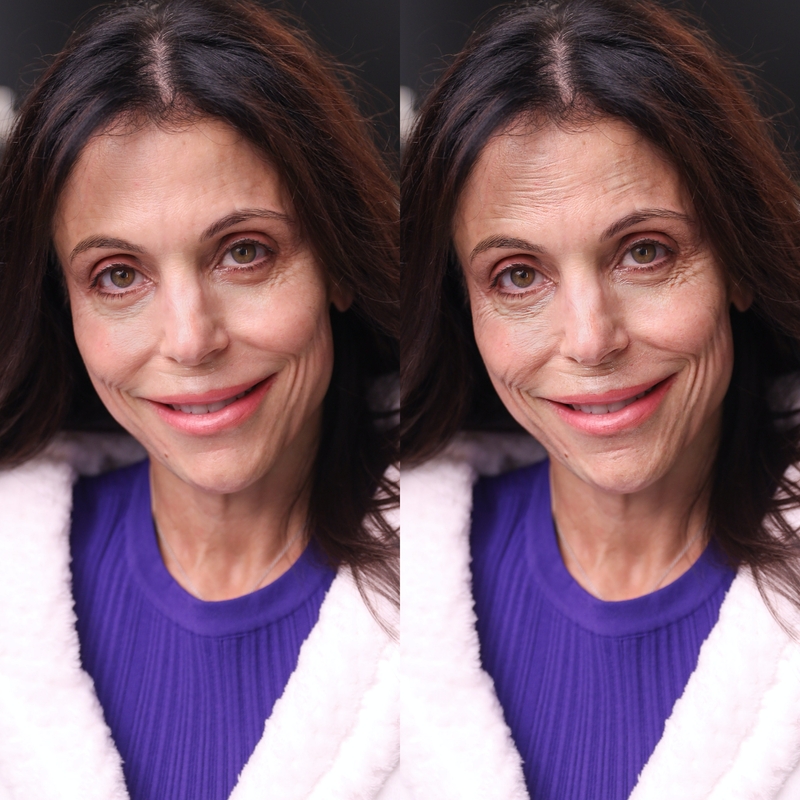 Frankel appears with digitally added wrinkles in the campaign

Laura Geller Beauty, the beauty brand designed for mature women, has teamed up with US TV personality Bethenny Frankel to put a new spin on the anti-ageing narrative.

The Reverse Photoshop campaign sees the Real Housewives of New York City star speak about accepting the physical signs of ageing – however, in a twist to the common practice of digitally removing signs of ageing, the 52-year-old is Photoshopped to add more fine lines and wrinkles to her face.

"A wrinkle here or there isn't the end of the world and it's about time we stop filtering, photoshopping, and portraying a false image of what we really look like,” said Frankel, who has starred in US reality shows including The Apprentice: Martha Stewart and The Big Shot with Bethenny.

"I'm excited to partner with Laura Geller Beauty, a brand that is actively trying to revamp this dated notion of ageing and empower women to be proud of themselves the way they are."

The latest move in the brand’s ongoing efforts to promote positive ageing follows its campaign with supermodel and actress Paulina Porizkova last year, which addressed ageism.

It has also pledged to feature women aged 40 and over in its advertising exclusively.

"We want to create a new version of what's considered 'beautiful' in society for women in all stages of their lives, and we're very excited to have Bethenny join us on this mission," added founder and veteran make-up artist Laura Geller.

"We have a shared goal of destigmatising ageing in beauty and with this campaign, we hope to set an example for women everywhere that they too can and should be proud of every wrinkle that makes them who they are.”

US brand Maxey Cosmetics also unveiled a campaign starring only 40+ women showing off their natural beauty, while professional beauty supplier the International Institute for Anti-Ageing (iiaa) rebranded itself in a move intended to encourage consumers to embrace the ageing process.