Through the app customers will be able to virtually try-on looks from the beauty-themed film starring Tiffany Haddish, Rose Bryne and Salma Hayek

The company behind AI beauty app YouCam Makeup, Perfect Corp, has released a new interactive app dedicated to recreating looks from the new US film Like a Boss.

Through the app, customers can virtually try-on beauty looks sported by the two characters, as well as make-up worn by Salma Hayek who plays Claire Luna. 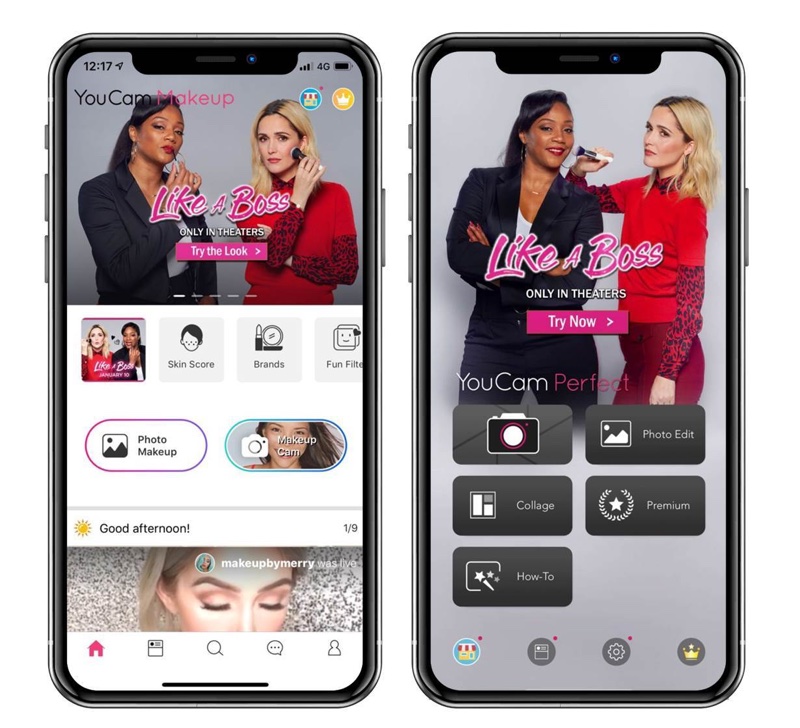 “We are so excited to partner with Paramount Pictures to bring this beauty-based film to life through interactive AR and AI virtual try-on featuring the looks of the Like a Boss leading actresses,” said Perfect Corp’s founder and CEO Alice Chang.

“It was a natural fit to collaborate Like a Boss and bring a film so deeply rooted in the beauty industry to life in such a fun, engaging and interactive new way.”