Just a few years ago the concept of temporary retail was deemed somewhat revolutionary and was even perceived to be a threat to the future of traditional stores. Nadia Di Martino reports on the evolution and the future of pop-up shops

Just a few years ago the concept of temporary retail was deemed somewhat revolutionary and was even perceived to be a threat to the future of traditional stores. Nadia Di Martino reports on the evolution and the future of pop-up shops

In 2004 Japanese fashion brand Comme de Garçons introduced what it initially called a guerrilla store in Berlin. The guerrilla store philosophy required the shop to be open for a year at the most, independent of its turnover, and it had to be located far from fashionable hubs and gentrified areas.

Another rule was that investment in the interior and decoration should be kept to a minimum and Comme de Garçons spent just $2,500 to fix up a former bookshop, turn it into a pop-up shop and advertise it via approximately 600 posters placed around Berlin.

US company Vacant also claims they were already experimenting with pop-up shops even before 2004, inaugurating their first temporary store in 2003 in New York.

Having seen the success of this first pop-up store, several more appeared, cosmetics brands included, finding that in a sluggish economy they couldn’t afford to be ashamed of offering consumers bargains and discounted products.

Pop-up shops have often represented the ideal space in which to do this. Besides value and service, as they focus on the experience and interaction with consumers, pop-up shops are also deemed an excellent way for developing brand awareness in a variety of locations.

“Pop-ups represent a good way for companies with highly selective distribution to reach a broader range of customers for a shorter period of time,” says Jod Mitchell, founder of body care company Mitchell and Peach. Recently, the Kent-based company set up a pop-up shop in Oxford Street’s Selfridges store for the occasion of Mother’s Day. This was one of the latest pop-up experiments in London, a city that has definitely embraced the trend.

Since the first one in 2004, pop-up shops have sprung up worldwide in different forms, allowing brands to unleash their creativity in ways previously unthinkable.

In Paris, Guerlain (LVMH) has recently set up a pop-up shop on the Champs-Elysées right in front of its classic boutique. The company claims that this space is dedicated “to shy consumers who don’t dare to walk into the boutique yet”. This way Guerlain hopes to encourage a variety of potential consumers to approach the company while it widens its offer making it more accessible.

In the US, the CVS pharmacy chain has offered its Beauty 360 store-in-store concept to customers since 2008, which features a wide range of niche and prestige beauty brands in the company’s 6,800 outlets across the country. 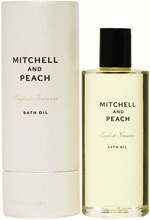 Meanwhile this spring Clarins teamed up with Sheridan & Co design agency to launch its new skin care range, Clarins Energizer, with a pop-up shop in London. Dorothy Speed, director of marketing and communications for Clarins, explains why. “This was the ideal opportunity for us to do something a bit different to reach our target market of 18-late 20s women, and in doing so, we hoped to create a group of newer and younger Clarins brand ambassadors in advance of the on-counter launch later in 2011.”

There was no marketing campaign to accompany the event – “strictly editorial and social networking coverage and word of mouth only”. According to Speed, the pop-up store “was never meant to be a selling exercise, but an opportunity to create a buzz about our new venture into skin care for young women and a valuable learning ground for better understanding how to capture their interest and interact with them”.

March this year saw Canadian brand MAC Cosmetics (Estée Lauder) open a pop-up shop in Rome, claimed to be the first pop-up store to be launched in the city. Located within the Coin retail chain, it featured MAC best sellers and limited edition collections while make-up artists were available to advise customers.

Companies like Nivea (Beiersdorf) had already attempted its own version at a retail experiment with the roadshow-style Nivea Moving Shop which toured Italy in 2010. The shop (which was located on a large van) stopped every two hours in different cities and a beauty consultant was available to advise customers on treatments. This year Nivea chose to focus on pop-up stores set in Italy’s main train stations to launch its new Pure & Natural line.

The initial underground approach of pop-up shops lured cash strapped consumers in a very effective way since it made shopping a more accessible event and raised interest in the brand. Pop-up shops have been able to do so avoiding stellar prices including rocketing rents in all major cities and the cost of advertising. In fact most marketing tools employed come for free or at a very low cost, including word of mouth, social media and direct marketing campaigns. Further to this, pop-up stores also allow brands to shift their older or discountinued products, by offering them exclusively in that space for a limited period only.

Pop-up retail has become a mainstream phenomenon today and some think this is taking away from its original appeal.

“Pop-up retail is dated now, and it seems there is a pop-up shop for everything,” believes Russ Miller, co-owner of Vacant, a company that offers exhibition stores open for one month in major cities. He continues: “I think only a handful of pop-up shops are making a return on their investment today, because a lot of them are not understanding that sales and marketing are key to the success of pop-up retail. The concept can still be used creatively and what we do is implement projection mapping and interactive walls and floors for brands to engage and educate the consumer through visual content while they are shopping.

“When we saw the market saturate, we developed the flexible retailing concept of taking a permanent space and rotating brands within it.

We launched this last year in airports and this particular format is called Planeshop – and we are continuing to build upon this concept.”

Today, experimenting and being daring appear the only ways to test the success of any new retail propositions.

According to Miller the future for pop-up shops is a step forward in social e-commerce terms: “Flash sales on Facebook are as big as pop-up stores were when the concept was first developed. These are sales that run for a limited time and stem from brands’ Facebook pages. It’s an experimental phase, some good examples recently are Diane Von Furstenberg and Britney Spears who both achieved outstanding sales in one day.” 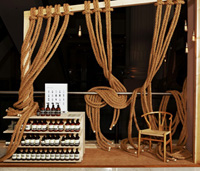 The company is launching a pop-up shop concept for Facebook this summer called mypopupshop. It allows a cosmetics brand to promote and sell a limited product or range to people that like their brand, and to their facebook friends, for a limited time only.

Miller comments: “With only a limited amount of time to buy, the purchasing decision is made easier. Each cosmetics product or brand lasts for a limited time on a Facebook user mypopupshop site, much like in a real life pop-up shop.”

“We are finding that the dwell time is longer in Superdrug as people take more time to browse. Because these formats target customers who aren’t just looking for perfume, we’re appealing to a new type of consumer, those who pop into Superdrug for cosmetics or baby wipes and then come across our shop-in-shop while there so this is really beneficial for us.”

Michael Sheridan, owner of the Sheridan & Co design agency that has a space in Marylebone used solely for pop-ups, comments: “I think in the future pop-ups will be used to more strategic effect. Traditionally, pop-ups have been used to create greater brand awareness in a certain geographical location. What we have with Clarins for example is more of a laboratory scenario whereby we can engage with consumers and learn from their responses on what works and what doesn’t. Even though it’s been around for some time, I’d like to think that the pop-up concept isn’t finished with yet. I think it will evolve to a different level.”

According to Sheridan, the core foundation of the pop-up shop concept – surprise, delight and generosity – will stay firmly in place. However because the market is so competitive brands will need to get something back in return. “I am talking about the invaluable knowledge that consumer feedback gives to the brand. Ultimately we will get to the point where it will be consumers, as a group, who will shape the direction of the brand itself,” concludes Sheridan.

Variations on the concept of pop-up shops allow retailers to understand what really works with consumers and the key element in the future will be flexibility and consumer engagement. Pop-up shops will not just be the way brands can make a quick statement about themselves and lure consumers in but rather a marketing tool employed to test the water, define the way consumers get to know about cosmetics and shape the brand’s direction accordingly so that they can stand out in an increasingly competitive market.


The recipe for pop-up success

1 Planning – detailed planning should go into every aspect of your pop-up shop. Once open, the event has only a short while to impress your target audience

2 Location – carry out research, choose key consumer locations, focus on the right towns and streets to reach your target demographic

4 Experience – delight visitors to your shop with unusual or interactive experiences. Create a memorable space and offer exclusive promotions

5 Follow up – identify future customers and develop new business ideas by gathering visitor feedback. Measure your success and keep in touch with your new customers