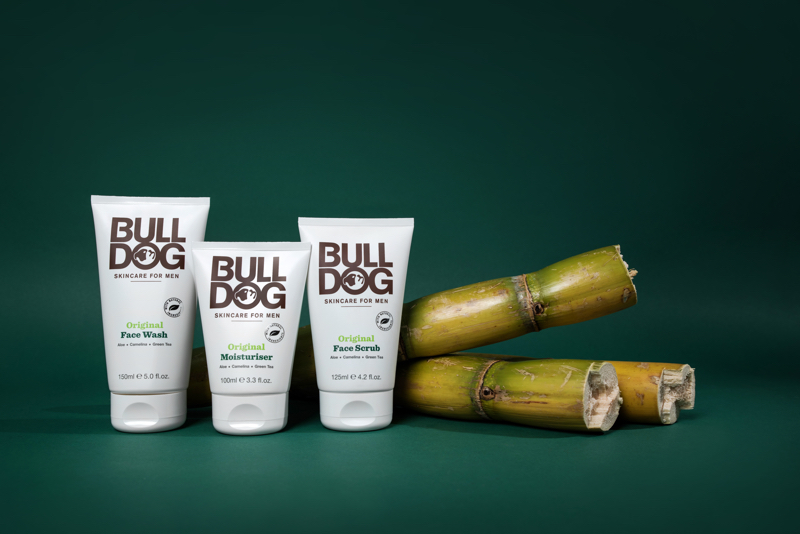 RPC M&H Plastics has teamed up once again with male grooming brand Bulldog Skincare for Men to create its new packaging range, but this time there’s an eco-twist.

The pair have worked together to allow Bulldog to become the world’s first male skin care brand to use sugarcane as a raw material.

The environmentally friendly resource is said to have minimum impact on biodiversity and does not waste water, as it doesn’t use more than natural rainfall to grow.

On top of that, the packaging source saves CO2 instead of producing it.

For example, for every 100 tonnes of sugarcane plastic used in Bulldog tubes, 309 tonnes of CO2 are taken out of the environment.

As well as helping prevent fossil fuel emission, the use of sugarcane rejuvenates damaged areas of the Amazon rainforest.

According to Bulldog, sugarcane is often planted on degraded pasture land which in turn helps to recover the soil for future use as general farmland, or to simply plant another crop of sugarcane.