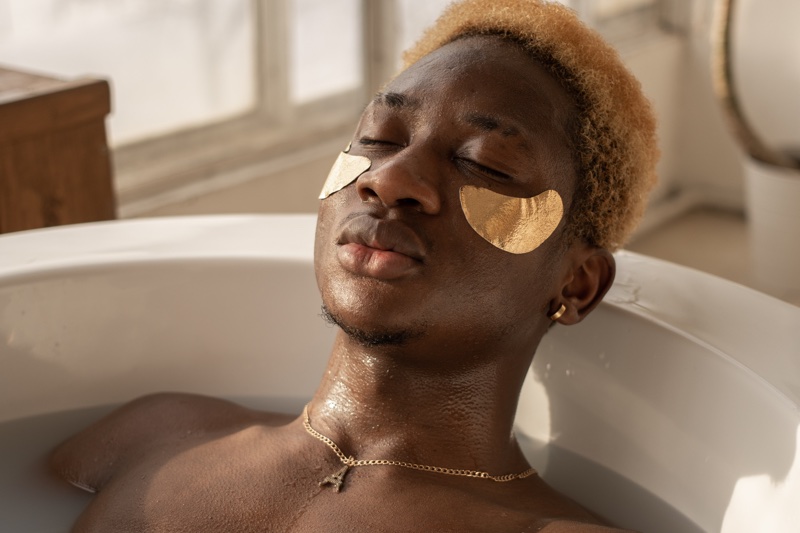 One in five UK men (22%) are keen to start taking better care of their wellness, according to a new study by spa destination Champneys.

The findings revealed that Gen Zs were the age group most interested in visiting a spa, as more than half (54%) said they would like to prioritise beauty routines, such as skin care, massages and other forms of pampering.

Two-fifths of male Gen Zers and almost half of Millennials agreed they are more open to visiting a spa than the older men they know.

But despite the rise of interest in wellness among younger men, one third believe that there is a stigma around males visiting spas.

Almost 40% said that spa destinations were too feminine, and 34% agreed they would feel embarrassed to be a spa-goer.

Some 29% also said that spas do not cater enough to men, while a quarter would like to see more male-specific treatments.

“Visiting a spa is not only beneficial as a one-off break but a way to prioritise self-care, to ensure that you’re always putting your wellness first, which is why we believe that spas are absolutely for everyone,” said Laura Tatlow, Spa Director at Champneys.

“Although we’ve already started to see a shift in stereotypes in the wellness industry being broken down for men, our research has highlighted that there is still work to be done.”

Spas brands, however, are not having trouble attracting men; 12% of 35-44 year olds admitted that they love spa days, even though they would never go to one, and less than half (40%) have never been to a spa before.

“It’s great to see from our survey the number of young men who would love to visit the spa. Not only do wellness treatments rejuvenate, heal and re-energise our bodies, but they are also seen to improve mental health,” added Tatlow.

“Although this shift is gradual, we look forward to seeing many more men feeling comfortable to enjoy their time at a spa and continue to prioritise their own wellbeing, with the health of the wellness industry making it more accessible to them and their needs.”

‘They walk out feeling masculine, not emasculated’: why the men’s grooming lounge is on the rise
Advertising spotlight – deodorants
Boots joins forces with NAAFI to bring skin care to soldiers