ADS takes skin delivery to a new level of efficacy and safety, opening up exciting possibilities for ‘in and out’ treatments using a common core active molecule, say Liliana Todorinova & Helena Larsson 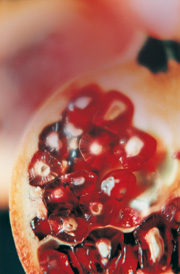 ADS takes skin delivery to a new level of efficacy and safety, opening up exciting possibilities for ‘in and out’ treatments using a common core active molecule, say Liliana Todorinova & Helena Larsson

Firstly, they aim to increase the bioavailability of their encapsulated active molecules en route to the target site. This optimises efficacy levels across the relevant body barriers – the skin for topical application and the digestive tract for oral application.

Secondly, consumer safety is paramount. All nano-based actives should be based on safe, biodegradable materials and should also limit the efficacy to a specific organ, tissue or even type of cell.

Finally, nanotechnology-based delivery systems should simplify the formulations of finished products. This incorporates aspects such as stability with a range of temperatures, pHs and common ingredients, reduced colour and smell, and extended shelf-life. These factors help in retaining a formulation’s active molecule content, which in turn helps to avoid customer disappointment. Cosmetics that use antioxidant plant extracts often fall short of their claims, for example because they require special packaging, have shorter shelf-lives and an overall limited degree of marketability.

Nanotech engineered delivery systems should improve the stability, safety and bioavailability of an active ingredient to the point where it can be used in a wide variety of oral and topical applications. Reaching this level allows many ‘in and out’ treatments to be offered from a common core active molecule.

As a new generation of nano delivery systems, ADS satisfies all of the above requirements. It gives finely targeted delivery to sites currently unreachable with other methods and offers a superior level of safety plus an outstanding degree of encapsulated active stability.

A nano-size liposome of amino phospholipids, ADS is incorporated with patented Nano Active Receptors (NARs) from fenugreek. When embedded in a membrane of other bio-active ingredients, it then plays the role of a guiding device to deliver the encapsulated active molecules to a pre-defined target site. This allows for targeted, innovative and controlled release of active compounds which will only reach the skin, regardless of whether the active is administered orally or topically.

This new delivery system offers the following benefits:
• Made from 100% vegetable ingredients
• Sustained delivery over a long period of time
• Targeted delivery, in time as well as space
• Lower required dosage of the administered actives – avoiding the risk of overdose
• Protection against external aggression and heat resistance
• High concentration of actives

ADS can be tailored to fit specific needs. Modifying the composition and size of the nano carrier affects the speeds of degradation and content delivery. It is also possible to increase the targeting accuracy by changing its composition or electrical charge, or by adding receptors or adhesion factors to its outer surface.

Thanks to its outstanding stability and safety, it allows the same active ingredients to be delivered both orally and topically, increasing its marketable potential.

This ability to deliver active molecules to specific skin sites has been demonstrated with Viqua, a concentrate of pomegranate antioxidants encapsulated through the ADS nanotechnology.

Numerous studies have shown the potential whitening and anti-ageing benefits of pomegranate antioxidants for the skin. However, finished products containing pomegranate extracts have so far been limited in their effects due to a lack of stability in one of the fruit’s main active molecules, punicalagin. 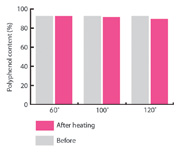 Dramatically improved stability of the pomegranate antioxidants is the first benefit of the encapsulation process. When heated to 100°C for one hour, the antioxidant content of Viqua now remains almost unchanged (figure 1). Additional tests showed the ingredient to be completely safe in oral as well as topical applications.

In vitro the encapsulated pomegranate extract shows a dose-dependent, SOD-like antioxidant activity which is superior to most common antioxidant plant extracts. Additionally, Viqua demonstrated the ability to inhibit the destructive action of the skin enzymes collagenase and elastase, thus potentially protecting the skin from the effects of premature ageing.

Figure 2: Location of Viqua in the adipocytes

The real breakthrough of Viqua however is its ability to specifically transport the pomegranate antioxidants into the skin cells’ mitochondria, believed to be only possible through ADS nanotechnology.

Viqua can be shown to penetrate skin cells intact. In an in-vitro test, human 3T3-L1 adipocytes were cultured for three hours with Viqua, into which had previously been incorporated a fluorescent red marker. After incubation, fluorescent microscope pictures revealed that Viqua is specifically located inside the adipocytes, and more specifically in the zones surrounding the lipid droplets, known to be extremely abundant in mitochondria (figure 2).

Viqua is not only located inside the cells either, but also performs its antioxidant action from there. In a second test, adipocytes (both cultured with Viqua and not) were subjected to elevated oxidative stress, created by the addition of H2O2.

Viqua cultured adipocytes show a dose-dependant ability to reduce oxidative stress (figure 3), thus proving that the ADS powered antioxidants which are located inside the cells are active. 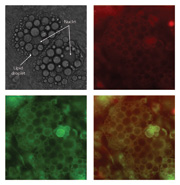 As the main site of free radical production, and origin of the cell’s oxidative stress, the mitochondrion is a key target for any antioxidant treatment. By encapsulating pomegranate extracted antioxidants with ADS nanotechnology, Viqua is expected to specifically target the mitochondria of skin cells and perform antioxidant action from inside them, resulting in considerable benefits for the skin.

Volunteer self-assessment results mirrored the product efficacy results proven above. The subjects treated with Viqua always expressed a higher satisfaction score compared with those who were given the placebo

Pomegranates are nature’s secret gift to youthful, beautiful looking skin. Viqua follows where nature leads, in this case powered by the innovative ADS nano-delivery system made of pomegranate itself, Viqua concentrates the beautifying essence of pomegranate in its most powerful and bioavailable form. The result is a whitening, anti-ageing and anti-inflammatory beauty product with clinically proven efficacy. Its perfect stability and safety allows use in a diverse range of food and cosmetic applications.

This new generation nano delivery system demonstrates how advancement in nanotechnology exploits the best of nature and science to raise the efficacy and safety of active ingredients to a new level.