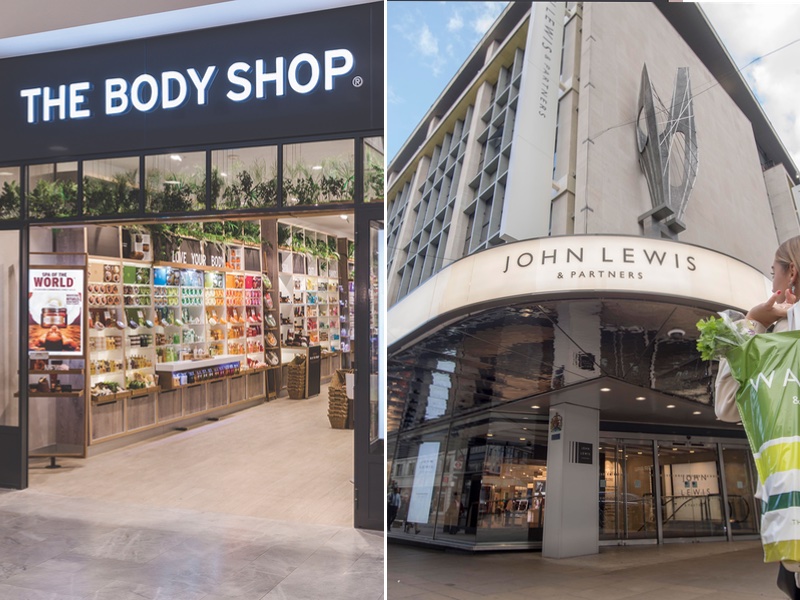 Beauty brand The Body Shop and department store chain John Lewis have been ‘named and shamed’ by the UK government for paying staff under the minimum wage.

The British high street stalwarts are among 191 businesses called out for breaking national minimum wage law.

Investigators at Revenue and Customers found altogether the employers owed £2.1m to more than 34,000 workers.

Despite being an employee-owned company, John Lewis was the worst performer of the nearly 200 businesses under fire, having failed to cough up almost £100,000 to more than 19,000 workers.

The Body Shop, which prides itself on its ethical practices and is acclaimed for its activism in the beauty sector, failed to pay 959 staff members some £34,000.

In a statement to Cosmetics Business, The Body Shop said it had reimbursed staff members who were owed for ‘uniform costs’.

“The Body Shop is committed to paying all our own UK employees the UK Real Living Wage.

“We fully cooperated with HMRC during a routine audit in 2018, which identified that we needed to reimburse a number of store-based employees for uniform costs.

“This was to cover clothing that our store-based colleagues wore in our stores from 2015-18; a time when the company was transitioning from its previous ownership.

“The affected employees, which include previous and current employees, were reimbursed and our case was closed in 2018. We also reviewed our uniform policy to allow our employees to wear their own clothes to reflect their individual styles and personalities whilst working in our stores.”

Meanwhile, a spokesperson for John Lewis said they were “surprised and disappointed” by the report, and blamed a technical breach for the under payment.

“This was a technical breach that happened four years ago, has been fixed and which we ourselves made public at the time.

“The issue arose because the partnership smooths pay so that partners with variable pay get the same amount each month, helping them to budget.

“Our average minimum hourly pay has never been below the national minimum wage and is currently 15% above it.”

A handful of hair salons up and down the country were also identified to have underpaid workers, as well as other small-scale retailers.