Trends in the UK suncare market 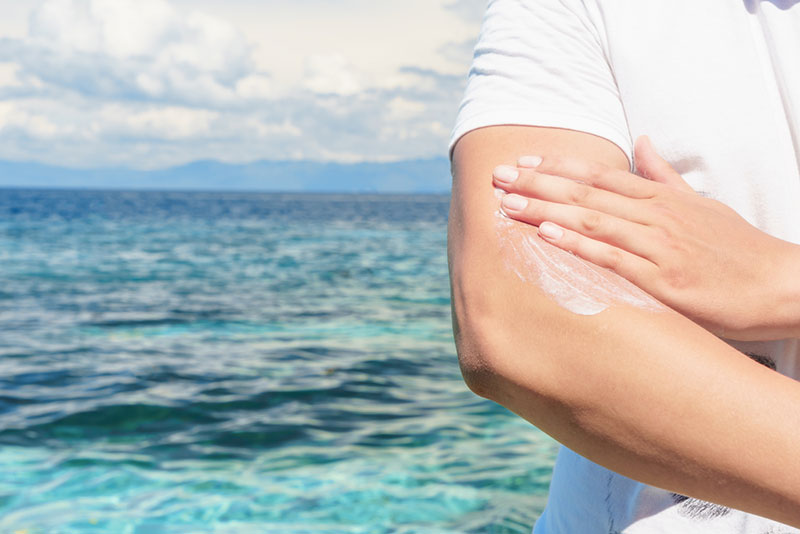 Today’s sophisticated suncare formulations are a far cry from early suncreams which were created by L’Oréal founder Eugene Schuller in the 1930s.

During the last decade, sunscreen formulations have become ever more refined; gone are the days of sticky formulations which left a thick white film on the skin. Modern suncreams are more akin to skincare with the addition of a high SPF.

These light feel formulations can be traced back a decade to Ambre Solaire's Light & Silky range which was launched in 2009 and are achievable thanks to chemical UV filters.

The sector is also more segmented with different products for face and body, kids and adults in a multitude of formats - lotions and sprays, mousses, sticks and roll-ons. This reflects the consumer's growing demand for choice and higher disposable incomes for many.

A distinct feature of the market which has really grown and developed during the last decade is what is considered to be a high factor. Ten years ago, a factor 50 was unusual and would only be worn on holiday in a very hot climate but consumers are now conditioned in to seeing this as mainstream, and many use high factors daily in moisturisers and make-up.

There are two main reasons for this: modern UV filters allow us to formulate products that feel nice to use and we are constantly bombarded with messages telling us how harmful the sun is to our health. The consumer group most concerned about sun damage are the parents of young children and while protection factors are high in general, this is particularly apparent in the children's market where there is a choice of SPF 30 or 50.

We can, in part, attribute the demand for light feels combined with high protection factors to the innovative South Korean market. South Korean consumers are notoriously wary of the risks associated with sun exposure and a moisturiser that contains a very high SPF - often SPF 50 - is an integral part of a beauty conscious consumer's skincare regime.

Ten years ago, a factor 50 was unusual and would only be worn on holiday in a very hot climate but consumers are now conditioned in to seeing this as mainstream, and many use high factors daily in moisturisers and make-up

During 2016/17, the Korean market was the place to look for inspiration and during this period the Koreans produced some very high protection skincare in light feeling formats.

When a daily routine involves the use of many layers, they need to be light! Products such as Thank You Farmer - Sun Project Light Sun Essence SPF 50 is a typical example; a lightweight, high protection against sun damage without leaving a sticky or heavy feeling on the skin.   Facial suncare is seen as a distinct category by many who would not dream of putting a product designed for over-all body use on their face.

Eau Thermale Avene launched Mattifying Cleanance Sunscreen Very High Protection SPF 50 Plus last May. It is ultra-light in texture and contains a sebum regulating active, making it a good choice for those with oily, blemish-prone skin, who are more likely to get spots when sunbathing and using a heavy formulation on their face. 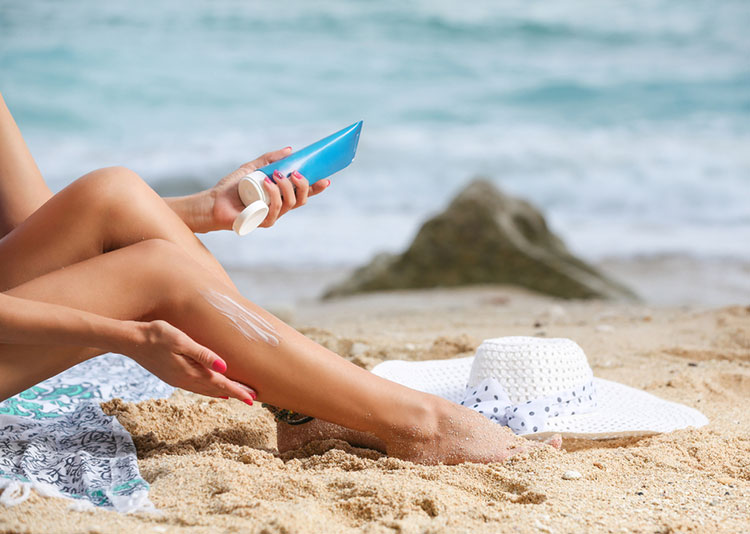 Facial suncare specific to intended sun exposure e.g. sunbathing, should not be confused with daily skincare moisturisers which also contain an SPF. Consumers often, and wrongly, assume that their daily moisturiser or make-up will provide them with sufficient protection for extended sun exposure, but this is not the case.

However, it does provide some protection and is a worthwhile element to include in these applications. The reason is the difference in production application. A suncream should be applied liberally - 2mg of product per square cm if you want the SPF that is detailed on the pack - while a foundation would never be applied in this way, and it would also be unusual for a moisturiser to be used this generously.

During the cooler months and when sun exposure is at a minimum, daily use products which contain an SPF are an excellent idea. bareMinerals Complexion Rescue Defense Radiant Tint Protective Moisturizer SPF 30PA+++ is a great example of a product that ticks a lot of boxes. It is a tinted moisturiser that evens the complexion, provides radiance, provides moisturisation with cacao extract, defends against blue light, helps prevent damage from pollution and offers superior UV protection.

Its clear that modern sun care formulations are more sophisticated than at any point in the past, and this applies to products for use on the body, as well as the face. As well as feeling comfortable on the skin, there is always the desire for products that are that bit different.

As a formulator I frequently get asked if a can make a water-like sun protection mist and I have to explain that this is not possible. UV filters are oil soluble and to get a good SPF you need a high level of them, meaning it is not possible to solubilise this large percentage of the overall formulation into the water phase, thus creating a clear formulation.

Ambre Solaire has recently devised a clever solution to this marketing desire by creating a transparent two-phase system in the form of UV Water Transparent Protecting Spray SPF 30. It is composed of an oil phase containing UV filters and a water phase containing Aloe Vera to provide a light and refreshing texture.

The formula absorbs quickly and is said to give a velvet finish on the skin that hydrates for up to eight hours. Instructions tell users to shake vigorously before use to homogenise the product.

There are more launches in the area of roll-on products, particularly for those aimed specifically at children. Nivea, in particular, are pushing this format, but only, it would seem, as part of their Kids range.

Child's Farm also has two roll-on format sunscreens in SPFs 30 and 50. This suggests that marketing departments see roll-on formats as easier to apply to wriggling kids who want to go and play in the sun. Sprays are also pushed at the children's sector, with many new launches appearing during 2018.

An exciting launch was Ambre Solaire's Kids Sensitive Advance Anti Sand Spray SPF 50, which is said to have a sand repelling action. If it works it would be a fabulous addition to anyone's beach bag, young or old!

As well as UV protection for the skin, there are whole ranges dedicated to the protection of hair from the sun. Phyto Plage L'Originale has been protecting hair since 1974, but last year the brand launched a complete system for holiday hair. Sun Veil is a new shield product for use while out in the sun, unlike L'Originale the protective film it forms, is invisible.

For aftercare, there is a 3-step regime.

A shift in the market?

The use of very high factors has become prevalent in recent years. There is a considerable amount of public health advice warning against the dangers of sun exposure and it is, of course, true that the sun can be very damaging. However, 2019 could be the year that we start to take a more measured approach to sun exposure. In her recent book, Chasing the Sun, British science author Linda Geddes warns that "too little sunlight puts our health at risk" and it seems that this claim is increasingly being backed by scientific studies.

Researchers at Sweden's Karolinska Institute have been tracking the lifestyle habits of nearly  30,000 women for more than 20 years and have found that one habit stands out - sun avoidance. Analysis showed that a whole range of common health problems are more common amongst those who shun the sun and these were more common during winter. When the team checked the mortality rate over the 20-year period, they found the sun avoiders were twice as likely to die as the sun worshippers, primarily due to a higher risk of heart attacks and strokes. 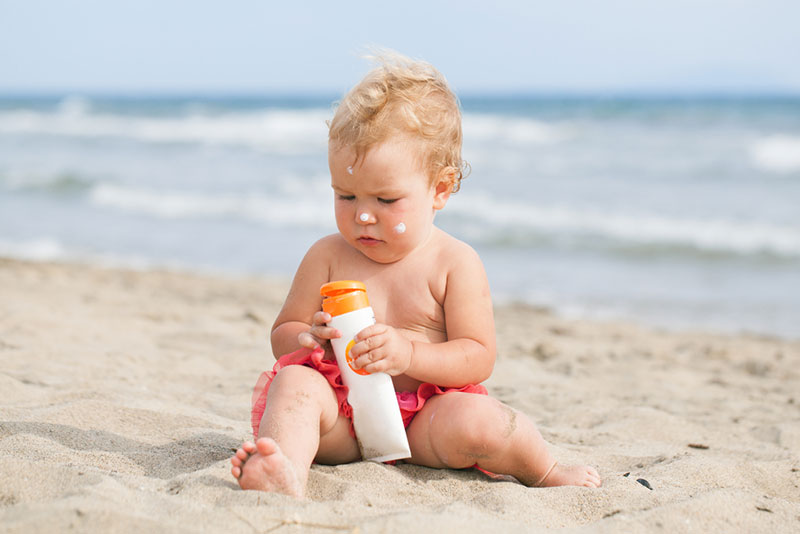 Back in 2010, University of Edinburgh dermatologist Dr Richard Weller discovered a previously unknown biological pathway by which nitric oxide is stockpiled in our skin and activated by sunlight. His most extensive study, reported in July 2018, is illuminating. It involved tracking the blood pressure of 340,000 people in 2,000 spots around the US for three years, adjusting for variables such as age and skin type. He says that his results have proved that the people in sunnier climates have lower blood pressure than northern neighbours because of higher nitric oxide levels.

Weller goes on to say: "As a dermatologist, I am in the difficult position of trying to balance the undoubted skin cancer-protecting effects of sunscreen against this growing body of evidence showing that exposure to the sun has cardiovascular benefits".

An additional health concern caused by a lack of sunlight is rickets, particularly in children. It is estimated that around a fifth of adults and up to a quarter of children have low levels of vitamin D. Testing for this deficiency increased six-fold between 2004 and 2011.

Professor Alastair Sutcliffe, of University College London's Institute of Child Health raised his concerns about this problem back in 2015 and thinks that the prevalent use of very high factor sun creams, which are unnecessary for our climate, is a contributory factor. He also pointed out that Asian and black children are more prone to the disease as darker skin requires more sunlight compared to lighter skin tones.

All of this information indicates that it's time we took a more considered and moderate approach when choosing what level of sun protection is required.

While it is understandable that many have opted for the belt and braces approach of 'the higher, the better' when confronted with sunny weather, time is beginning to prove that this is not the safest option.

To conclude, the UK suncare market is diverse and segmented with many sophisticated products to suit an array of discerning consumers. In the future, we could see less of a push towards the very high factors as health reports from experts start to trickle down into mainstream media. However, daily UV protection for the face will be going nowhere.

This sensible approach delivers a moderate amount of protection against daily UV damage which is a huge contributory factor in skin ageing.