The brand made the big reveal of the Badgal Bang! volumising mascara on 1 February, after weeks of building up hype on social 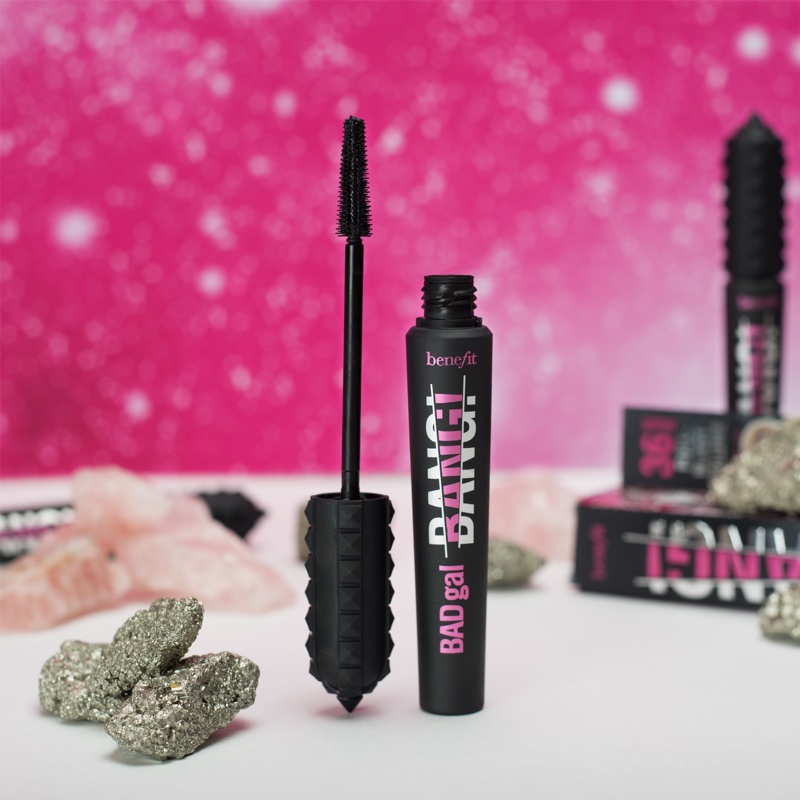 Benefit has revealed its new Badgal Bang! volumising mascara (£21.50), touching down in stores in the UK on 1 February.

Benefit centred the product launch around its key ingredient, aero particles, which are the lightest raw materials in the atmosphere and commonly used to make satellites, spaceships and spacesuits.

The wand has 360° reach to help cover lashes from corner to corner and is designed to last for 36 hours. The spaceship-inspired packaging features a grooved handle, and an extra-long mascara wand.

Prior to the launch, Benefit heavily promoted the release with an out-of-this-world theme, creating hype among fans.

It set up silver spacecraft pop-up stores in Kent’s Bluewater Shopping Centre, on Market Street in Manchester and Queen Street in Cardiff.

It also released image of the fuchsia pink astronauts touring various landmarks in London, including Millennium Bridge, Carnaby Street and on the underground.

Refillable make-up: how can brands boost the customer experience?
Boss of the gloss: Why the trend for lip oils will stick around in 2023
Lady Gaga taps into ‘clean’ movement with Haus Labs revamp
The 9 beauty drops to look out for in May
Cosmetics Business rounds up 7 new beauty products on the market this week
The 9 beauty products launching in time for Easter
GXVE by Gwen Stefani is the debut beauty brand of the noughties superstar
La Bouche Rouge raises €10m in fresh investment
Local allure: Is C-beauty ready for global domination?
KVD Beauty's TikTok viral foundation is now available as a concealer
Luxury beauty launches and pop-ups are back with a roar for Lunar New Year 2022
Cosmetics Business Trends 2022: Beauty's Metaverse takeover
Trend forecast 2022: The application of joy in beauty
Benefit teams up with Uber Eats to give the gift of groomed brows
Emma Raducanu joins house of Dior for beauty and fashion