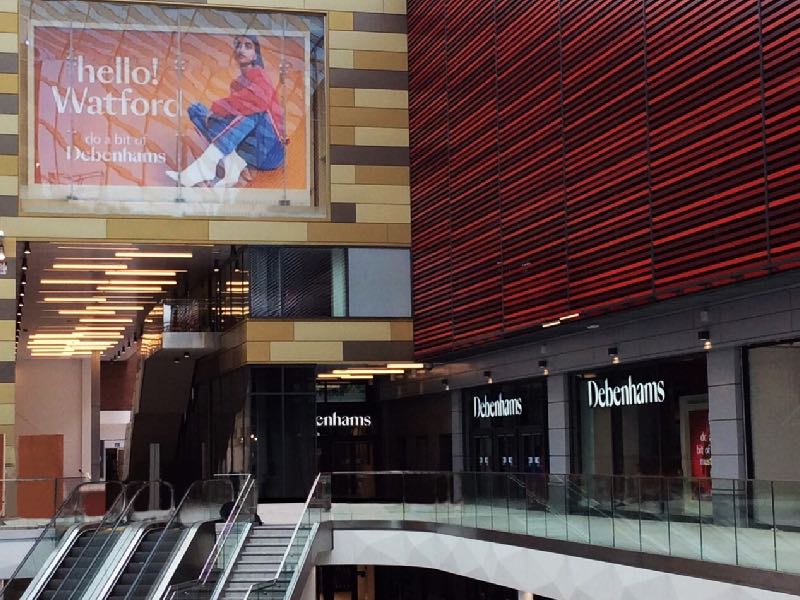 The terms could not be reached with investment fund Intu, which is in financial trouble itself, after writing down the value of its shopping centre sites by nearly £2bn, according to the BBC.

The retailer’s stores in Metrocentre, Milton Keynes and Watford, will remain permanently shut after being temporarily closed due to the coronavirus pandemic.

According to reports, these closures could mean a loss of around 300 jobs.

“Sadly we have been unable to agree terms with the landlord,” a Debenhams spokesperson said.

“As a result, these stores will not be reopening in line with the rest of the chain next week.

The spokesperson also told Cosmetics Business it greatly regrets the effect this will have on its colleagues, who it said had served its customers with “commitment and dedication”.

The news is a blow for the chain, which announced in April that at least seven stores would not reopen after the lockdown.

In order to protect itself from legal action Debenhams also had to enter ‘light touch’ administration.

Beauty helps Debenhams clinch status as ‘largest’ online shopping destination
Debenhams exits high street after more than 200 years
Cosmetics Business reveals 5 trends shaping the future of beauty retail in new report
One year on: How Covid-19 shaped beauty
Boohoo continues raid on high street and enters talks with Arcadia
Boohoo buys Debenhams for £55m but risks thousands of jobs
Debenhams confirms Oxford Street store will not reopen after Covid-19 lockdown
Next in talks with US investors for joint takeover of Topshop owner Arcadia
'We could see the death of the department store': Retailers must stop living in the past to save the future of the high street
Authentic Brands plots double takeover of Arcadia and Debenhams
Mike Ashley makes 11th-hour bid to save 12,000 Debenhams employees
End of an era for British retail: Debenhams prepares to close doors and risks 12,000 jobs
Debenhams rescue deal could see half of stores shut
JD Sports' rescue deal for Debenhams could save thousands of jobs pre-Christmas
Mike Ashley left ‘furious’ over Debenhams exclusion as liquidation preparations begin