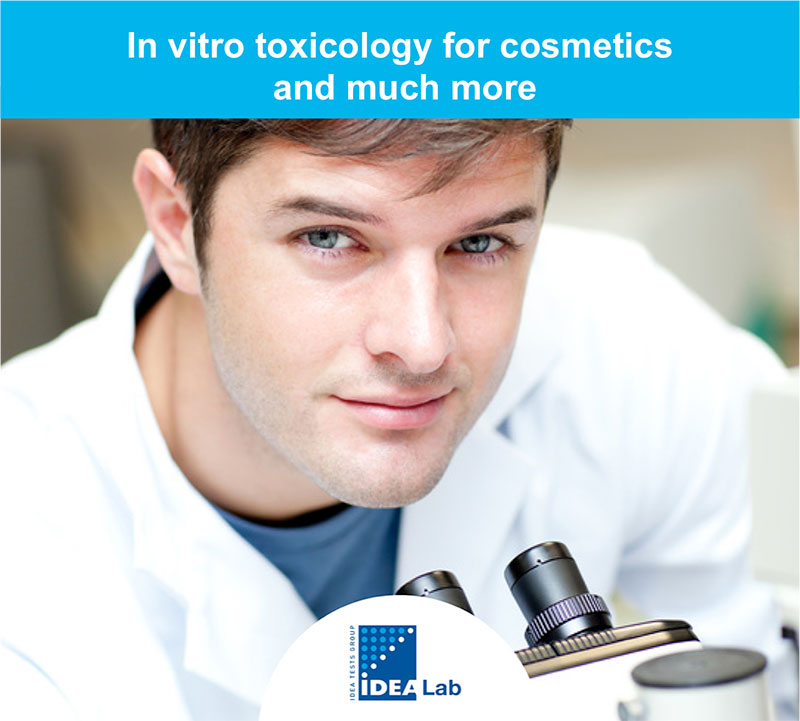 The Cosmetics Regulation 1223/2009 is the main regulatory framework for finished products when placed on the EU market. Cosmetic products must be safe for human health.

The safety is largely based on the security of the ingredients, and their toxicological profile has to be evaluated.

The determination of the toxicological profile of an ingredient is based on a series of toxicity studies and the major endpoints that may be relevant to assess are eye and skin irritation, skin sensitization, photo-induced toxicity and genotoxicity. For each one, different test methods may be used and, depending on the type of sample, some may not be suitable.

It is therefore not easy to navigate the complexity and multiplicity of tests available.

This article aims to propose a clear and simple approach for toxicological testing of cosmetic ingredients.

First, in order to be worldwide recognized and accepted, the methods used have to be internationally validated, preferably published in OECD Guidelines, and conducted in compliance with the GLPs. In addition, the regulation prohibits ingredients that have been subject to animal testing after 2013.

Eye irritation potential can be assessed with different validated methods: BCOP (OECD 437), ICE (OECD 438), FL test (OECD 460), RhCE test (OECD 492) or STE (OECD 491) for instance. But in the best case, these methods allow to classify the product as “corrosive” or “non-irritant”.

For mild or moderate irritancy there is no validated method and it is therefore recommended to use additional tests even if they are not fully recognized, such as Het-Cam or Neutral Red Release.

The combinations BCOP/Het-Cam or RhCE test/Het-Cam are the most frequently used.

Two approaches can be used: a “top-down” approach starting with the OECD 431 or a “bottom-up” approach that is mostly used for cosmetic ingredients. It starts with the OECD 439 and if needed, i.e. if the sample is not “non-irritant”, the OECD 431 is used in order to discriminate between “corrosive” and “moderate irritant”.

Phototoxicity has to be addressed only if the sample absorbs in the UVs. In that case, one test exists that can be suitable for nearly all types of sample, the 3T3 NRU test (OECD 432). For compounds that are difficult to dissolve in aqueous solvent it is also possible to perform a test on RhE, but this test is not validated.

Genotoxicity refers to phenomena that alter the genetic material of a cell or its transmission. Hence different processes could occur: Mutagenicity: a change in the nucleotide sequence in the DNA, leading to a single gene or a gene segment modification.

Clastogenicity: a structural modification of the DNA such as gaps, breakages or chromosome rearrangements.

Aneugenicity: a change in the number of chromosomes due to a loss of one or more chromosomes at the time of their separation during the anaphase step of the mitosis.

Thus, genotoxicity evaluation of a compound must include tests that can detect these three endpoints.

No individual test can cover the 3 endpoints. Therefore, they could not be used as stand-alone tests and battery of tests is needed to provide the adequate coverage of the endpoints. The SCCS recommends two tests 3 for the base level testing of cosmetic substances:

The determination of skin sensitization potential is one of the most important toxicological endpoint in the development and evaluation of cosmetic ingredients.

During the last few years numerous of in vitro tests have been developed.

The approach used for in vitro sensitization tests development was based on the AOP concept (Adverse Outcome Pathway). It relies with the analysis of every step of the mechanistic reactions involved in the sensitization phenomenon, from the chemical structure and properties of the molecule, to the organism response. It allowed to determine 4 major “Key Events” (KE).

Due to its complexity and the fact that no specific step has been identified for the determination of the potency of an allergen, the sensitization mechanism cannot be summarized with only one KE. An Integrated Testing Strategy (ITS) is needed to cover the maximum of KE for the skin sensitization hazard identification and classification.

However, there is no official or recommended ITS and many individual strategies are described in the annex I of the OECD No 256 document. Ideally, the ITS should target the KE1, KE2 and KE3.

The approach often used is a "2 out of 3" strategy. 3 tests, i.e. DPRA, KeratinoSens and h-CLAT are usually performed together in combination and 2 of 3 tests must be matching for rating.

The 3 tests can be performed sequentially and some companies adopted the strategy to stop at the first one if the result is positive.

Due to the potential complexity of samples the DPRA is often not applicable and a fourth test should be used. In that case the most currently used test is the SENS-IS, still with a "2 out of 3" approach.

Complementary parameters could be addressed such as acute oral toxicity (OECD 129), skin absorption (OECD 428), ecotoxicology or biodegradability. Recently, the question of endocrine disruptors raised and toxicologists will certainly have to perform a risk assessment for this parameter.

Few in vitro methods exist but with some limitations due to the complexity of this topic. Promising tests performed on fish embryo or xenopus tadpole were recently developed and are being validated.

NEW: Cosmetic formulations sensitisation test, an in vitro alternative to HRIPT
In vitro skin sensitisation evaluation: Spotlight on the SENS-IS
Everything you always wanted to know about in vitro toxicology for cosmetics
Sea, sand, sweat: How resistant is your sunscreen?
A full range of tests for anti-pollution claims substantiation
New anti-pollution in vivo and in vitro tests
Beauty goes dutch: in-cosmetics Global event takes Amsterdam
What tests for skin sensitisation, endocrine disruptors and pollution?
IDEA In Vitro Sensitisation Tests
Antioxidant Efficacy