The 110hp 1.2 litre 3-cylinder petrol model will be available in both hatchback and convertible models with either a manual or automatic transmission. There will be 1,400 cars created, with 500 destined for the UK, 25 for Italy and the rest distributed to other countries.

So far, so normal, however, tweaks to the standard DS3 model come when examining the aesthetics. The interior features a hidden compartment concealing a bespoke Givenchy make-up kit in the centre armrest; the kit consists of Noir Couture mascara, Le Prisme Visage compact powder, Nail Varnish in limited edition shade Whisper and Le Rouge lipstick. Meanwhile, the car is fitted with a special LED lighting system on the two sun visor mirrors in the front seats, for ease of make-up application before or after driving. Floor mats feature the limited edition Givenchy logo, while the dashboard is rose pink.

The car’s exterior features an Opaline White finish, while a contrasting Whisper Purple tinted roof is further picked up on the mirrors and hubcaps. The convertible version has a black roof. The Givenchy logo also features on the doors.

Thierry Metroz , DS Design Director, said: “The new DS3 Givenchy Le MakeUp is an amalgamation of the expertise of two leading brands. Givenchy embodies distinctive luxury that is modern and creative, and takes great care over materials, textures and colours, just like us. We have a lot in common and share similar values​​." 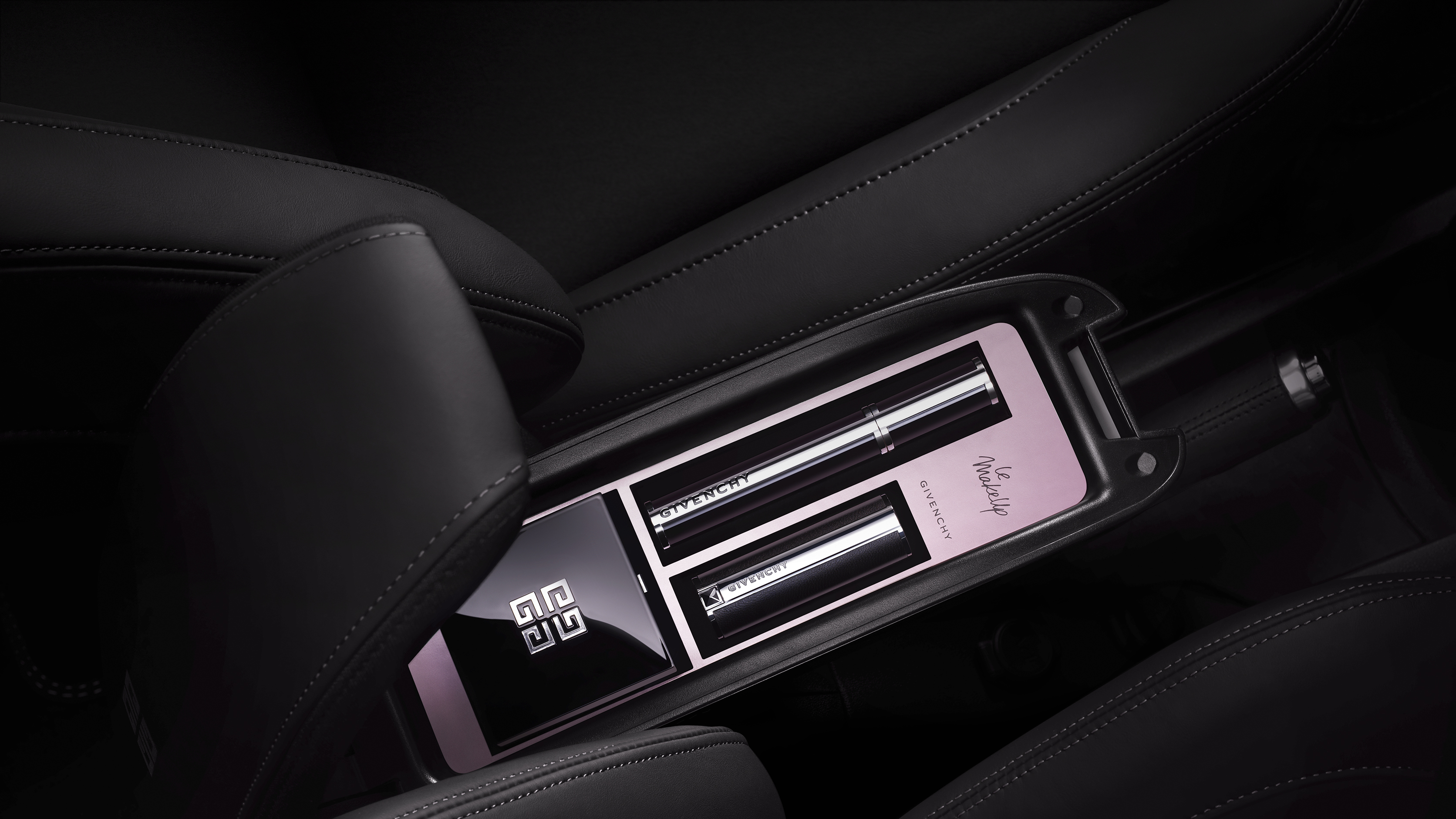 The car will be on show until 7 June at DS World Paris, an exhibition held in France. Products from Givenchy will also be on sale at the event.

Refillable make-up: how can brands boost the customer experience?
Did Feelunique just hint at the rumoured Sephora London store?
Boss of the gloss: Why the trend for lip oils will stick around in 2023
Sephora set for UK return? Everything we know about the about the rumoured London store
Bulgari brings Rome to Paris with counter in Samaritaine department store
Glossier will be stocked at Sephora from 2023
LVMH half-year results soar despite weak growth in China
A Benefit Cosmetics-themed bottomless brunch is coming to London
Sephora to sell Russian subsidiary
Bulgari takes Rome to Istanbul with remodelled Turkish stores
From cognac to cosmetics: LVMH Beauty appoints Philippe Farnier to head up travel retail
Lady Gaga taps into ‘clean’ movement with Haus Labs revamp
The 9 beauty drops to look out for in May
Cosmetics Business rounds up 7 new beauty products on the market this week
The 9 beauty products launching in time for Easter