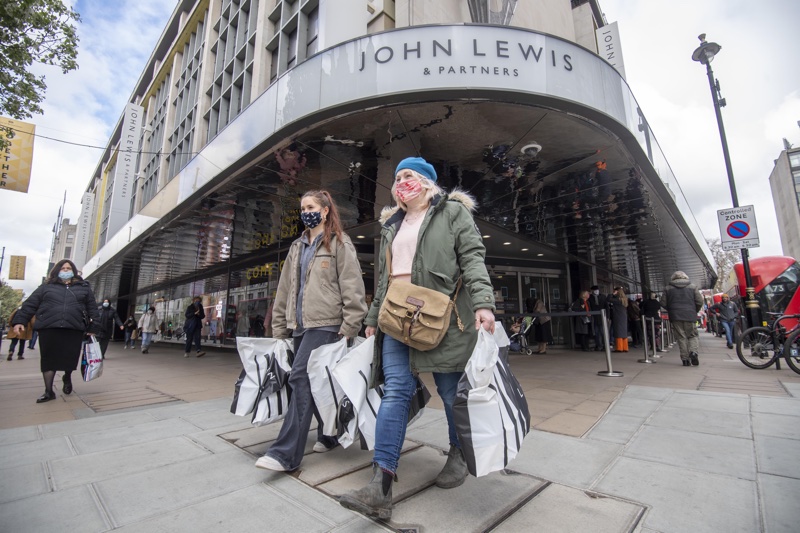 John Lewis is in hot water with its partners after workers accused the department store chain of paying them ‘poverty wages’.

According to a petition, launched on the Organise platform and signed by more than 30,000 signatories, the high street name – which is owned by its employees – is paying 20% of its staff below the Real Living Wage.

John Lewis, helmed by former Ofcom boss Sharon White, who upon taking up the role in 2019 was paid a basic salary of £990,000, is said to have told workers it ‘cannot afford’ to pay all partners the Real Living Wage, and that executives aim to pay workers the minimum wage ‘when profits are high enough’, the petition said.

In letters to John Lewis bosses, staff have accused the household name of a miscarriage of justice as hundreds of partners are paid salaries of £100,000 or more.

“This feels especially insulting after most partners at Waitrose worked in stores throughout the pandemic and many partners from John Lewis either worked from home or helped out at Waitrose stores, all keeping the business going,” the petition noted.

Last year, however, John Lewis rewarded staff in non-managerial positions and first level managers with an additional £25 every week they worked from 12 April to the end of May, a totalling £200.

Additionally, employees’ discounts at partner retailer Waitrose increased from 15% to 25% for 13 weeks, settling on 20% following the peak of the pandemic.

“Without a living wage, full-time workers who are paid by the hour struggle financially and part-time workers with fewer hours struggle even more,” it continued.

John Lewis was one of the 191 businesses ‘named and shamed’ by the UK government last month for underpaying staff.

The British stalwart was dubbed the worst performer of the nearly 200 companies, having failed to cough up almost £100,000 to more than 19,000 workers.

However, in a statement to Cosmetics Business at the time, John Lewis said that the underpayments were a “technical breach”.

“We're surprised and disappointed that BEIS has chosen to report this today,” the spokesperson said.

“This was a technical breach that happened four years ago, has been fixed and which we ourselves made public at the time.

“The issue arose because the partnership smooths pay so that partners with variable pay get the same amount each month, helping them to budget.

“Our average minimum hourly pay has never been below the national minimum wage and is currently 15% above it.”

In response to the petition John Lewis told Cosmetics Business: "Our average hourly rate of pay for all non-management partners across the partnership is £10.32, which is above the current Real Living Wage for the majority of the UK.

"Our hourly rates of pay for partners start from £9.50 - 15% above the national minimum wage and in line with the Real Living Wage for the majority of the country.

"We’ve committed to raising salaries for all our partners to at least the Real Living Wage when we make an annual profit of more than £200m."