Aerosols are versatile and evolving, as Patrick Heskins, Chief Executive of BAMA, explains

The latest figures show that 2015 was another record year for aerosol fillings in the UK, with over 1.5 billion cans produced by UK manufacturers. The sector is dominated by personal care and the majority of these are deodorants and antiperspirants. However, other areas of personal care aerosols are growing rapidly as marketers and consumers take advantage of the no-spill, easy application and reliability of the package.

But even the world of deodorants and antiperspirants is changing. Because of the nature of the formulation, it is possible to concentrate or ‘compress’ the same amount of active product into a significantly smaller pack. By carefully choosing the technology used in the valve and actuator system on the top of the can, manufacturers can make these smaller aerosols last the same length of time as the larger cans and offer exactly the same level of efficacy for consumers. For antiperspirants in particular, as the active ingredient is a powder such as aluminium chlorohydrate, control of the particle size of the powder is especially important to avoid problems with blockage through the dispensing mechanism.

The category of fake tan and sunscreens grew dramatically last year. The technology used in these often allows the product to be applied anywhere on the body as it has the ability to spray at any angle because the product is contained within a bag inside the can. This means you can turn the can upside down when you want to spray your back, or on to the back of your legs and arms, and it works just as efficiently as it does when upright.

Beyond deodorants and body sprays one of the largest areas for personal care aerosols is the category of shave gels and foams. The aerosol pack is unique in that it can allow the formulator to have a product that dispenses as a clear, clean gel which only starts to foam as the user works into the area they want to shave. This post-foaming technology has also been applied to shower gels and toothpastes in aerosol cans.

Sales of shaving products have fallen a little over the last few years as men of all ages sport beards and designer stubble.

As ever with fashions, particularly in male grooming, I suspect there will be a move in the other direction in the near future and we anticipate seeing this market bounce back with fewer hairy men on the streets.

However, the growth of moisturisers and lotions in aerosol packs has compensated for some lost volume in other areas. 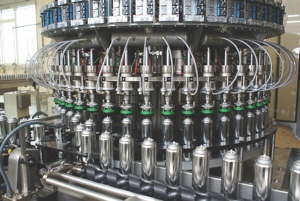 As with sunscreens, moisturisers can be made to spray at any angle, allowing consumers to reach places they had long forgotten about. Aerosols allow moisturisers to be dispensed as a spray, as a cream and even with a light moussing effect to help with dispersion onto the skin and improve absorption. The moussing effect is created by the inclusion of a small amount of gas, such as CO2, into the product during filling and this helps to build a mousse as the product is dispensed.

So what’s next for the aerosol package?

It’s been around for over 80 years now but is so versatile it has become ubiquitous. Without the development of barrier pack systems such as bi-can and bag-on-valve technology, shaving gels couldn’t have been developed, as this physically separates the propellant used in the can for dispensing the products while holding the agents used to create the foaming effect in equilibrium inside the bag. By varying the level of foaming agent, or using products which have different boiling points, you can make a product which produces a lightly foaming gel through to something with a substantial foam.

Now companies are developing double bag systems that will allow formulators to keep products separate right up until the point of dispensing. This means formulations such as permanent hair colourants can now be put into a single aerosol pack and, if used just for dyeing small areas, such as root touch-up, allow the aerosol to be used repeatedly rather than having to mix all the ingredients at once.  Previously this sort of application was only possible by having two cans fixed together and then dispensing through the actuator. This dual bag technology has also been used for a glow-in-the-dark product that uses glow-stick technology to create a fluorescent spray.

From the early days of ‘bug bombs’ developed in the Second World War to protect troops from insects in the Far East, the aerosol package has developed to the array of products we see today and I anticipate that more product ideas will be put into this hugely versatile pack in the future as consumers embrace the qualities of convenience, control, performance and sustainability that make this format so special. Few other packaging formats, if any, play such an integral role in the very nature of the products due to their delivery method.