As the Y2K trend makes an appearance in the fashion world, these are the 90s beauty revivals appearing on the video-sharing social media phenomenon 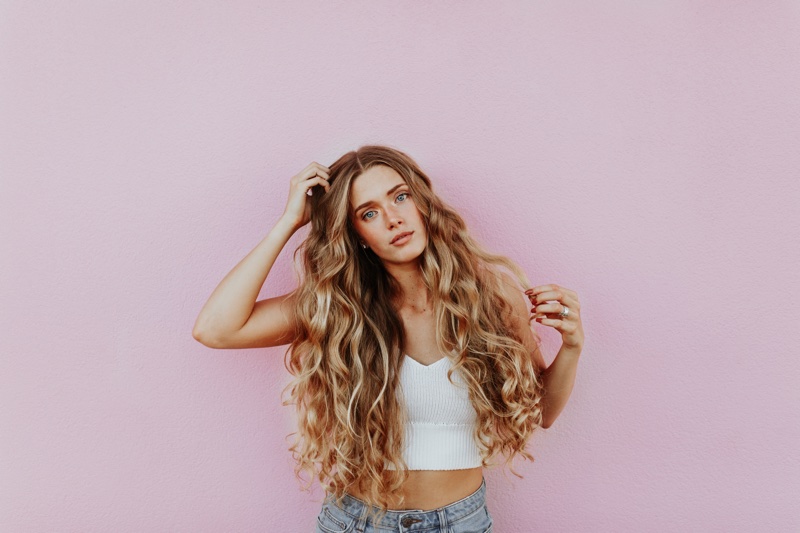 According to the group’s findings, the #pressonnails hashtag has been viewed more than 1.3 billion times, as of 7 May, topping the leaderboard as the most watched beauty movement.

Scrunchies were the next most popular videos via the Chinese social site, mustering more than 946 million views, followed by fake tan and a 90s beauty favourite, temporary tattoos with 593 million and 554 million views, respectively.

Red lipstick and winged eyeliner also made the top ten, as did glitter lips, all with more than 150 million viewings.

Meanwhile, the fastest growing trends picked out by the PolicyBee include the mullet haircut, with weekly growth up 20%, followed by press on nails and best-loved 90s body spray brand Impulse with both seeing a 8% weekly hike.

Blusher, was another of the up and coming beauty trend, seeing increased views on TikTok, with a 7.22% weekly view growth.

Tooth gems are also expected to make a reappearance in 2021, clocking up more than 46 million watches.

“The current Y2K trend [inspired by mid-90s and early 2000s fashion], as well as a resurgence for all things 90s over the last year, has brought many nostalgic beauty trends back into the mainstream,” said PolicyBee’s Head of Customer Service, Kerri-Ann Hockley.

“With this in mind, we headed to TikTok to analyse the hashtag views for 100 nostalgic beauty trends to decipher which were currently the ‘most popular’.”