Cosmetics industry heavyweight Shiseido Company has issued a voluntary recall of some of its body washes.

The Japanese cosmetics company said the products affected include those made at its Kuki Factory between January and July, including Kuyura, Senka and Benefique produdcts, and several amenity products including The Amenity Aroma among others. 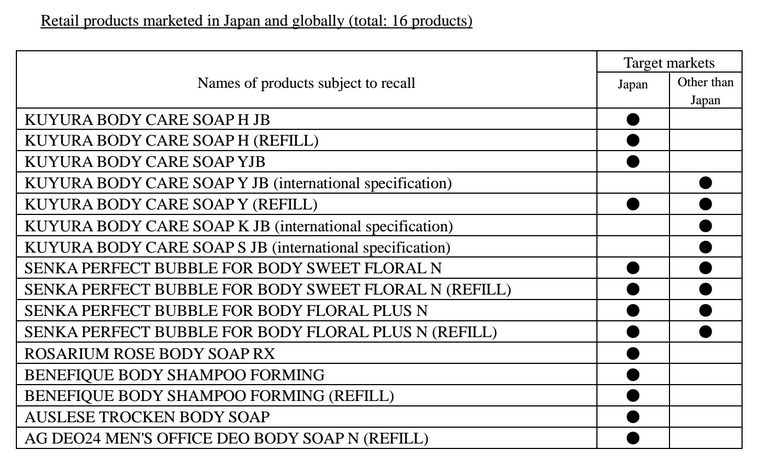 Markets other than Japan including Kuyura in China; Senka in Hong Kong, Taiwan and South Korea.

Citing an ‘uncharacteristic odour’, Shiseido said the products are not a risk to health or safety, and should still be effective at cleaning.

However, it stated: “We have concluded that the quality of these products does not match the expectations of our consumers… The issue was caused by an inadequate management system during the mentioned period and resulted in failure to meet the criteria specified in internal regulations.”

Shiseido will now carry out an internal investigation and review in order to prevent future re-occurence.