The most popular lipstick colour in the world

Millennial pink has been named the most popular lipstick colour in the world.

Virtual make-up giant YouCam Makeup, created by Perfect Corp, revealed that the neutral shade of pink is the most tested colour on its app, which sees more than 23.5 million ‘try-ons’ a day.

Lipstick preferences vary by region, with pinks generally dominating in the West, and bolder shades favoured in the East.

In the US and UK, almost 50% of lip colour try-ons are pink shades, a significantly higher percentage than other countries, where pinks typically only account for 20-35%. 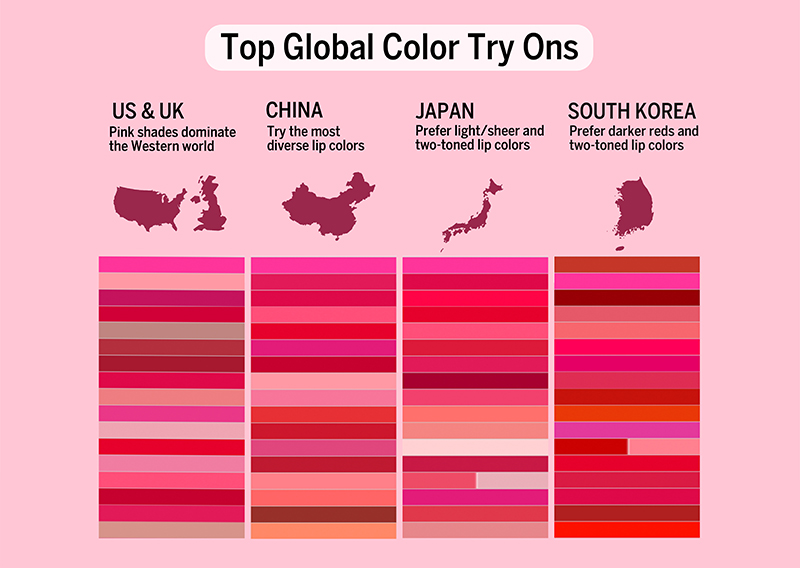 The trend for two-toned lips may be more prominent in the East at present, but interest is spiking – the look has experienced 74% growth in try-ons.

Matte-effect lips, another popular NPD choice this year, was dominant in several markets, being the most tried on texture in the US, UK and South Korea.

China again emerged as the most diverse region preference-wise, with no single texture favoured. Sheer and satin textures were the most tested in Japan, while sheer looks were also popular in South Korea.