This is how beauty standards have evolved over three decades 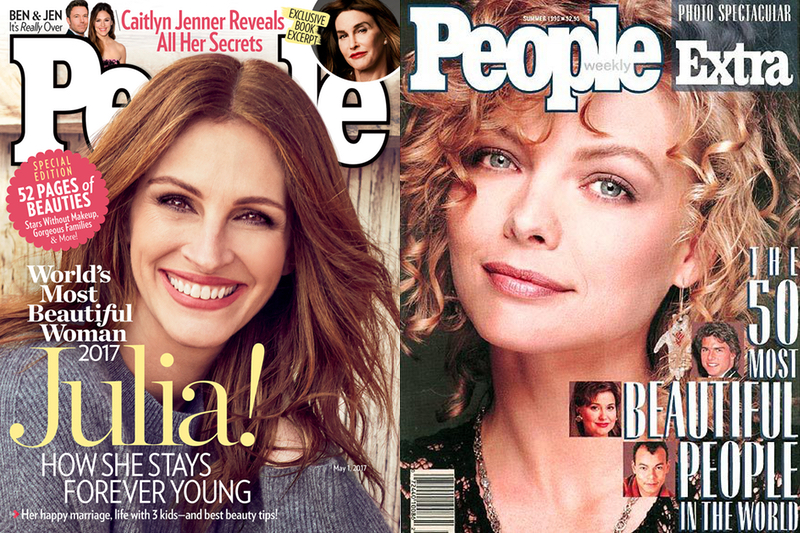 Julia Roberts and Michelle Pfieffer on the cover of People

Beauty ideals are getting older and more diverse, according to a new study from Boston University School of Medicine.

A 49-year-old Julia Roberts is on the cover of 2017’s ‘Most Beautiful People’ issue, while a 32-year-old Michelle Pfieffer graced the cover in 1990.

Researchers originally hypothesised that the standards of beauty have not changed in the last 27 years, but in fact People magazine's 2017 list revealed that perceptions have changed to be more inclusive.

Pictured: Viola Davis, at 52-years-old, was included on this year's list, and is an example of two trends noted by the study: the inclusion of more people of colour and more older celebrities.

This year also included 14 people of mixed races, as compared to just one in 1990.

In 1990, People magazine chose 50 men and women to represent what consumers see as beauty.

But now, that list is much longer – with 135 celebrities named.

The internet and mass media has been attributed to the shift in beauty ideals, as consumers are becoming more exposed to different cultures.

“This exposure makes us realize that beauty can be so many different things, and can change and evolve,” the report said.