G-III Apparel, the licence holder for Calvin Klein and owner of the Donna Karan, has joined Authentic Brands, Next and Boohoo in a transatlantic battle for Sir Philip Green's collapsed retail empire 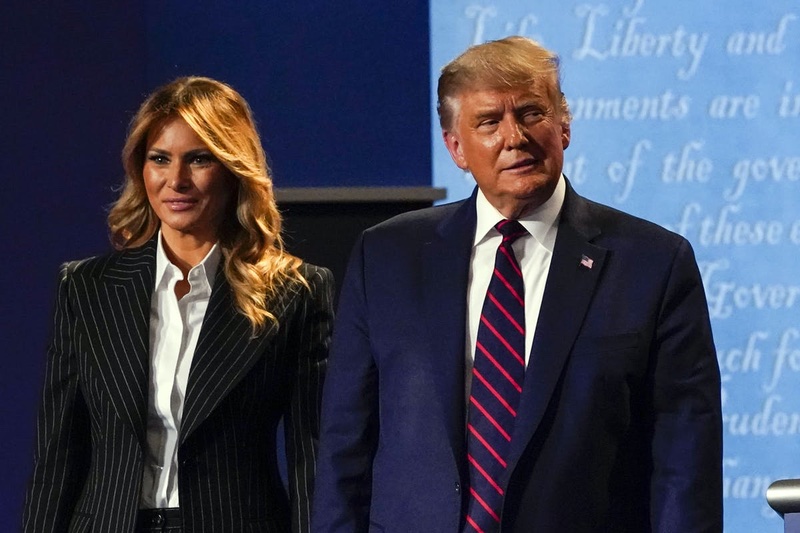 G-III Apparel, a clothing brand with business ties to the Trumps, has joined the race for assets belonging to Sir Philip Green’s collapsed Arcadia group, according to The Telegraph.

The Nasdaq-listed company holds the licences for Levi’s, Calvin Klein and the late Karl Lagerfeld’s clothing brand, as well as others.

In 2016, beauty owner LVMH sold Donna Karan to the family-run business for US$650m.

The owner of historic New York department store chain Barneys, Authentic Brands, was the first of the US businesses to register its interest in the bust tycoon’s house in December last year. It is also thought to be pursuing department store Debenhams.

Meanwhile, on the other side of the Atlantic, thriving retail group Next and fast fashion brand Boohoo are providing opposition for the American competition.

Bidders are yet to confirm which parts of the business they are interested in, however, Topshop is considered to be the biggest prize in Arcadia’s portfolio.

Earlier this month, rumours circulated that Arcadia had put the beauty and fashion label’s Oxford Street store up for sale, triggering an outcry from consumers.

i am legitimately sad about topshop closing and i will resent whatever shop takes over the big topshop on oxford street forevermore. sorry i know this is not very leftist of me

Say goodbye to 'meet me outside the big Topshop'. Feel weirdly devastated about the closure of the Oxford St store, even though it was indeed like descended into the varying circles of hell at time. This piece made me so nostaglic! https://t.co/mT18CXYU0B via @HuffPostUKLife

Asos pulls plug on 70 Arcadia stores
Boohoo buys Burton, Wallis and Dorothy Perkins to complete split up of Arcadia
One year on: How Covid-19 shaped beauty
Asos takes on Arcadia’s Topshop and Miss Selfridge brands for £265m
Asos eyes Arcadia’s Topshop, Topman and Miss Selfridge brands
Next scraps deal to takeover Topshop’s Arcadia as competition heats up
Next is frontrunner for Topshop takeover
Arcadia puts Topshop’s Oxford Street store up for sale
Next in talks with US investors for joint takeover of Topshop owner Arcadia
'We could see the death of the department store': Retailers must stop living in the past to save the future of the high street
Authentic Brands plots double takeover of Arcadia and Debenhams
Mike Ashley makes 11th-hour bid to save 12,000 Debenhams employees
End of an era for British retail: Debenhams prepares to close doors and risks 12,000 jobs
‘The obstacles were too severe’: Topshop owner Arcadia confirms administration