Australia’s cosmetics and personal care industry is embracing the net

And in Australia’s mature market, there are a lot to be had. Almost two in every three (64%) women in Australia (aged 14+) buy some kind of make-up in an average six months. Foundation is the most popular item overall, purchased by 36% of women, ahead of mascara (26%), lipstick (23%), face powder (21%) and eyeliner/eye pencil (19%), according to figures from Melbourne-based Roy Morgan Research.

Buying online is increasingly popular in Australia with, in any given four-week period, eight million Australians aged 14+ making at least one online purchase. Among these online transactions, cosmetics and personal care products have made important gains. Between April 2014 and March 2015, 316,000 Aussies bought cosmetics and 283,000 bought skin care products from an online retailer in an average four weeks, with 108,000 buying both. Between April 2015 and March 2016, these figures rose to 370,000 and 367,000 respectively, while the number of crossover customers increased to 120,000, according to the market research company.

Social media has also taken a strong stance in the beauty and personal care market in Australia, allowing companies to build their brands in cost-effective ways. Facebook and Instagram are ideal to promote brand names, to share beauty tips and announce new products. Companies also work with bloggers and social media personalities who get paid for promoting certain products and trends, but many companies have also built loyal communities of social media followers. One trend in particular is taking a stance: “The ‘selfie’ trend is resulting in consumers looking for products to give them a flawless finish, with manufacturers launching products with features such as blurring, airbrushed and flawless finish,” said analysts from market research company Euromonitor International.

Online, Australian consumers often tend to purchase cosmetics and skin care from local, rather than overseas, retailers. Overall, however, the cosmetics and personal care industry in Australia is still in the hands of mainly international players like Procter & Gamble, Coty, L’Oréal, Unilever and Colgate-Palmolive.

Global mega-brands, particularly from the US, like Maybelline, Revlon, Avon, L’Oréal Paris, CoverGirl, Rimmel, MAC, Max Factor and OPI, dominate the Australian cosmetics market, but home-grown brands are continuously expanding their market as well, with some even reaching out globally. 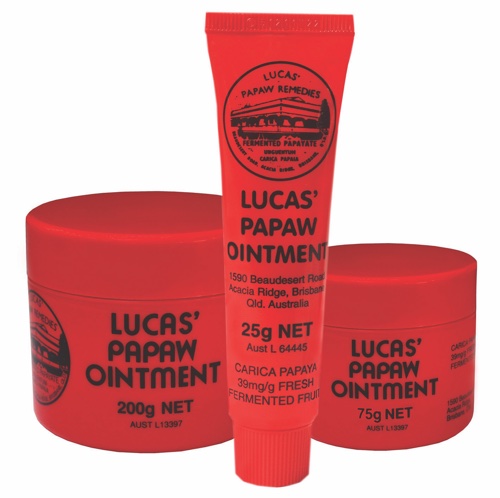 About 200 Australian companies currently export their products overseas, with Lucas’ Papaw Ointment being one of the country’s famous beauty exports. Among the better-known brands are Nude by Nature, Jurlique, The Natural Source, The Ward Group, Cat Media, Laderma, Lifeforce, BECCA, Bloom, Napoleon Perdis and Aesop. Napoleon Perdis make-up in particular has found a global fan base, with Auto Pilot, a primer or pre-foundation, being one of the brand’s most popular products, selling one every three minutes globally. Often providing a high-tech twist on ancient beauty secrets, such as donkey milk in its hydrating milk cleanser, snail mucus in its skin repairing BBB cream and lotus blossom in its Venus cleansing oil, the brand aims for innovation in all products.

Due to Australia’s harsh climate with intense sun and extreme humidity or aridity, its personal care product companies have invested a lot of research into sun protection and sunless tanning products. Australia’s ageing population is another factor inspiring new products. Its median age currently stands at 37 years, increasing by 4.7 years over the past two decades. With an ageing population eager to stay looking fit and young, and in general having a higher disposable income, the market concerned with wellness issues and products to prolong a youthful appearance is thriving. These products encompass colour cosmetics, hair care and beauty salon products, as well as wrinkle reduction products. Hair straightening products are also in high demand, as are colourants in the men’s market.

Despite this clear market opportunity, advertising is still mainly focusing on the younger generations only, comments Andrew Price, General Manager – Consumer Products at Roy Morgan Research. He gives picking lipstick as an example: “Just like other make-up items, lipstick is almost exclusively marketed to a youthful audience, despite women 50+ being more likely to buy it than any other age group,” he says. “With Dolce & Gabbana’s Sophia Loren campaign being the obvious exception, older women might as well not exist in the lipstick universe.”

One reason for this marketing strategy could be that “by focusing on the youth market, lipstick brands are doing the necessary groundwork to establish a lifelong relationship with these customers”. Another reason could be that they are also much more likely than those aged 50+ to be swayed by advertising and recommendations by make-up artists or friends and family. However, by doing this they miss out on an opportunity, according to Price. “Brands wishing to leverage this age group’s obvious interest in purchasing lipstick would do well to tailor their marketing accordingly – either by featuring the occasional mature model, by highlighting the qualities that these women prioritise when buying cosmetics, like anti-ageing benefits, moisturising benefits and sun protection, or by gaining a better understanding of where and how this demographic likes to shop.”

In general, Australian women favour scientifically sound products, as well as minimalist and natural products containing vitamins and minerals, according to the Australian Trade and Investment Commission (Austrade). And the government has helped directly in meeting this demand. Several Australian cosmetic products have been manufactured on the basis of research by Australia’s Commonwealth Scientific and Industrial Research Organisation (CSIRO). Examples include Ultraceuticals and Beta Alistine. Another scientifically-inspired Australian brand is Grown Alchemist – a new generation of organic skin care formulations comprising natural technologies that are claimed to have revolutionised the traditional approach to anti-ageing skin, body and hair care, for example. Collagen- and elastin-boosting actives, advanced peptides, hyaluronic acid, cell-communicating actives and powerful antioxidants are the transformative ingredients in Grown Alchemist skin care formulations. While it might read like a page in a chemistry book, its certified organic botanical ingredients and powerful natural actives aim to provide beauty results without artificial chemicals.

There is also high interest for natural skin care products, which use local botanical ingredients, such as tea tree and eucalyptus. Australian brand Nude by Nature, for example, emphasises its natural ingredients from the Australian bush, such as lilly pilly, quandong, kakadu plum, macadamia oil, avocado oil and cehami extract on its website. KORA Organics is another organic skin care line, created by Australian supermodel Miranda Kerr. Meanwhile, companies such as Skin Doctors, Mayerling and Clearskincare are focusing on dermatologist-based product lines.

The rise of ethical consumerism is also influencing demand in Australia, with many consumers paying attention to how products are manufactured and tested. In June 2016, following a two-year campaign by #BeCrueltyFree, led by Humane Research Australia and Humane Society International, the Australian government announced it would introduce a cosmetics cruelty ban in Australia by July next year.

With the arrival of beauty specialist retailer Sephora in 2014, the Australian market has seen a boost for premium beauty. Sephora now operates five stores in Sydney, Melbourne and on the Gold Coast south of Brisbane. Within the mass price segment, however, there is considerable competition between supermarkets, discount pharmacies and discounters. General retail stores, such as Target, Kmart and Big W as well as the major supermarkets, are curtailing traditional retailers and pharmacies. Nearly half of all cosmetics and toiletries (45%) are now distributed in Australia through major supermarkets, such as Coles and Woolworths. In comparison, pharmacies and cosmetic retailers hold 35% of the market. These outlets, together with the major department stores David Jones and Myer, sell premium cosmetics and fragrances mainly. Competition is increasing and this might continue for some time as beauty specialist retailers are still expanding, and discounters such as Aldi are venturing into new markets in south Australia and western Australia. 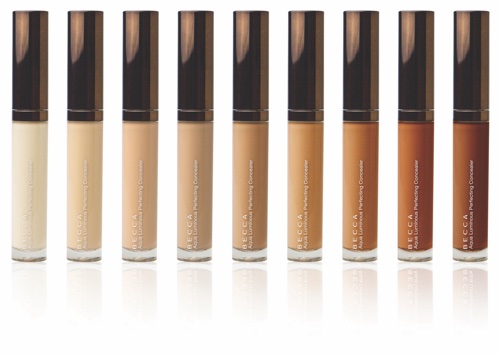 The market in numbers

According to market researcher Euromonitor, beauty and personal care sales in Australia experienced moderate growth in 2015. The strongest-performing categories were sun care, skin care and colour cosmetics. “Value sales have been driven by constant new product innovations, and the demand for niche and premium beauty and personal care brands, which are seen as aspirational and highly effective,” said the company in a note.

A recent 2016 report by market researcher IBISWorld is also positive, applauding new and niche products, which are helping to drive industry revenue growth. The researcher estimates the current revenue of the country’s cosmetic and toiletry retailing market at Australian dollars AU$4bn (US$3bn) with an average annual growth from 2011-16 of 3%. There are currently more than 18,000 people employed in the Australian personal care product sector, working for close to 4,000 businesses.

Due to the labour-intense nature of retail trade, wages and salaries are the second-highest expense for the industry, after the cost of goods sold. In 2015-16, for every dollar spent on capital, AU$9.88 ($7.50) will be spent on wages, wrote IBISWorld.

Australia is not a country that takes market entry into the industry lightly. It has strict regulatory requirements regarding cosmetics ingredients, as well as labelling.

Despite US companies and other foreign investors holding large market shares, Australia is not a country that takes market entry into the industry lightly. It has strict regulatory requirements regarding cosmetics ingredients, as well as labelling. Ingredients are regulated by the National Industrial Chemicals Notification and Assessment Scheme (NICNAS), administered by the Department of Health.

Despite this apparently comprehensive set of controls, Accord Australasia, the national industry association representing manufacturers and marketers of hygiene, cosmetic and specialty products, their raw materials suppliers and service providers, is highly critical of the regulatory scheme, with particular concern about the introduction of the so-called Cosmetics Standard 2007. In a recent discussion paper, the association lamented the decreased flexibility, the stifling of innovation and the difficulty for industry to introduce new products: “The current Australian regulatory system causes cosmetics to be treated uniquely compared with the controls imposed by Australia’s major trading partners. This is detrimental to the industry and does not reflect the risk profile of cosmetic products and their ingredients.”

Earlier this year, Accord presented a policy proposal to the Australian government recommending the removal of cosmetics and their ingredients from regulation as ‘industrial chemicals’ by NICNAS. As part of this change, Accord says the various controls and restrictions on ingredients based on the European Union Cosmetics Regulation could be adopted by Australian regulation as an appropriate and aligned safeguard. “Our proposal aims to bring the regulation of cosmetics in Australia into greater alignment with other advanced economies and in particular our neighbours, New Zealand and the ASEAN [Association of Southeast Asian Nations],” explains Accord spokesperson Craig Brock. “Making this change will not only enhance the environment for cosmetic product innovation in Australia, but will also lead to improved and faster access to the latest global products for our consumers.”

It is also yet to be seen if agreements, such as the Trans-Pacific Partnership (TPP), which Australia has yet to ratify, will force change. Cosmetics are included within the provisions of the TPP that deal with Technical Barriers to Trade (TBT). Annex 8B of the TBT specifies how cosmetic controls of the signatories need to be aligned while maintaining a high standard of product quality and safety. To streamline regulatory procedures, data from recognised international scientific authorities, such as the US Cosmetic Ingredient Review (CIR) and the European Union (EU) Scientific Committee on Consumer Safety (SCCS) could be considered for example, writes Accord Australasia, which would be in favour of such a change.