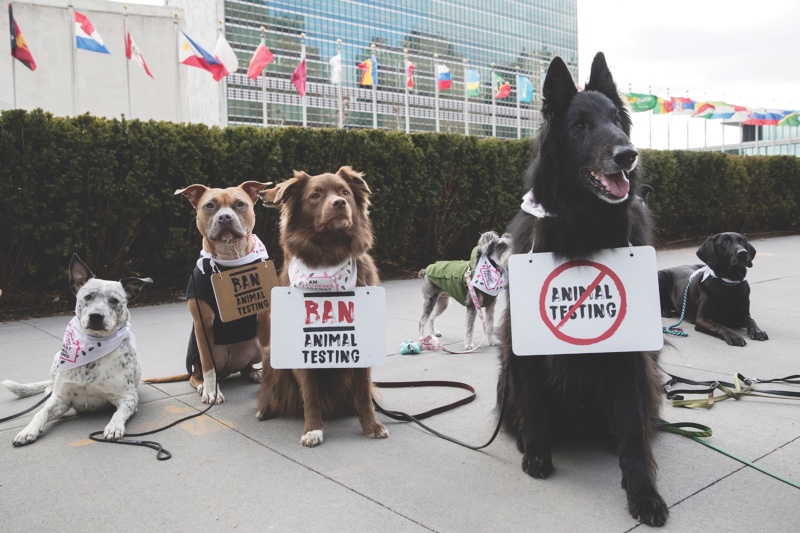 MPs in Canada are expected to vote on a draft law – the Cruelty-Free Cosmetics Act – which would ban the testing of cosmetics and cosmetic ingredients on animals in Canada, and block the sale of personal care products that have been assessed using such techniques.

The draft law has cleared all legislative hurdles in the Canadian parliament’s upper house, the Senate, but must be approved by the current House of Commons (ahead of a scheduled 2019 election) before it can become law.

This move comes as a new bill to end the use of animals in cosmetics and related ingredient tests in Colombia (also banning the import of cosmetics tested on animals) was proposed to the Colombian Congress (in August). If passed, this would be the first such comprehensive ban in Latin America. Colombian political commentators expect the law to be approved within two years.

“The congressmen are very optimistic about the bill,” says Eduardo Pena, Animal Defenders International’s Campaigns Coordinator for Latin America. The main author of the bill is Juan Carlos Losada, an activist and leader of the Colombian Liberal Party, which is part of the government coalition. The law would come into force 12 months after being passed.

Also, Australia is debating a proposed animal testing ban within the Australian Industrial Chemicals Introduction Scheme (AICIS), a legislative package that passed un-amended through the House of Representatives on 17 October 2017 and is currently before the Australian Senate.

The bill had been drafted so that there would be a ban on animal testing for new chemical ingredients in cosmetics in Australia from 1 July 2018. However, as the legislation is still pending, the Australian government has decided to defer commencement of the scheme until 1 July 2019, “to assist regulated entities to adequately prepare for compliance with AICIS”, according to the country’s department of health.

Despite the lengthy process, Clive Phillips, Professor of Animal Welfare at the University of Queensland, cannot foresee anything blocking approval of the legislation. He says no cosmetic animal testing is currently undertaken in Australia. However, he is still concerned that loopholes will remain ...