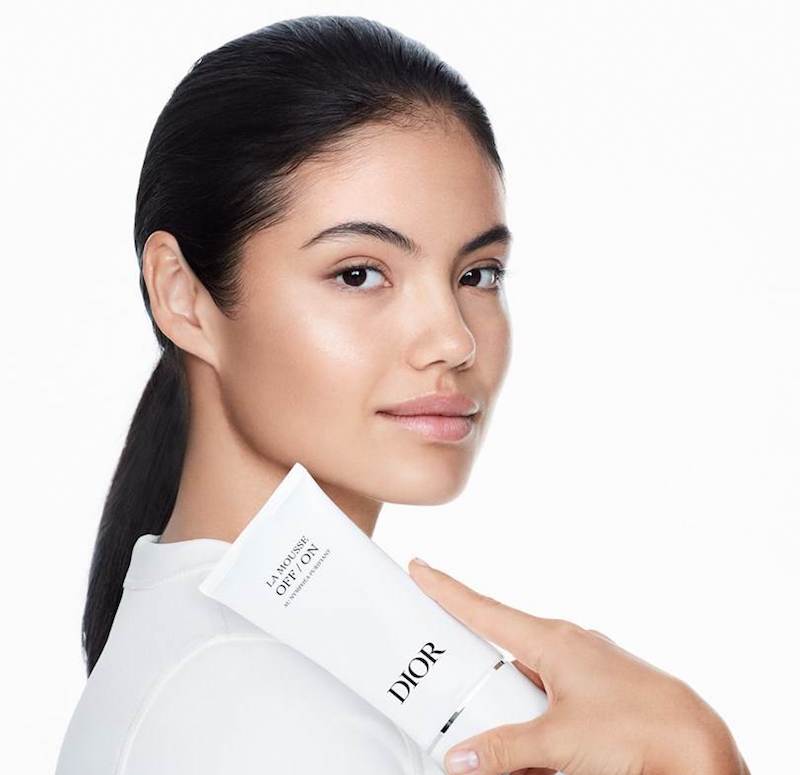 Emma Raducanu has stepped out for her debut beauty campaign with Dior.

Underlining her stardom, the US champion has become the face of Dior’s new cleansers.

Containing purifying water lily, to help combat pollution, the make-up removers – with Raducanu as the frontwoman – will attract a new generation of Dior skin care buyers.

The British rising star was picked up by the French beauty and fashion house as a Global Brand Ambassador in October last year – just one month after her US Open win in New York.

The 19-year-old is the British number 1 for the women’s game.

To lift the trophy at the Arthur Ashe Stadium, she had to see off competition from players three-times her ranking.

Now number 12 in the world, she has reached her career high since joining the game professionally in 2021.

She is the first Brit to win a Grand Slam singles title since Virginia Wade in 1977 at Wimbledon, UK.

Following her stunning debut into professional sport, Raducanu was crowned the BBC’s Sports Personality of the Year, weeks after her 19th birthday.

Her achievements also bagged her a mention in the Queen’s New Year’s Honours when she was awarded an MBE.