How a dream about bees became a global skincare success 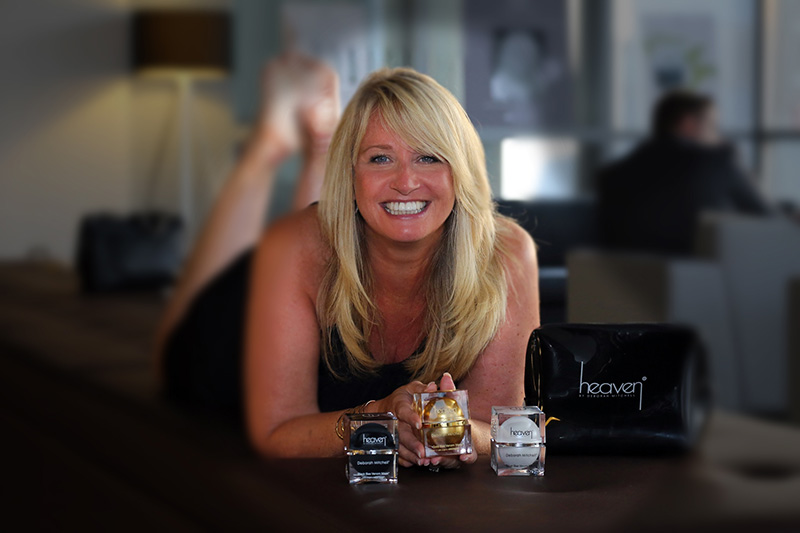 More than 15 years ago, Deborah Mitchell literally struck gold when she created her ground-breaking range of Bee Venom Masks using her patented ABEETOXIN formula. A favourite of celebrities and royalty, they were certainly ahead of their time, and as the brand’s bestseller they are now sold all over the world.

However, despite their iconic status in the industry, many people don’t realise the idea came to Deborah in a dream and her first customer was none other than Camilla, Duchess of Cornwall. “It may sound funny to most people when I say I had a dream about the bee venom but it’s true,” explains the savvy businesswoman with the Midas touch. “It was 2006, I think just after the Duchess of Cornwall had married Prince Charles. I had started treating her with my Lia Therapy Facial and I was in her bedroom and I looked in the mirror and thought ‘I need Botox’!

“The thing was, I didn’t want that scary Dr Spock look, so I thought ‘I need to make a new potion, something that would offer an organic alternative to needles’. That night I went to bed and I dreamt of bees, and the next morning I knew just what to do.”

Deborah realised that by using ABEETOXIN on the skin it would trick the muscles into relaxing in a similar way to injectables. “As your natural defences try to stop it travelling around the body, the skin goes to work repairing itself.

“It was important to me right from the outset that the venom used was extracted without causing any harm to the bees. So I use a system where the insects are encouraged to sting a pane of glass with an electric hum running through it and they survive with their stings intact. “I started mixing the venom with fresh honey because I knew this had been used for centuries for its super healing properties. My first tester was the Duchess herself and she loved it straight away –even though in those days it was much stickier. That’s why I called it a mask rather than a moisturiser. But with few tweaks to the recipe I made it more like a face cream and now most of my clients use it on top of their moisturiser or as a moisturiser.”

At the time, Deborah didn’t tell anyone about her most famous client, not even her mum, but she was spotted entering the Palace by the Press. “Someone who knew I was a beauty therapist phoned the Palace and that’s how the papers first heard about the Bee Sting Facial and my Bee Venom Masks.”

Deborah’s three masks – Silver, Black and Gold – quickly become one of the most sought-after skincare products across the globe, rocketing the Heaven brand to instant success. They’ve even appeared on a Netflix documentary, as well as being featured in countless magazines and TV programmes. “In business you may never have that eureka moment, but I’m really lucky because I have had a few over the years – in fact my most recent lightbulb moments were when I came up with the ideas for my Nettle Venom vegan range and my new Collagen Drops.”

Despite her meteoric rise, Deborah remains firmly embedded to her Shropshire roots. Her and her team have recently moved to a new Heaven HQ in Telford, a few miles from where she started her business at her kitchen table.

“Being a British business is vital to me, it’s at the heart of everything we do at Heaven,” adds Deborah. “It’s also a great feeling to know that years later I am still making and bottling our Bee Venom Masks just down the road from where I first came up with the idea.”

Renowned as the "facelift in a jar", Deborah Mitchell’s three Bee Venom Masks have become skincare saviours for thousands of her clients; and it’s easy to see why. Created to effectively target those tell-tale signs of ageing, they also soothe and heal, making them ideal for even sensitive skin. They can be used in a variety of different ways: simply apply after your cleansing routine morning and evening; layer on top of your daily moisturiser or combine with a serum; leave on for ten minutes and wash off with warm water; or leave on overnight for accelerated results.

You can shop Heaven Skincare’s range of Bee Venom products online at heavenskincare.com

Go for the glow with Collagen Serum
Heaven celebrates a successful year
Skin saviours to beat festive stress
The perfect stocking fillers
Give the gift of heaven this Christmas
The Autumn Essentials
Heaven's skincare horror stories
The must-have skin boost that you just spritz and glow
Passport, tickets... skincare!
For a heavenly Father's Day
Changing your skincare with the changing seasons
Skincare to put a spring in your step
Perfect skin for Mother's Day
Made in Britain for more than 25 years