Mental health: Philosophy asks consumers 'how are you, really?'

Skin care brand Philosophy is urging consumers to engage in conversations about mental health as part of its latest campaign.

The Coty-owned brand launched the Hope & Grace Initiative this month to support women’s mental health and the new How are you, Really? campaign was released has subsequently been released.

The media push features a digital campaign and a television public service announcement which encourages women to ask the question and shun the stigma surrounding mental health.

“We all have mental health, whether a diagnosed mental illness or a moment in your life, so asking ‘how are you, really?’ creates a platform to open up about how we’re really doing – what we’re really feeling. 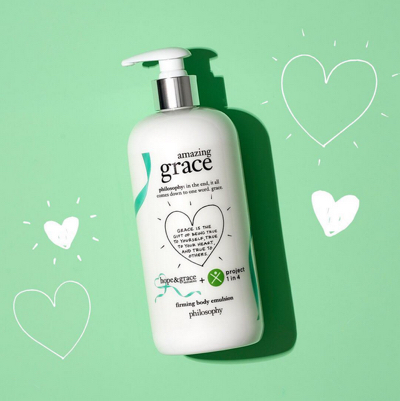 “Speaking freely is ultimately the first step in healing. The Hope & Grace Initiative is just helping facilitate the conversation to get there.”

In addition to the campaign, the brand has launched Amazing Grace Firming Body Emulsion ($37).

All net proceeds from the sale of the limited-edition item will be donated to the Hope & Grace fund.

Philosophy’s Hope & Grace Initiative has donated $2.4m to 38 US mental health organisations since 2014.