NYX paints the town blue with new Avatar: The Way of Water-inspired collection

NYX said the palettes, lipsticks, facial mist and paint are all created with recycled materials, in keeping with the movie franchise’s environmental focus 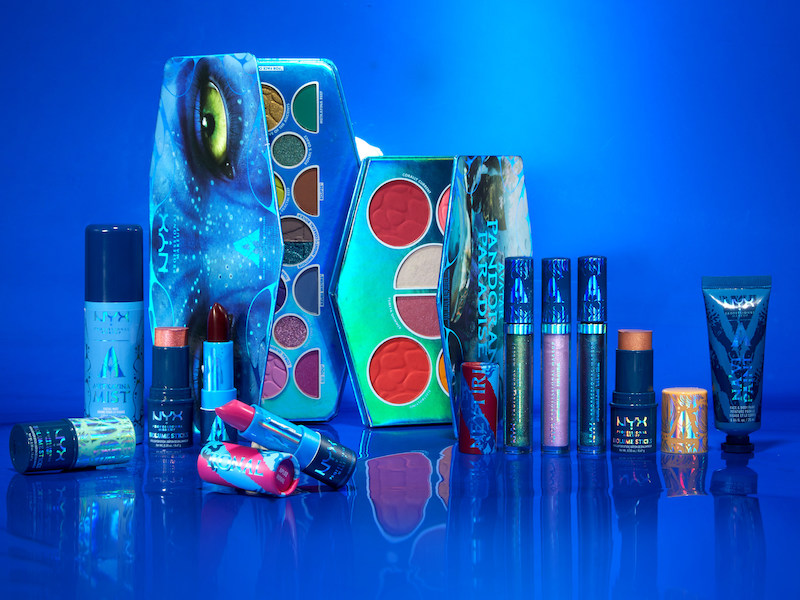 Avatar: The Way of Water will release in Cinemas on 16 December 2022

The range comprises highlighters, lipsticks, glosses, paints and a setting spray, featuring vibrant, bioluminescent hues based on the film’s alien race, the Na’vi.

A 24-shade colour palette has been inspired by the forests and oceans of Pandora, the main setting for the story.

Meanwhile, the Pandoran Paradise Palette comes with six highlighters and blushes, and the Paper Lipsticks features two shades influenced by the attire of the Na’vi’s regal leaders.

In keeping with the film's new nautical focus, the Metkayina Mist setting spray claims to have been infused with marine ingredients.

The name for the mist is derived from the oceanic Na'vi clan located on Pandora's reefs.

Nyx said the palettes, lipsticks, facial mist and paint are all created with recycled materials.

The assortment will be available to purchase in the US at Ulta, Macy's, and online at nyxcosmetics.com, with prices ranging from US$9 – $40.

"As a beauty brand known for launching the boldest pro-level pigments, we're thrilled to collaborate with 20th Century Studios' Avatar: The Way of Water to help bring the vibrant and colourful world of Pandora to life through this unique collection," said Yann Joffredo, global brand president of NYX. 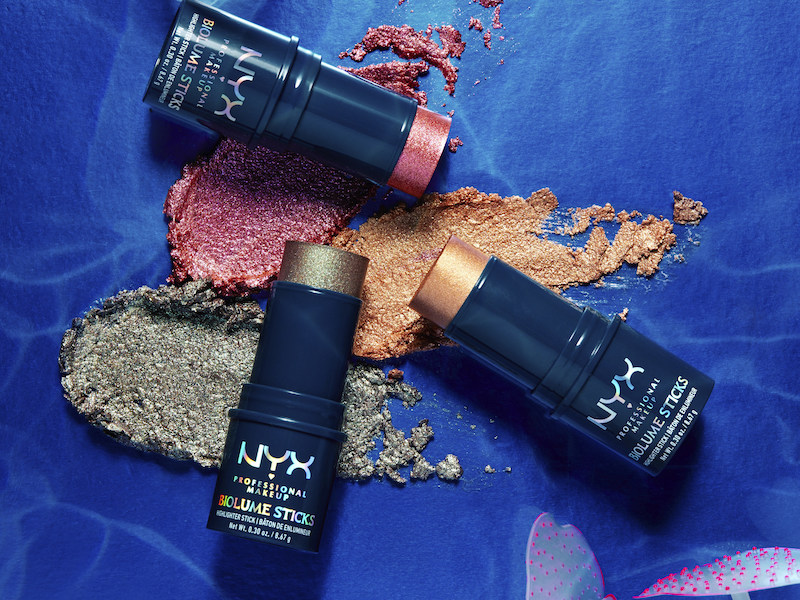 As part of the launch, NYX is also inviting fans to take part in celebratory experiences that support The Nature Conservancy, a global environmental nonprofit organisation.

This includes a social media campaign which will see NYX donate $1 to the organisation for each social media post using the #NYXCosmeticsForAvatar or #KeepOurOceansAmazing.

"In conjunction with the Avatar: The Way of Water "Keep Our Oceans Amazing" campaign and The Nature Conservancy's mission to conserve the lands and waters on which all life depends, we pride ourselves in offering mindful cruelty-free and vegan formulas as part of our pledge to take responsibility and offer conscientious products,” added Joffredo.

“We are excited to marry these critical initiatives and support another cause that aligns with our core values."

The original film followed the adventures of protagonist Jake Sully, a paralysed soldier who travels to the hostile jungle planet of Pandora.

Jake takes part in an experiment which places his consciousness in the body of a Na’vi, in order to interact and learn about the world’s native population.

The 2009 release was rated as one of the highest-grossing non-sequel films, generating over $2.9bn in sales.

Its sequel focuses on Jake’s relationship with his partner Ney'tiri, who must leave their home and explore new regions of the planet while facing a new threat.