The healing power of Ginseng

Ginseng has been generally used as medicine and food, lately cosmetic field as well in Asia. There are many kinds of ginseng such as Siberian ginseng, American ginseng, Asian ginseng and so on. Among many ginseng kinds, the excellence of Korean ginseng has well known world-widely because of optimal climate and own know-how for cultivating ginseng. From old times, ginseng has used for energizing body, stimulating and relaxing of central nerve system, improvement of sexual function, strengthening immune system, remedy of anemia, anti-stress and anti-cancer. These many kinds of effects have been confirmed by modern scientific research. 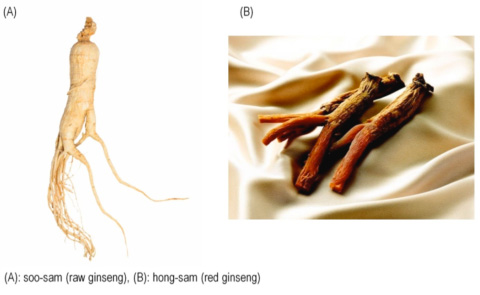 There are many extraction methods to gain ginsenosides from ginseng and the gained ginsenosides show distinctive active profile, concentration and function depends on used method and raw material. Especially red ginseng has the best efficacy than other kinds of ginseng because it shows special ginsenosides composition formed by heat treatment process. This particular composition has well-known to have excellent bioactivity.

While making red ginseng, a great deal of ginseng water is produced as by-product from steaming raw ginseng. Most of this by-product is discarded but BioSpectrum’s R&D team focused on this and found there is a trace of ginsenosides. We were succeed to get concentrated ginseng water and figured out it has many favorable bioactivities distinctive from normal ginseng extracts. In test tube system, ginsenosides from red ginseng showed good collagen synthesis, antioxidative effects and especially remarkable cell protection effect against UVB. 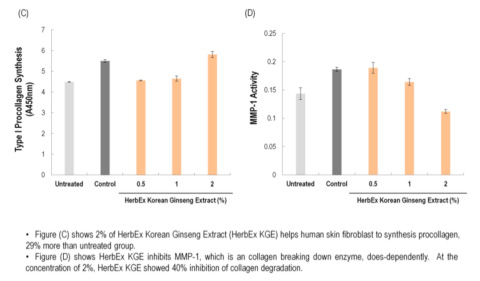 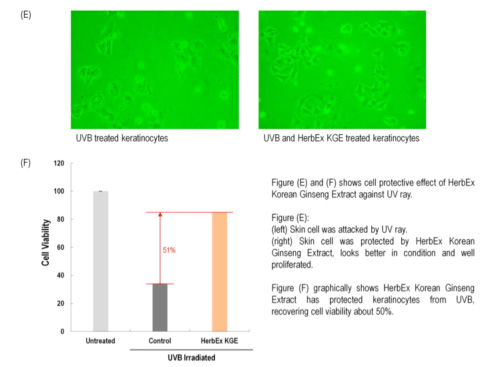 In clinical study, using emulsion containing 0.04% of ginsenoside group demonstrated improvement of wrinkle and making dermis denser and even. HerbEx Korean Ginseng Extract supplied by BioSpectrum, Inc. has been proved by test-tube method and clinical study using 2% in finished cosmetics (containing 0.04% of ginsenoside) to improve skin condition such as anti-wrinkle, UV protection, thickening dermis layer, even skin tone and so on. 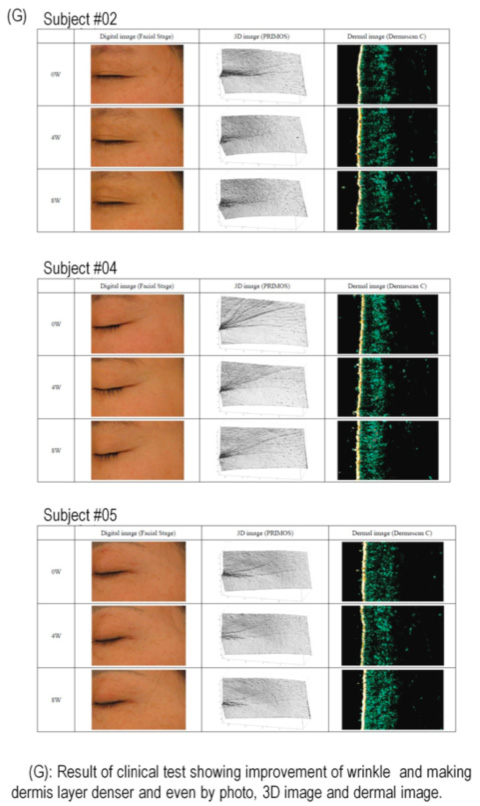