Aloe vera, vitamin C and retinol are among the most sought after ingredients, with products from the likes of The Ordinary and CeraVe leading the charge 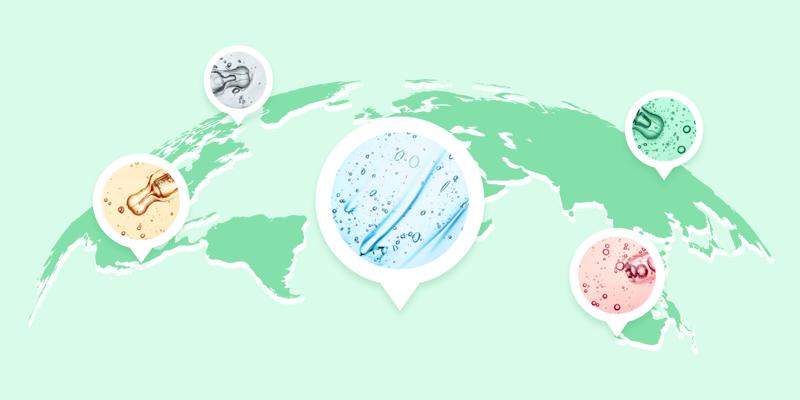 New data has revealed the most widely searched for skin care ingredients across the globe, with cosmetics staples aloe vera, vitamin C and retinol topping the poll from the likes of The Ordinary and CeraVe.

Dubbed the 'skintellectual', recent years have seen a surge in consumers who are more knowledgable about skin care ingredients than ever, fuelled by TikTok and other social media influencers as well as ingredient-led launches such as the world's leading skin care brand The Ordinary, prompting beauty fans to seek out specific ingredients to best care for their unique skin needs, said Jake Agnew, founder of skin care comparison site Skincare Hero.

Aloe vera was found to be the most searched-for ingredient worldwide, according to the site's analysis of Google searches, coming top of the polls in 37 countries spanning across the globe from Italy to Jamaica and Argentina.

Aveeno's Oat Repairing Cream is consumers' most sought after aloe vera product, which harnesses the plant's moisturising benefits to restore hydration and soothe dry and sensitive skin, while 'Does aloe vera clear pimples?' is the most commonly asked search query related to the ingredient, Skincare Hero revealed.

Meanwhile, vitamin C and retinol came joint second in the most poll, topping the ingredient list in 12 countries each including Greece and Armenia and France, Spain and Brazil, respectively.

Deciem-owned consumer favourite The Ordinary boasted the most coveted vitamin C product with its straightforward Vitamin C Serum, while L'Oreal's CeraVe was a hit with its Retinol Serum the most popular for those seeking out the ingredient.

In third place was hyaluronic acid, hailed for its hydrating, skin smoothing and anti-ageing benefits and topping the polls in seven countries including beauty big hitters the US, Australia and Canada, where The Ordinary also came out on top with its Hyaluronic Acid Serum the most searched-for product.

Rounding out the list of frequently queried ingredients was salicylic acid – which came top of the searches in the UK and Ireland – glycerin, witch hazel, resveratrol, lactic acid, cica and argan oil, with the likes of Paula's Choice, SkinCeuticals and Dr. Jart+ among the most in-demand brands for hero ingredient-led skin care.

Read more about the rise of ingredient-focused brands and the latest skin care trends in Cosmetics Business' exclusive report here.