Regulations based on the environmental impact of certain sunscreen chemicals are starting to emerge in beach hot spots. But what is the issue with these materials and which markets might be next to legislate? Ask Barbara Barkhausen, Gemma Handy, Sarah Gibbons and Michael Kosmides 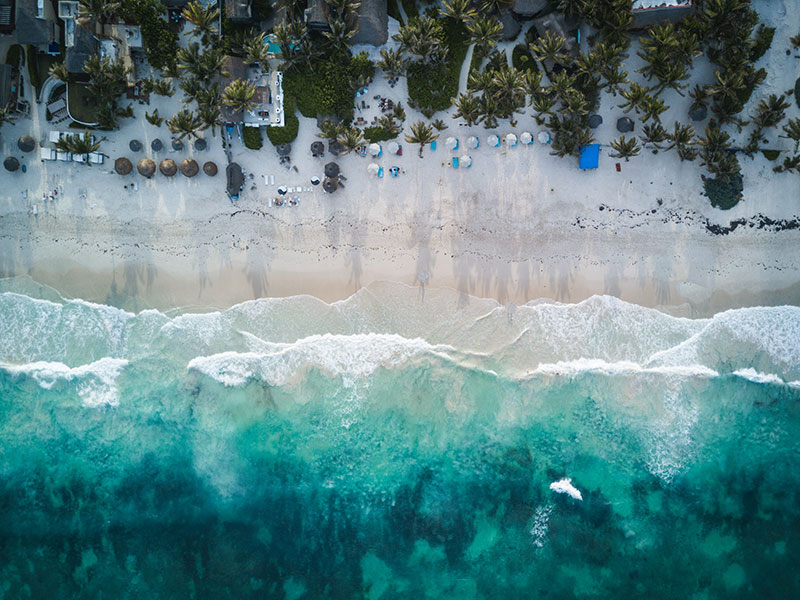 Concerns about the environmental and health damage caused by sunscreen chemicals has started to translate into regulatory action around the world, with the US state of Hawaii being the most high-profile reformer. Hawaii has imposed a state-wide ban on the sale and distribution within Hawaii of products containing oxybenzone and octinoxate, which are widely regarded as having a harmful impact on coral. The ban will come into force on 1 January 2021. However, it will cover Hawaii-based stores only. Tourists bringing locally unlawful sunscreens in their luggage to Hawaii will not face arrest at the airport, nor will their products be confiscated – but they will be subjected to a lot of educational material around vacation spots advising them to use reef-safe products.

Senator Mike Gabbard, who introduced the original bill proposing the ban, tells Cosmetics Business it applies to sales and not use: “It doesn’t restrict tourists from bringing in their own sunscreen products for personal use,” he says. “There won’t be ‘beach police’ writing tickets; the onus is not on the tourist or citizen, but on the retailers/shopkeepers. There are currently no penalties attached to this law.”

Environmental campaigners have called for more tourist hotspots to follow suit and further research to be undertaken to identify more suitable environmentally-friendly ingredients for use in sunscreens.

There does seem to be a response. The city of Key West in Florida has banned the sale of sunscreens on this tourist island that use oxybenzone and octinoxate from 1 January 2021. Also, some resort areas in Mexico ban their local sale, such as Cozumel National Park (a protected marine zone), or major coastal tourist parks, such as Chankanaab, Xcaret, Xel Ha and Garrafon. Visiting tourists to these Mexican holiday spots are offered biodegradable alternative sunscreen sachets on arrival.

The Washington DC-based US Personal Care Products Council (PCPC) is concerned that key products will be withdrawn from use in Hawaii when the ban comes into force.

“Science serves as the foundation for everything cosmetics and personal care products companies do,” a PCPC spokesman says, highlighting the research that sparked the state’s ban. “The conclusions are contradicted by credible environmental experts who acknowledge that climate change, over-fishing and sewage runoff cause harm to coral reefs – not sunscreen.”

Dermatologists have also urged the public not to abandon the use of sunscreens. Reasons for the endangerment of coral are “multifactorial”, suggests Dr Henry Lim, immediate past President of the American Academy of Dermatology, in a study released last year, which argued chemicals in sunscreen are not the sole cause of harm to coral, so people should not put themselves at risk by halting skin protection altogether.

His report, co-written by Samantha Schneider in the Journal of the American Academy of Dermatology, called Review of environmental effects of oxybenzone and other sunscreen active ingredients, agreed that in light of a “growing body of evidence of the negative impact of organic UV filters in our environment” alternative forms of sun protection should be sought. However, environmental concerns “should not detract from educating the public on the importance of photoprotection”.

Lim and Schneider’s paper followed an influential 2015 report, Toxicopathological Effects of the Sunscreen UV Filter, Oxybenzone (Benzophenone-3), on Coral Planulae and Cultured Primary Cells and Its Environmental Contamination in Hawaii and the US Virgin Islands, by Dr Craig Downs, Executive Director of the non-profit Haereticus Environmental Laboratory, based in Virginia, US, which claims that “oxybenzone poses a hazard to coral reef conservation and threatens the resiliency of coral reefs to climate change”.

It noted that while oxybenzone protects against the damaging effects of ultraviolet light, it can transform larval coral into a deformed, sterile condition meaning living coral cannot grow. Coral itself is home to scores of fish and other marine life that do not survive without a living reef as a home.

A single drop in 4.3 million gallons of water – about six and a half Olympic-size swimming pools – is enough to be deadly, the report said, causing “an increasing rate of coral bleaching in response to increasing concentrations”.

In 2017, the lab claimed one of the highest concentrations measured in the marine environment was in Trunk Bay in the US Virgin Islands National Park, in St. John Island, US Virgin Islands, which can see between 2,000 to 5,000 people in a day. Estimates that they use 72g of sunscreen per person, means 144kg of sunscreen goes into Trunk Bay on an average day – that’s 8.6kg of oxybenzone every day (260kg a month or 3,139kg a year).

Dr Downs tells Cosmetics Business: “These sunscreen plumes in the marine environment can travel kilometres away from the source-site of the contamination. The ecological situation is bad. We describe these marine populations as ‘zombies’ because you see them now, but they are as good as dead in 8-15 years. There is no ‘next generation’ to replace them, so we see slow degradation into localised extinctions.” 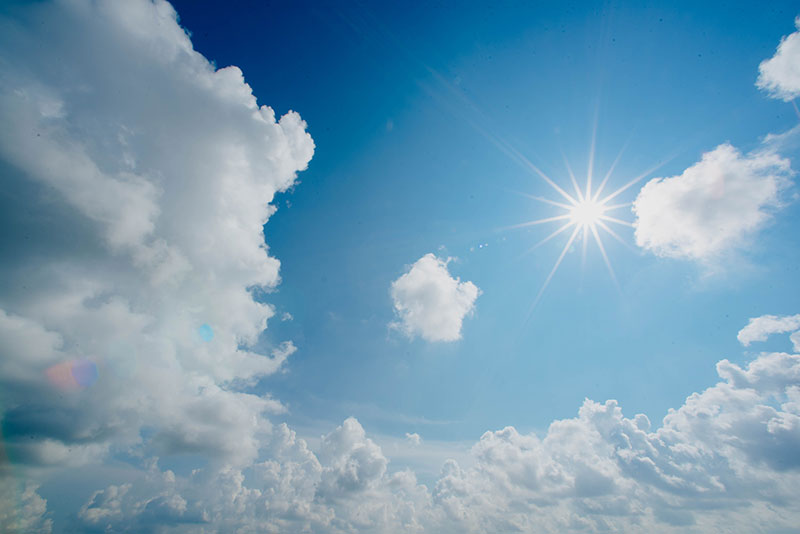 Is a US-wide ban likely?

The Arizona-based lobby group the Center for Biological Diversity has called for a national ban on oxybenzone and octinoxate, and branding of over-the-counter (OTC) sunscreen products is under review by the US Food & Drug Administration (FDA), clarifying which active ingredients are permissible. A spokesman tells SPC: “The FDA expects to issue a proposed rule in the near future that, if finalised, would put into effect a final monograph for OTC sunscreen drug products.” (An OTC monograph establishes conditions under which the FDA permits certain OTC drugs to be marketed without FDA-approved new drug applications because they are generally recognised as safe and effective).

“Among other things, the proposed rule will address the generally recognised as safe and effective (GRASE) status of 16 active ingredients used in OTC sunscreens currently marketed in the US (including oxybenzone and octinoxate) and describe data gaps that the FDA believes need to be filled in order for the FDA to permit the continued marketing of some of these ingredients without [being subject to] approved new drug applications.”

Regulatory action has also been mooted in the Caribbean. Last May, the Dutch Caribbean island of Bonaire became the first island in the region to take official steps to ban oxybenzone and octinoxate. The island’s council has voted to ban sunscreens containing the ingredients from 1 January 2021 to protect its national marine park, the lynchpin of Bonaire’s tourism.

International research by the XL Catlin Seaview Survey, published in 2013, indicated the Caribbean has lost at least 80% of its coral reefs over the past 30 years.

The region’s environmentalists are, however, divided over the role played by sunscreen chemicals. “There are much bigger threats to our waters than sunscreen,” says Antiguan activist Eli Fuller, a member of the Antigua Conservation Society. “Ocean acidification is a huge issue, as is many hotels’ lack of proper treatment of sewage.”

For Don Stark, founder of the non-profit Turks & Caicos Reef Fund, lobbying the British archipelago territory’s government to enact regulations restricting reef-toxic sunscreen is a top priority – but there has been no official response as yet. The NGO is also in discussions with a major manufacturer about co-branding an eco-friendly product, he says. Some dive operators in the Turks & Caicos archipelago will only allow coral-safe sunscreen on their boats and several shops only sell oxybenzone-free products.

“We encourage guests to be mindful of their sunscreen choices,” says Jayne Baker, of Providenciales, Turks & Caicos-based Flamingo Divers. “These days we just cover up more, using swim pants and long-sleeve rash guards rather than slathering on cream.”

A desire to protect the region’s precious reefs is even seeing some people make their own all-natural sunscreen. Mary Wilkinson tells SPC her homemade Elements Antigua line contains “no nasties”, even though the Antigua & Barbuda government has not been moving to restrict chemicals in sunscreen. Instead she uses non-nano zinc oxide, carrot seed essential oil and raspberry seed carrier oil, which she says offer protection from both UVA and UVB rays. “Just like our skin is our largest organ, our oceans cover the largest part of our planet,” she says. “That’s why they should only receive nutritious substances.”

The view from Australia

In Australia, however, there is more resistance to regulation. “Australia has one of the highest rates of skin cancer in the world, and sunscreens are an important component of a sun protection regime,” writes the Australian Therapeutic Goods Administration (TGA), which sets regulatory guidelines for sunscreens. “It is important that sunscreens used in Australia are safe and effective, and of good quality.” For this reason, the TGA regulates some sunscreens as therapeutic goods.

Australia, however, is also home to the biggest coral reef in the world, the Great Barrier Reef, which draws millions of visitors every year that go snorkelling and swimming alongside corals and fish. The Great Barrier Reef is also a fragile ecosystem that has suffered due to rising temperatures and chemicals in the water – and some of these come from visitors’ skins.But this has not prompted Australian regulators to support a ban of these chemicals.

A spokesperson of the Department of Environment and Science (DES) stressed that it, like the Great Barrier Reef Marine Park Authority, gives advice to people to wear environmentally friendly benzene-free sunscreen.

“At this stage, published information regarding the toxic impact and potential risk of sunscreen to coral reef ecosystems is contained in international studies,” the spokesperson advises. “No data has been published specifically for Australian coral reefs.” The department also commented that UV filters pose a lower risk to the Great Barrier Reef than pollutants from agricultural run-off.

Dr Lissa Schindler, an environmentalist from the Australian Marine Conservation Society (AMCS), agreed with this view, saying that global warming and farm run-off are the biggest threats to the Great Barrier Reef: “The effects of sunscreen would be minor in comparison.”

And Dr Nial Wheate, Associate Professor at the University of Sydney School of Pharmacy, adds: “There is always debate about sunscreens and their safety, but much of this is based on incorrect information.” And according to Heather Walker, Chair of the National Skin Cancer Committee at Cancer Council Australia: “There is insufficient evidence to suggest that sunscreen ingredients are causing harm to our valuable marine life.”

The Cancer Council offers a variety of sunscreen products, but recommends Australian beach-goers wear wetsuits and rash vests as sun protection when possible. Both Walker and Wheate agree that changes to sunscreen products in Australia are not needed.