By Sarah Parsons 27-May-2021
Sustainability | Marketing 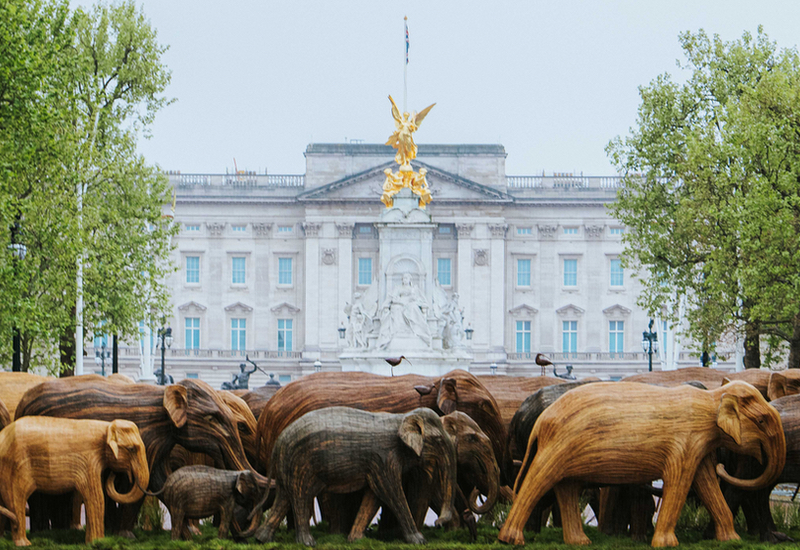 Luxury beauty brand Chantecaille will release a herd of elephant statues in London next month, in an effort to raise awareness of the overlap between the human and animal world.

The public art project will feature life-size Asian elephants across the UK capital's parks, and is inspired by the Nilgiri Hills of Southern India where their real-life counterparts can be found in forests, farmland and towns. It is set to launch on 14 June until 23 July.

The CoExistence display is led by charities Elephant Family and The Real Elephant Collective, with the 100 elephants created by indigenous communities using an invasive weed in the jungles of Tamil Nadu, says the brand.

Londoners will find the herds in St James Park and Berkeley Square, but for those unable to see the elephants in person, an augmented reality (AR) version is available via the Chantecaille Wild Beauty app.

"The campaign aims to trigger a moment of collective empathy for the world’s biggest and most intelligent land animal, which, like so many magical creatures, now find themselves living in human-dominated landscapes," Chantecaille announced in a statement, which has named ten of the statues.

Consumers also have the chance to enter a competition to win the brand's Luminescent Eye Shades Collection, which are inspired by Africa's most endangered animals.

Sylvie Chantecaille, CEO and President of Chantecaille, said: "As we grow our populations everywhere, the need for wild spaces is greater and greater, and it becomes harder and harder to preserve these wild spaces for wild animals.

"CoExistence is a shining example of what can be achieved if we all think about it, get creative, and work together.

"These magnificent artworks made in Tamil Nadu, are a monument for us to remember how important wild spaces are for all animals. We need to keep wild spaces wild and preserve wild spaces.”