India’s beauty sector is diversifying as it grows and matures. But brands need sharpness to profit 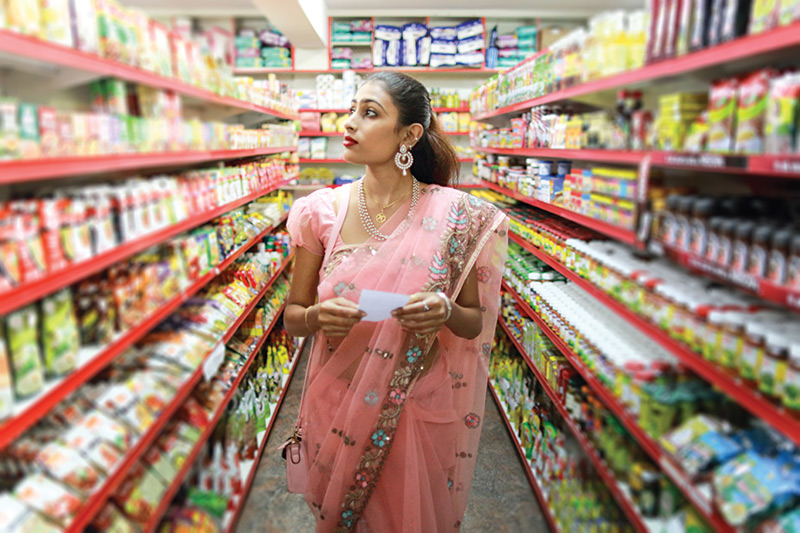 The Indian beauty and personal care industry is expected to grow at an average annual rate of 5.6% until 2022, according to research conducted by market analysis company Euromonitor International, down from the 9.1% year-on-year growth to US$14bn that the sector reported in 2017. But others are more optimistic about growth in the sector.

Ankur Bisen, Senior Vice President of consultancy company Technopak Advisors, believes the cosmetics sector is growing at between 12% and 14% per annum, and will continue to grow at around that rate.

"People are using nail polish, make-up and lipstick across income levels and price points, and it is driving growth," he tells Cosmetics Business.

With a national median age of 26.7, grooming and looking good in India has become more important and now accounts for more expenditure than in the past, says Bisen.

The shock of demonetisation of higher value Indian rupee bank notes in 2016 and the introduction of a new Goods and Services Tax (GST) in 2017 on the Indian personal care market and industry seems to have faded.

"While trade conditions remained volatile during early implementation [of GST], they have since stabilised and there is a gradual improvement in overall demand," said Sanjiv Mehta, HUL's Chairman and Managing Director, in the company's 2018 annual report.

The HUL report also said that favourable demographics, a general rise in income, growing awareness, easier access to products and services, and changing lifestyles are contributing to major shifts in consumer behaviour and offer immense potential for the Indian FMCG industry.

However, the profit margins of smaller manufacturers, traders and service providers are falling because of stronger competition, says Sangeeta Chauhan, President of the All India Hair and Beauty Association in New Delhi.

Speaking to Cosmetics Business, Chauhan says: "The small retailers and manufacturers are getting hurt as they can't compete with the marketing of the big companies."

On the plus side, Chauhan points out that cosmetic products are becoming more accessible due to internet sales and customers are increasingly attracted by discount offers, such as buy-one-get-one-free promotions. Shampoos, conditioners and masks are the top-selling products, and people are even experimenting with ash colours for their hair, she says.

Some customers at beauty salons have started to bring their own cosmetic products to be used during their treatments, often purchased on the grey market, says Chauhan: "Of course, it affects our business, but we have to accommodate them." 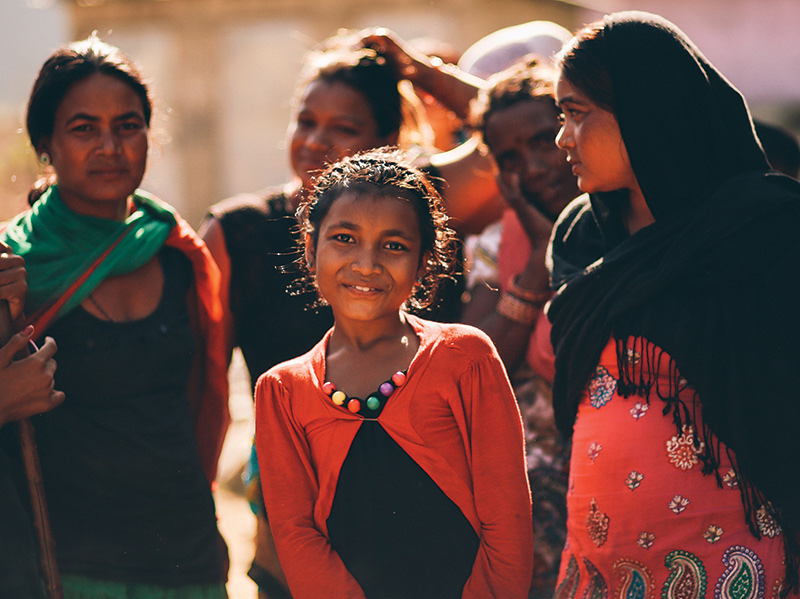 26.7 is the national median age in India. Source: Statista

According to the HUL report, technology and rapid urbanisation in India are changing consumer preferences. "Consumers are taking radically different paths when purchasing brands, often combining both offline and online channels where influencers are a growing force," the report said.

It also confirmed that "younger consumers in India are prioritising meaning over materialism" in their shopping, "demanding brands with a point of view and more authenticity, transparency and sustainability".

"In the film industry, lots of cosmetics are being used by men; those who smoke especially wear lipstick," she says. "Girls are demanding that men and boys should look handsome."

There are also numerous sub-trends within the Indian market, says Bisen, pointing to demand among men in southern India for skin whitening cream, making it a key driver of growth in the men's cosmetics market.

"Earlier it was for women, but now the desire to look fair has also suddenly become all the rage for men," he notes.

Brands may still have to work hard to maintain income from these growing brands, however. Bisen notes that Indian consumers are brand cautious, but not essentially brand loyal.

"People are willing to trade down from Gillette to something else if it is offered cheaper and promises to deliver the same thing that Gillette gives," he says.

This development is inspired by the Dollar Shave Club shaving product delivery service, which has undermined Gillette's dominance of the American market, says Bisen. Consumer trends have become much more complex, he adds; the result is that one big brand cannot address all consumers' needs.


Technology and rapid urbanisation in India are changing consumer preferences

The market is also awash with products from direct sales companies that make their own contribution to the development of India's cosmetics industry.

According to a report jointly released in June 2017 by KPMG and the Federation of Indian Chambers of Commerce and Industry (FICCI), called Direct Selling – A global industry empowering millions in India, the direct sales industry generates about $1.2bn in sales for personal care products and food supplements, and has the potential to multiply that eight-fold by 2025.

"Among the top 15 direct selling companies in the world, only five or six are in the Indian market," he says, while noting there is a huge potential for additional growth within this segment. 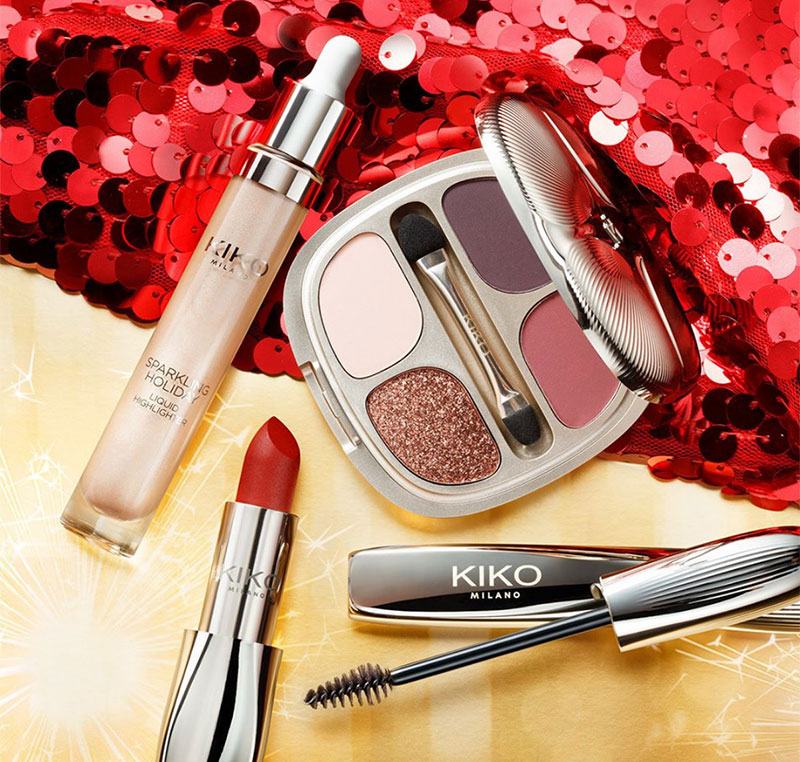 At the premium level, says Bisen, brands are finding the right platforms and approaches to connect with consumers, whether this be via wellness, natural, organic or handicraft-oriented lines. He says this explains the success and growth of premium brands, such as Forest Essentials.

Indeed, at the Forest Essentials store in the DLF Mall of India, in Noida, near New Delhi, 40% of customers on any given day are new – and that percentage is increasing steadily, says Mohammad Afzal, who manages the store.

The company has 75 stores across the country and is adding seven or eight every year, he says. His branch offers 300 cosmetic products, with testers available for most of them.

With such higher end consumers growing in number, overseas brands are increasingly interested. Italian brand KIKO Milano is one relative newcomer to India, opening its first store in 2016.

The company's founder, Stefano Percassi, told the India Abroad News Service that the Indian cosmetic market is growing twice as fast as the US and Europe, and, in the next decade, India will be among its top ten markets.

"Many consumers are open to trying new brands and experimenting with make-up, and India has a large market that reaches out to a vast audience," he says.

KIKO Milano's store in the DLF Mall is bigger than any other cosmetic shop in the mall, with a broad entrance leading to four rows of spacious counters displaying colourful products under bright lighting.

Neha Malhotra, a salesperson at the store, tells Cosmetics Business that the company offers two ranges of products – the cheaper, 'Smart' range starts from $9, while 'Premium' range products go up to $32.

According to Malhotra, there has been a change in Indian consumer demand over the last year. While the top-selling products still include lip colours and nail polishes, "a year ago, customers were only using red and pink shades, but now they go with mute colours and the subtle look", she says.

In the deodorants segment, HUL's Axe brand saw the launch of a new mini format in February, while the company's antiperspirant brand Rexona has shown encouraging results in the initial launch period of the new 50ml pack format, the HUL annual report said.

"In naturals, Indulekha hair oil delivered excellent results in the financial year ending March and the brand was extended to shampoos; Lever Ayush, HUL's brand based on Ayurvedic products, was launched and rapidly rolled out nationally; and several natural variants were launched as an extension to our core brands," he said.

In 2017, "hair care and bath and shower dominated overall beauty and personal care in value terms".

Although sales though organised retail and online platforms are picking up, according to Anand, traditional wholesalers still dominate the market.

This large distribution network and dominance over stores provides a competitive edge to big companies and remains a major differentiator for established brands, says Bisen.

"By virtue of their reach to the retail points, many other brands do not bother to even think about entering that space or take their small story mainstream," he says.

Availability of bank credit is another issue facing small cosmetics manufacturers, and the industry has been demanding easy access to loans under the central government's new funding scheme, managed by its Micro Units Development & Refinance Agency (Mudra), where loans of up to INR1m ($14,020) are provided to entrepreneurs, says Anand.

"Women in particular were not getting Mudra loans because we do not have collateral [to offer]," she says. "Now the government has assured us of strict action against bank managers who refuse us loans."

Cosmetics manufacturers in the western state of Maharashtra, which includes Mumbai, are also worried about government efforts to reduce the use of plastic bottles.

The government is suggesting a scheme forcing manufacturers to buy back used plastic bottles from customers, says Anand. Companies might have to pay only INR0.50 ($0.007) per bottle – but storage would be costly and handling them would be a big challenge, she says.

It might be an even bigger challenge for large manufacturers. HUL, for example, has nearly 900 suppliers in a supply chain that spans 28 of its own factories and several third parties manufacturing on its behalf, according to the company's annual report.

On the plus side, however, Anand points out that counterfeiters purchase used bottles of famous brands from garbage collectors for their faked versions, so the new system might restrict their packaging supplies. 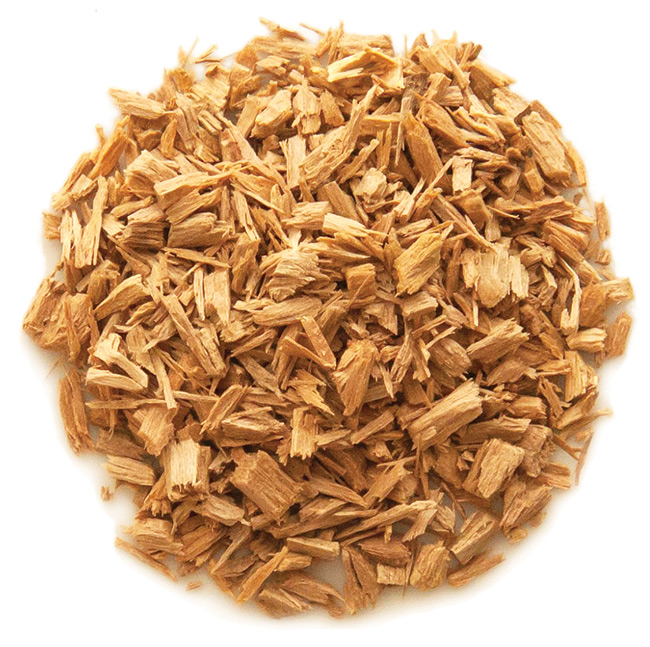 India is famed for the quality of its sandalwood oil, used in fragrances

In the perfumery sector, however, manufacturers have welcomed some changes introduced by the government.

Nivedita Assar, former President of the Mumbai-based Fragrances and Flavours Association of India (FAFAI), says that an increase in the duty on imported fragrances from 10% to 20% in April and the reduction in July of the GST rate on fragrances from 28% to 18% are very favourable decisions.

Commenting on raw material supplies, Assar says the industry is hoping for increased supplies of lavender and geranium, which are now grown on a large scale in the north Indian state of Jammu & Kashmir.

Before 1975, India used to import large amounts of mint oil, but farmers have since been encouraged to grow the crop and now the country is one of the largest exporters of mint, she says.

"I wish this could happen with sandalwood, lavender and other products as well," she adds. Australia has also started producing sandalwood oil, but producers there have not been able to match the quality of the Indian product, Assar says, adding: "By encouraging Indian farmers, we can put India back on the global map for sandalwood oil."