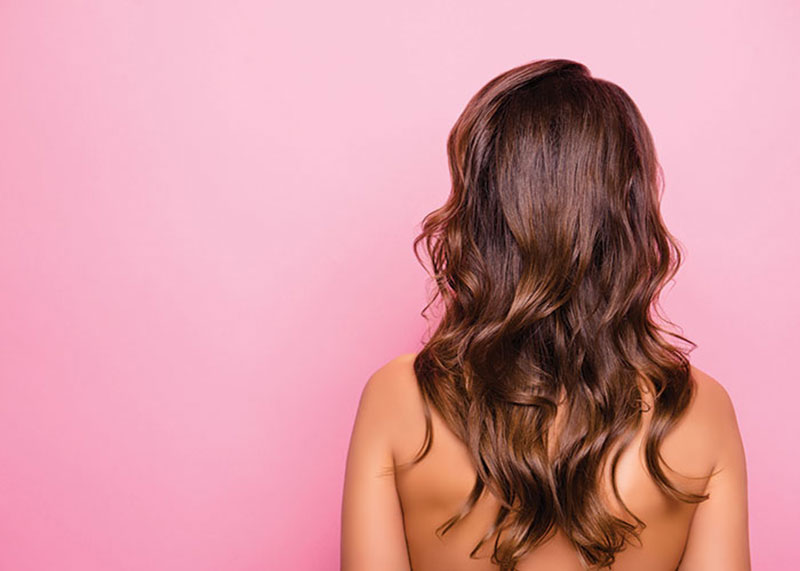 According to the applicants, substances that are conventionally used for promoting hair growth have many side effects and are inconvenient to use.

Thus, in order to solve these problems, intensive research was undertaken to find a substance with high safety, fewer side effects and less constraints of usage. It was found that psoralidin can provide such benefits.

The patent describes a composition for promoting hair growth or preventing hair loss by activating stem cells. The active ingredient is psoralidin or a derivative thereof, which can be widely used in topical preparations for the skin and scalp.

The psoralidin used is a natural phenolic compound found in the seeds of Psoralea corylifolia, which has many uses in Eastern medicine, including as an antidepressant. It also inhibits the phosphorylation of the protein kinase B (Akt), thereby inhibiting the growth of androgen-independent prostate cancer cells.

The composition described in this patent activates stem cells by promoting the signal transfer of Wnt/β-catenin. It prevents the progression to the catagen stage of hair growth by controlling the hair follicle cycle and it provides a hair growth promoting effect by extending the anagen stage. It also promotes the proliferation of dermal papilla cells.

Psoralidin may be included in any cosmetic composition suitable for topical application to the scalp and is generally included at from 0.5-5% by weight. The patent is illustrated with various formulations and tests to prove its efficacy are described.

Hinoki oil or white cedar oil is an essential oil usually obtained by steam distillation of the wood from the tree Chamaecyparis obtusa. Hinoki oil is believed to modulate the expression of VEGF and increased VEGF production may aid in providing higher blood flow to hair follicles by enhancing blood vessel formation in the areas surrounding the hair follicles.

Red clover (Trifolium pratense) is a perennial herb and the red flowers may be used for the preparation of red clover extracts with an elevated content of isoflavones, including biochanin A. Isoflavones or phytoestrogens are plant-based compounds that produce oestrogen-like effects in the human body and biochanin A is believed to negatively regulate dihydrotestosterone (DHT) levels, and consequently to positively regulate hair growth by inhibiting the activity of 5α-reductase, an enzyme responsible for converting testosterone to DHT.

The composition contains one or more peptides that may promote the production of proteins that form the matrix around the dermal papilla, which can lead to increased size of the hair follicle, and an increase in the number of hairs and their vitality.

Of the many peptides listed, acetyl tetrapeptide-3 appears to be preferred. An additional ingredient is retinyl palmitate, included as an antioxidant, potentially limiting free radical damage to the skin and scalp.

The final composition preferably comprises a gel suitable for topical application and may include water, carbomer, glycerin, propylene glycol and preservatives, but many other possibilities are mentioned.

The patent describes shampoo compositions containing at least one cationic dye, a non-ionic or amphoteric surfactant, a fragrance and a combination of two antioxidants to provide a colour depositing shampoo with improved foaming ability.

However, one of the main drawbacks for cationic dyes in many types of hair care product is they are not useful in combination with or within products containing anionic ingredients, particularly anionic surfactants.

The inventors claimed that there is a need for a colour depositing shampoo with good foaming properties that is substantially free from anionic surfactants to efficiently and effectively deliver cationic dyes to the hair. Another problem with basic cationic dyes is their propensity to undergo oxidation reactions, and this is also addressed in the patent.

It was found that n-methyl alkyl glucamide with a C8/C10 carbon chain length produces a non-ionic-based surfactant shampoo with superior foaming properties when cationic dyes are incorporated to create a colour depositing shampoo.

The antioxidants used to stabilise the composition are a combination of di-t-butyl-4-hydroxyhydrocinnamate and tris (tetramethylhydroxypiperidinol) citrate, and the final composition may contain additional ingredients to improve aesthetic and shelf-life properties.

Frequent shampooing, by removing at least some of the natural oils in hair, results in an increased need to condition that hair so that it can be combed and styled. Conditioning enhances the tactile properties of the hair and ensures that it is controllable when styled.

This can be a problem with hair that is naturally wavy or curly. However, the inventors claim that this patented composition delivers conditioning benefits that last through multiple shampoos, even on curly or wavy hair.

It comprises a film-forming polyester, polyquaternium-52 and/or polyquaternium-37 and at least one amino or aminopropyl-functional silicone, in an aqueous vehicle. The composition may additionally include dimethicone and a branched-chain ester.

The preferred film-forming polyester is trimethylpentane diol/adipic acid/glycerin crosspolymer included at about 1-5% and the preferred aminopropyl-functional silicone is amodimethicone, also included at between about 1-5%.

The composition includes at least one suspending agent, either polyquaternium-52 or polyquaternium-37, or a mixture thereof at from about 0.5% to about 5%. Up to 5% of a branch chained ester may also be included to disperse the polyquaternium and act as an emollient, and dimethicone may be included for its conditioning properties.

The final composition is water-based and may contain additional ingredients to enhance its aesthetic/marketing appeal and extend its shelf-life.