Ditching the filter: Why ‘blur’ ingredients are making an eco comeback 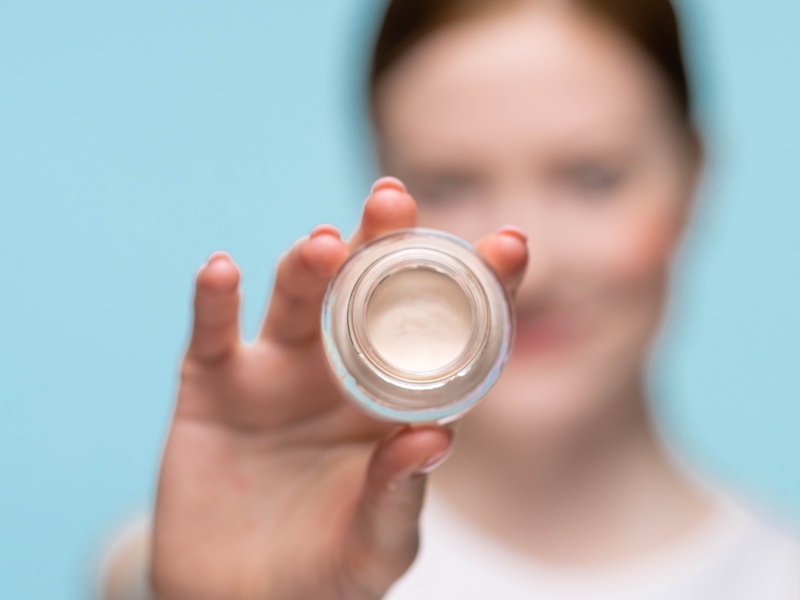 Fresh launches debuting at the SCS Formulate trade event, taking place in Coventry, UK today and yesterday, indicate that mattifying and pore-masking formulations are making a comeback. Albeit with an eco-friendly twist.

According to cosmetic ingredients suppliers, a crackdown on the use of filters in social media ads combined with the ‘skinimalism’ trend means social media users are turning to topical products for a better selfie.

In the UK, the Advertising Standards Authority (ASA), has been targeting the mis-use of social media beauty filters in cosmetics advertising since early 2021.

And the British government is being urged by The House of Commons’ Health and Social Care Committee to work with the ASA to discourage advertisers and influencers from doctoring images.

An August 2022 report from the cross-party committee said: “We believe the government should introduce legislation that ensures commercial images are labelled with a logo where any part of the body, including its proportions and skin tone, are digitally altered.”

Meanwhile, the anti-filter platform BeReal has taken off among Gen Z consumers for its focus on capturing authentic and spontaneous moments.

So, what brand-new launches can help you tap this market?

Debuting to coincide with SCS Formulate, ChromaPur is a high-quality cellulose powder from Croda, which has been shown to compete with microplastics for pore-minimising and wrinkle blurring effects, but with a much better sustainability profile.

“ChromaPur provides a photoshop-like blurring,” said Amy Poulton, Business Development Specialist at Croda. “In terms of ‘trend-cycling’ a few years ago we had bold make-up, but now we’re more into the ‘my skin but better’ trend.

“We get the cellulose from a partner in Canada and it ticks a lot of boxes in terms of Croda’s land, climate and people-positive targets, because the trees in the forest are FSC-certified, so for every tree they chop down another is planted.

“It is also not solely being used for this product; most of the trees are used for paper and other timber industries, so we use the waste product.”

ChromaPur can be used in skin care like creams and eye creams to impart a slight mattifying effect and imperfection smoothing properties thanks to the powder’s bio-disc shaped particles that mimic skin.

There are two different sizes – CV2 and CV7 – with CV2 recommended for applications targeting the under-50s for pore-minimising and fine lines, and CV7 recommended for those aimed at the 50+ category.

“But you can mix the two,” said Poulton. “There’s not a really clear line and we’re telling customers to try them out to see what works best for you.”

Croda’s ChromaPur CV7 can also be added to make-up to provide both a blur effect but also colour boosting, similar to Nylon 12.

“If you use the same pigment level, CV7 can have a bolder impact on the colour,” Poulton added.

Being teased ahead of its official launch next week at Making Cosmetics in Italy, Imerys showcased ImerCare Blur.

This natural calcium carbonate-based solution has been specifically engineered to create spheres of between 10-20μm and to confer a soft focus effect to hide wrinkles.

With cosmetics regulations banning microplastics, Imerys has designed a natural-based mineral to replace microplastics ensuring mattifying and blurring effect on the skin. ImerCare Blur is a suitable alternative to synthetic agents, such as nylon or silica.

The calcium carbonate used is traceably mined in France and has a transparent lifecycle.

Made from a unique combination of Echinacea purpurea and stem cells from Rhodiola rosea, Echioseb focuses on sebum control and pore erasement, offering a mattifying and blurring effect.

“We are talking about adaptogenic plants, which is the concept of plants that will boost human potential – and, in this case, we normalise sebum production,” said Claire Bertrand, Sales Manager, France, UK & SA at Lipotrue.

“Echinacea purpurea is a really resilient plant, which adapts to drought and it does that due to pores on the plant, called stomata. When it’s exposed to a dry environment it is able to close those pores to perform photosynthesis and survive.”

She adds: “Rhodiola rosea, part of the adaptogenic plants category, has been known to reduce stress and increase physical endurance and mental alertness. It also normalises the skin’s production of sebum.”

Echioseb offers mattifying and blurring results, with one of the main mechanisms of action being the common pathway acted on by retinoids, but without side effects.

At the same time, it boosts moisturisation and elasticity.