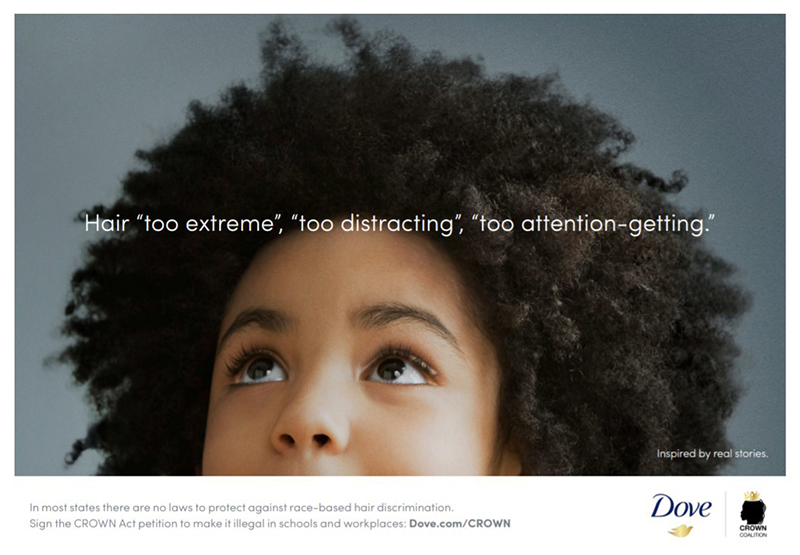 Black girls as young as five experience hair discrimination, a study by Dove has found.

The study reported that 86% of black teenagers started experiencing discrimination based on their hair by the age of 12.

Dove described the findings as an 'alarming rate' of unfair bias in schools.

The study is part of the brand's aim to end race-based hair discrimination via The CROWN Act legislation (Creating a Respectful and Open World for Natural Hair).

The legislation is currently enforced in 14 states across the US.

Similarly, a previous study by Dove found that black women were 1.5 times more likely to be sent home or know of a black woman sent home from the workplace because of her hair.

Esi Eggleston Bracey, Executive Vice President and COO of Unilever North America, said: “Our groundbreaking 2019 CROWN research study revealed that black women are 80% more likely to change their hair from its natural state to fit in at the office.

“Now, this new body of research illuminates the pervasive nature and deep impact hair discrimination has on black girls highlighting the horrific multi-generational impact of narrow beauty standards in America.”

The skin and body care brand has also released a short marketing film As Early As Five that depicts three scenarios of race-based hair discrimination inspired by real life events.

The 2021 Dove CROWN Research Study for Girls was conducted by black and women-owned firm JOY Collective in July-August 2021.