US Open champion has underlined her celebrity status with the LVMH-owned brand, which follows a multi-million pound deal with Tiffany 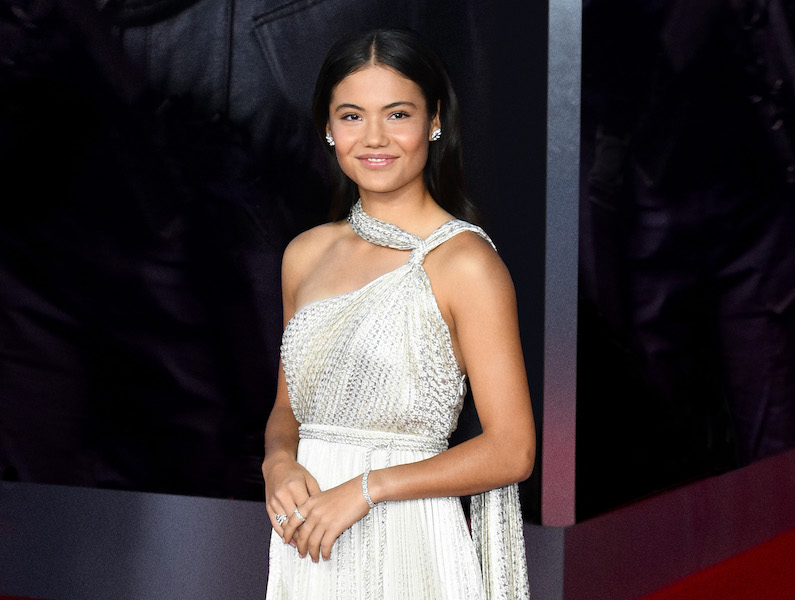 Emma Raducanu, the youngest tennis player to win a Grand Slam singles title since 2004, has joined the house of Dior as its ambassador for beauty and fashion.

Her new deal underlines the teenager’s stardom status, following her shock win in the New York, US, last month in straight sets.

The Chinese-Romanian player, who was born in Canada and brought up in the UK, first picked up tennis at Bromley Tennis Centre in Orpington, London, at just five years old.

In her US Open campaign, she saw off competition from players more than three-times her ranking.

Now rated 23 in the world by the Women’s Tennis Association, Raducanu will represent Dior for its skin care and make-up ranges, as well as marketing the business’ womenswear collections.

The teenager gave a hint she might be in the running for a deal with the Maria Grazia Chiuru-helmed business after appearing in a Dior Cruise 2022 collection dress for the premier of the new James Bond movie No Time To Die.

“The 18-year-old British tennis virtuoso – winner of the 2021 US Open – has already shaken up the codes with her unique game style, multichannel personality, authenticity and extraordinary career,” the French beauty giant wrote in a statement.

The rule of Raducanu

Radancu is fast becoming the most marketable sportswoman in history.

Days after completing her campaign to become the first British woman to win a grand slam title in 44 years, at the tender age of 18, she attended the prestigious Met Gala event in New York, dipped head to toe in Chanel.

In the same month that she was crowned champion of the US Open, one of four grand slam tournaments in the tennis calendar, she was signed as the new face of another LVMH-owned group and luxury jewellery group, Tiffany.

The deal with the iconic jewellery house is thought to have been worth £2m, which the teenager bags on top of her US$2.5m prize money from her win in New York.

Radancanu, who was knocked out of the Indian Wells tournament earlier this month – her first appearance since her US triumph – also appeared in British Vogue for its October issue, weeks after she made a name for herself on the Wimbledon grass court.

Refillable make-up: how can brands boost the customer experience?
Boss of the gloss: Why the trend for lip oils will stick around in 2023
Black-ish star Yara Shahidi heads up new Dior lipstick campaign
A Benefit Cosmetics-themed bottomless brunch is coming to London
The lip oil craze taking social media by storm
Beauty brands pledge to protect staff from Roe v Wade overturning
Sephora is allowing anti-LGBT trolls target Huda Beauty, threat boycott
Why L’Oréal is standing by Amber Heard
Givenchy beauty's metaverse puts a luxury twist on video gaming
Time for tea: Tea-infused beauty is on the rise
Lady Gaga taps into ‘clean’ movement with Haus Labs revamp
The 9 beauty drops to look out for in May
Cosmetics Business rounds up 7 new beauty products on the market this week
The 9 beauty products launching in time for Easter
Mum’s the word: Most popular perfumes this Mother’s Day revealed