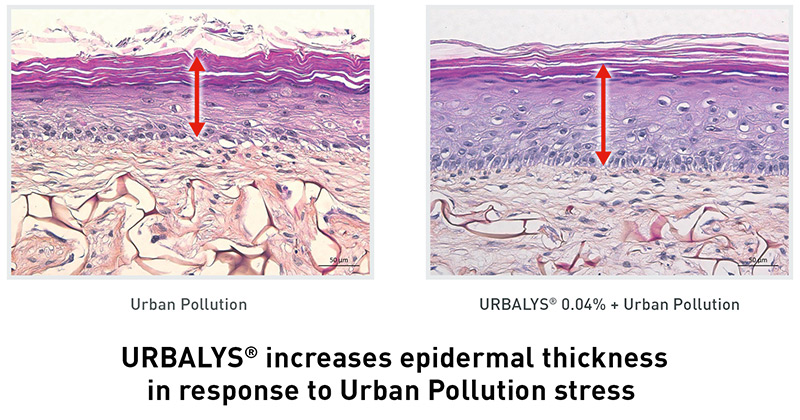 A major concern today, with one in two people daily exposed to urban pollution (heavy metals, fine particles, hydrocarbons, sulphured compounds and other toxic chemical compounds, ozone). Despite being armed with natural defence mechanisms, the skin is depleted and unable to mobilise them. Irritated, suffocated, skin loses its natural glow and ages prematurely.

In searching for molecules fighting against oxidative stress and inflammation, GREENTECH has discovered the exceptional properties of lignans and has selected, after a large screening, the Schizandra Chinensis, a Chinese fruit known for its adaptogenic property.

GREENTECH has developed Urbalys, a powerful concentrate in lignans, which protects against biological attacks from urban pollution in all its forms, by activating skin's own lines of defence and cell detoxification.

Effective global action, triggered when there is contact or penetration by pollutants: a double defence mechanism fights both free radical stress and inflammation, and strengthens the cutaneous barrier.

Alerted and mobilised against all daily pollutants, the skin breathes again.