The Technical Seminars at in-cosmetics Global in London focused on the science behind leading beauty trends, including sustainability and anti-pollution. John Woodruff attended the event and presents his highlights 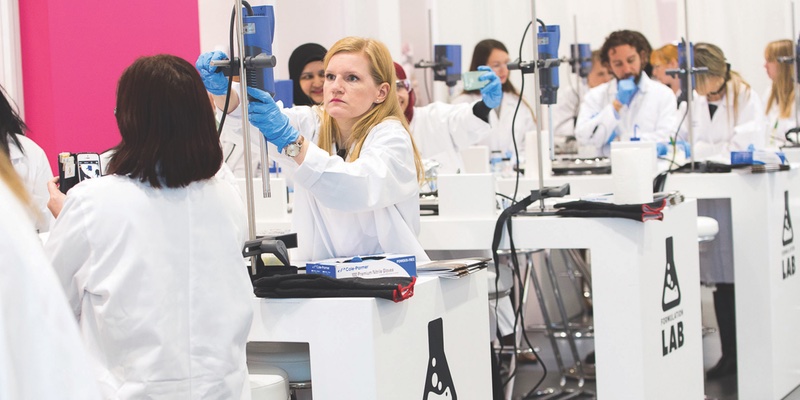 As always, the annual in-cosmetics Global exhibition features technical presentations, during which exhibitors have the opportunity to describe their new ingredients in some depth and show the supporting scientific evidence that substantiates the claims associated with their ingredients. What follows is an overview of the presentations the author was able to attend.

Although every class of cosmetic ingredient was described, recurring themes were cosmetic preservation (ten presentations), anti-pollution ingredients (six presentations) and sustainability, which, although only appearing in the titles of three presentations, was frequently mentioned. Sustainability also had its own area with numerous speakers.

Sustainability on the agenda

Regarding sustainability, a talk by Werner Schuh described Henkel’s approach. Schuh reminded attendees that Earth is a planet of seven billion inhabitants, who, if we continue to multiply and use resources at the current rate, would require five planets by 2050! As this is impossible, in 2010 Henkel drew up a 40-year plan to minimise its carbon footprint and to only use sustainable materials. It monitors progress and Schuh was pleased to confirm that it is on track.

Sustainable raw material supply means using renewable feedstock in place of petrochemicals. Chris Sayner, Croda, travels the world auditing Croda’s suppliers and checking the sustainability credentials of their renewable raw materials, palm being a current focus. Croda has 12 manufacturing sites that have RSPO certification and 88% of its global palm derivatives use RSPO palm oil. Sayner said that for Croda, sustainability is about all things environmental – including reducing carbon footprint, water consumption and waste – and about an increased use of non-fossil fuel energy, plus greater efficiency of products in use. Product design in Croda is wholly focused on delivering new or improved ingredients to meet customers’ desired effects and 60-70% of its raw materials are renewable. New product developments, meanwhile, are measured against the 12 ‘Principles of Green Chemistry’[1]. 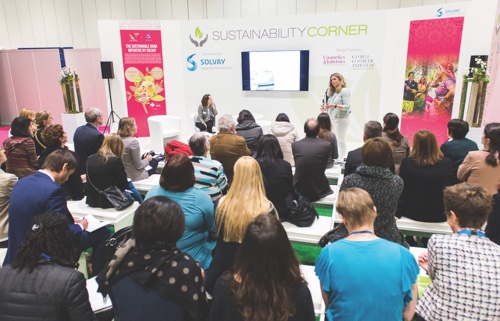 Sustainability had its own 'zone' and seminar segment

A detox for modern living

It is generally accepted that busy lifestyles can lead to stress, and this affects our physical as well as mental wellbeing. Nowhere is this more obvious than on our faces; Òscar Expósito, Vytrus Biotech, explained this by saying the same cells that made our brain also made our skin, hence our brain and skin could be considered embryonic siblings from the same ectoderm. The brain and the skin are connected through the hypothalamic-pituitary-adrenal (HPA) axis, and chronic stress causes the release of stress hormones, like cortisol, which induce various immune and inflammatory responses, affecting the epidermal barrier and skin hydration. Vytrus Biotech claims that its Tumeria Zen is an emotional hydration manager that enhances the skin water homeostasis to prevent the accumulated damage of wrinkles, elasticity loss, failure of the epidermal barrier and decrease in skin defences. It is an extract of Curcuma longa, rich in diarylheptanoids (mainly curcumin), which modulate the brain-skin connection, relaxing the mind and reducing the effects of stress.

It is preferable that pollutants are prevented from making contact with skin cells. Patricia Moreira, Chemyunion, presented new mechanisms on anti-pollution whereby its ingredient SkinBlitz confers an impermeable film to the skin to prevent contact by pollutants. It is composed of polymeric networks of natural polysaccharides from Salvia hispanica seed extract, trehalose and galactoarabinan that act synergistically in reducing pollutant permeation. It is claimed to protect cell DNA, inhibit hyperpigmentation and to have anti-inflammatory properties.

Tony Gough, Innospec, discussed trimethylsiloxysilicate film formers that can be used as skin protectants and can provide water-resistance. Trimethylsiloxysilicate resins and blends can prevent pigment discolouration in make-up by repelling sebum, and can impart transfer resistance to lipsticks. The higher molecular weight films are brittle and non-flexible but they can be supplied in carriers like dimethicone, cyclopentasiloxane or isododecane to provide flexible, breathable films to the skin. They are marketed under the Innospec Specsil trade name and Specsil K-80 is a blend of trimethylsiloxysilicate in dimethicone that provides clear, smooth and flexible films, which are wash-off and sebum resistant. It is also a cost-effective alternative to acrylate/dimethicone crosspolymer.

RevCare polymers from Itaconix were described by Tom Castle as being naturally produced from itaconic acid; fermentation of corn gives the acid, which is then converted to sodium polyitaconate using green chemistry. RevCare NE 100S (INCI: Sodium polyitaconate) gives excellent hold and anti-frizz properties to hair, and is the first hairstyling polymer to be COSMOS approved. RevCare MC (INCI: Zinc polyitaconate) is a non-biocidal material that reduces body and environmental odours without interfering with perspiration or the body’s natural biome.

‘Cleanse, detoxify, protect: the next generation of anti-pollution actives’ was the title of the talk by Anna Crovetto, Active Concepts, who said that while most anti-pollution products focus on the skin surface, AC CytoPure PF addresses pollution at a cellular level. AC CytoPure PF is a new approach to anti-ageing drawn from research into sulphur biology with the aim of elevating levels of glutathione, a tripeptide shown to have potent chemo-preventative and anti-inflammatory properties. Sulphur is present in all classes of biomolecules and sulphur-rich compounds play essential roles in combating the signs and symptoms of ageing via up-regulation of glutathione. AC CytoPure PF is derived from a unique dinoflagellate microalgae; it minimises the effects of oxidative stress and accelerates wound healing through an increase in glutathione, while providing protection against cellular and external environmental pollution.

According to Joan Tàrraga, there are four main sources of pollution that can affect human skin. They are sun, weather, urban pollution and chemicals, and aimed at providing protection against these is Algaktiv BioSKN from Greenaltech. This is a natural and completely sustainable active isolated from the walls of microalgae, (INCI: Plankton extract), which supports the skin microbiome to improve cell renewal and has anti-acne, soothing, rejuvenation and revitalising properties. Testing undertaken by Greenaltech shows it out-performing epidermal growth factor (EGF) in just 18 hours, and it enhances the release of Dickkopf-1, the protein involved in epidermal thickness regulation via keratin-9 synthesis; it is also involved in the reduction of pore size.

Another natural seed oil with cosmetic benefits is shea (INCI: Butyrospermum parkii) butter. AAK sources this in Burkina Faso and ensures that its sustainable harvesting methods also benefit the people of that region, with an emphasis on supporting and empowering the female population. Because the shea-bearing trees are in their natural environment there is no need to clear land, create plantations, or use pesticides or fertilisers, so AAK claims to be protecting the environment. From the crude shea butter, AAK isolates solid and liquid shea emollients and active ingredients, which are obtainable under its Lipex trade names.

Charles-Henri Morice, Lessonia, talked about rejuvenation through marine glycobiology, which he described as the power of algae applied to cosmetic science. Algae are hydrolysed to obtain fucoidan, which is composed of small oligosaccharides and is the basis of Fucoreverse, which is claimed to reverse the signs of ageing. The oligosaccharides protect and repair the extracellular matrix by blocking the enzymes responsible for its deterioration, and stimulating fibroblasts and collagen synthesis. As with all the presentations reviewed here, the presenter backed claims made by discussing the results of in vitro and in vivo testing.

Cold-processing is part of the move towards green and sustainable chemistry, and Eva Baldaro, Hallstar, presented Olivem 2020 (INCI: Ethylhexyl olivate, sodium acrylates copolymer, polyglyceryl-4 olivate) as a cold-process multifunctional emulsifier based on olive oil chemistry. Olive oil has a similar fatty acid profile to human sebum, so is well tolerated, and Olivem 2020 has skin hydrating properties; compositions utilising it show an excellent sensorial profile. Baldaro illustrated the effects of pH, salt, various levels of emulsifier and of oil content on simple compositions, and showed that it could also be used to prepare aqueous-gels and to gel glycerine.

According to Solvay, the consumer preference for organic acid preservatives has resulted in low-pH cleansing compositions, which bring problems of maintaining desired viscosities and rheological and sensorial properties. Solvay’s new Rheomer HASE copolymer (INCI: Acrylates/beheneth-25 methacrylate copolymer) was presented with details of the effects of dose, surfactant and salt on product transparency, viscosity and suspending powers, plus the specific effects of high levels of organic acids. It was shown that a conventional SLES/CAPB system remained clear without loss of viscosity, and that it retained suspending power over the pH range 3-7 when thickened with 7-8% Rheomer and these attributes are retained even after the addition of 2% salicylic acid.

Thickening modern cleansing systems was the subject of a presentation by Samuel Lin, Applechem, who said that the personal cleansing market is moving rapidly towards very mild compositions, especially the amino acid-derived surfactant system. It can be difficult to thicken these systems so Applechem has introduced Sorbithix-L100 (INCI: Sorbeth-230 tetraoleate) as a new generation of non-ionic associative thickener. It has two hydrophilic arms and four capped hydrophobic oleate groups to deliver excellent thickening performance for all classes of surfactants, including glutamates. It can also handle systems with high perfume oil load without affecting foaming and sensorial attributes. It was described as mild and non-irritating. Derived from natural sorbitol, it is supplied as a low viscosity liquid suitable for cold processing and is effective in the pH range 4.5-7.5, 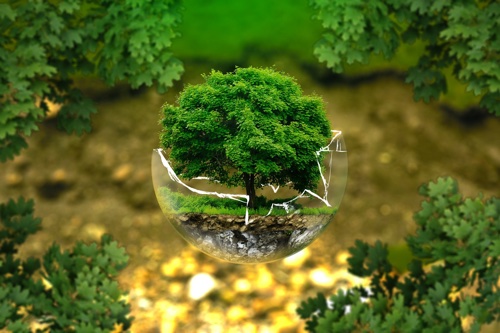 Henkel’s Werner Schuh said that if humans on Earth continued to multiply and use resources at the current rate, we would require five planets by 2050

There was much more to see and hear throughout the three days: Emma Meredith, CTPA, hosted a panel of experts to discuss concerns over Brexit and stressed that if British companies wish to export to Europe they will still have to fully comply with the European Cosmetics Regulation, including requirements relating to safety, labelling and the ban on animal testing. It may also mean appointing a Responsible Person within the EU. There are many other ramifications, and much of this is available for members and non-members of the CTPA on its website: ctpa.org.uk.

Maria Coronado-Robles, Euromonitor International, discussed ingredient trends and innovation in sun protection in a presentation full of statistics about the use of various sun filters in major world markets. She predicted growth in spray products, which will lead to a growth in the use of light emollients and alcohol, and in the addition of vitamins and other additives. Technical seminars on sun protection were much fewer than in previous years and tended to focus more on skin protection using actives that protected against lipid peroxidation and degradation of DNA by supplying antioxidant properties. One of particular interest was given by Guglielmo Bifulco, Kalichem Italia, who talked about a range of technological and active ingredients aimed to overcome sunscreens’ functional and technological limits, and proposed a range of emulsifiers, filters, sunscreen-boosters and skin cell DNA-repairing and protective actives. These included liquid crystal emulsifiers able to absorb UV radiation; active ingredients with a combined filtering and anti-ageing action; patented specialties for boosting anti-pollution, antioxidant and UVA protection; and biotechnological nucleotides for DNA repair.

Hair was not neglected, and the information presented will form the basis of the hair care ingredients feature in the August edition of SPC magazine; there were, likewise, many other talks about natural ingredients and skin care actives, which will be reviewed in the naturals feature in the September edition.