Nivea, which started out by selling shaving cream in Hamburg in 1922, said it has ‘ambitious’ plans for the future in the areas of sustainability, innovation and digitalisation 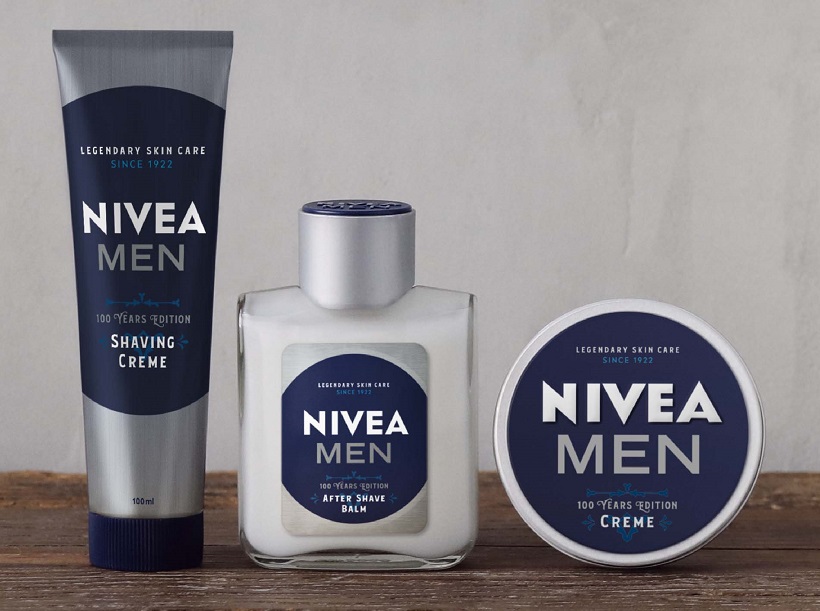 Nivea Men is celebrating its 100th anniversary this June.

To commemorate the event, the Beiersdorf brand has introduced a three-part limited edition set of creams to be sold in the UK and Germany.

The set includes a creme, a shaving creme and an aftershave balm.

“As the inventor of modern skin care, we also did pioneering work in men’s skin care,” she added.

“We are looking forward to preserving this legacy and leading Nivea Men into an even more successful future.”

Beiersdorf said Nivea Men makes a ‘significant’ contribution of around 20% to total sales.

The company added it has ‘ambitious’ plans for the future in the areas of sustainability, innovation and digitalisation.

Grita Loebsack was appointed as President of Nivea in January 2022.

She has also held management roles at Unilever and L’Oréal, the latter of which she worked with for 16 years, having joined in 1996.