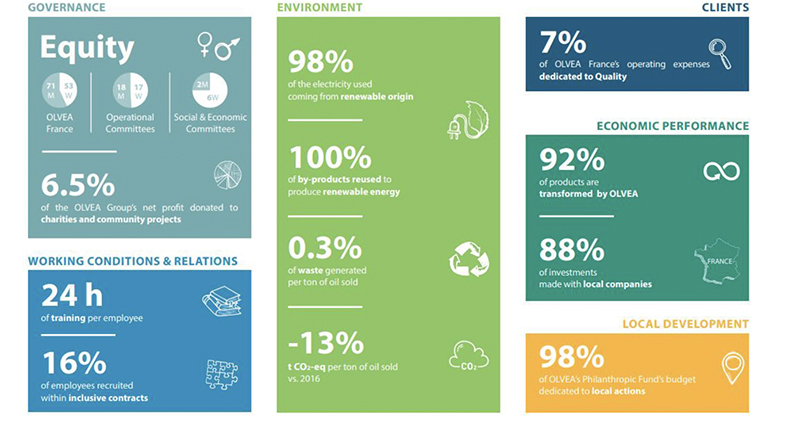 90 years of experience and sustainability

Located in Normandy (France) since 1929, OLVEA has 12 subsidiaries and 250 employees worldwide. Throughout the years, the group has become a leading supplier of vegetable and fish oils, intended for the cosmetic, pharmaceutical, food and feed industries.

OLVEA took the decision to develop its supply chains directly in the native countries of the raw material, in order to participate in their development and reduce the carbon footprint of its productions.

The last two plants the Group built, one in Burkina Faso for the Shea butter production in 2016, and the other in Normandy for the oils eco-refining in 2018, were eco-designed in order to have the lowest possible environmental impact.

Since 2018, OLVEA formalises its Corporate Social Responsibility (CSR) approach, with dedicated leading employees, through a policy and an action plan, accompanied by ambitious and quantifiable goals with the horizon of OLVEA’s 100th anniversary in 2029.

In 2020, OLVEA goes even further by releasing OLVEAct Now. This CSR performance report lists all of the Group's CSR actions, initiatives and commitments, linked to the sustainable development goals (SDG) of the United Nations, of which OLVEA has been a global compact signatory since 2015.