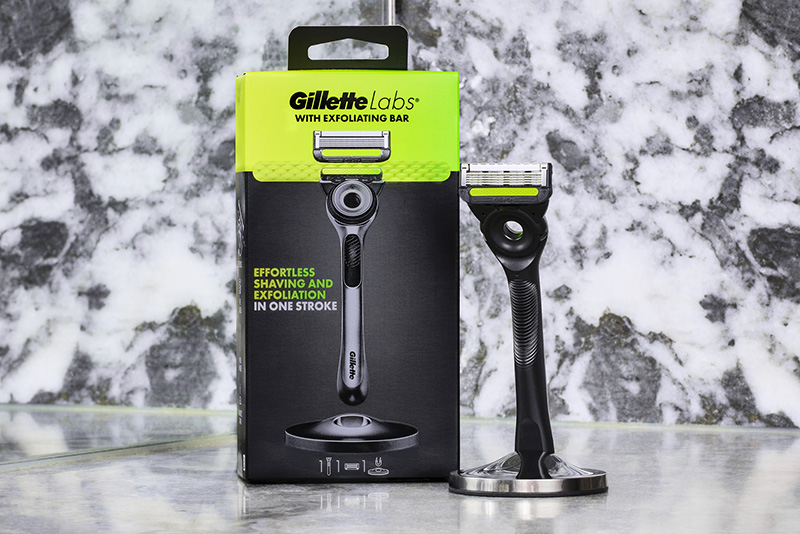 P&G is rolling out the latest innovation for its Gillette Labs sub-brand with what it claims is the “first-ever” razor with an exfoliation bar.

“This new razor from Gillette Labs combines shaving and exfoliation in one effortless stroke. We’re changing the face of shaving and making it effortless,” said Matt Thomas, Senior Director for Grooming at P&G.

The razor’s launch is also claimed to be Gillette’s biggest launch to date, with the company aiming to surpass its iconic Gillette Fusion launch in 2005.

English footballers Raheem Sterling and Ian Wright will play central roles in the razor’s campaign, which launches on 23 February, alongside Formula One driver Lando Norris.

Over 100,000 people have signed up to the Gillette Labs waitlist.

Meanwhile, famous UK landmarks, such as the Piccadilly lights advertising space, will be painted neon green in line with the razor’s brand colour.

Alongside the razor launch, Gillette Labs is also introducing a new skin care range including a Quick Rinse Shave Foam and Rapid Foaming Shave Gel, which will be released later this month.