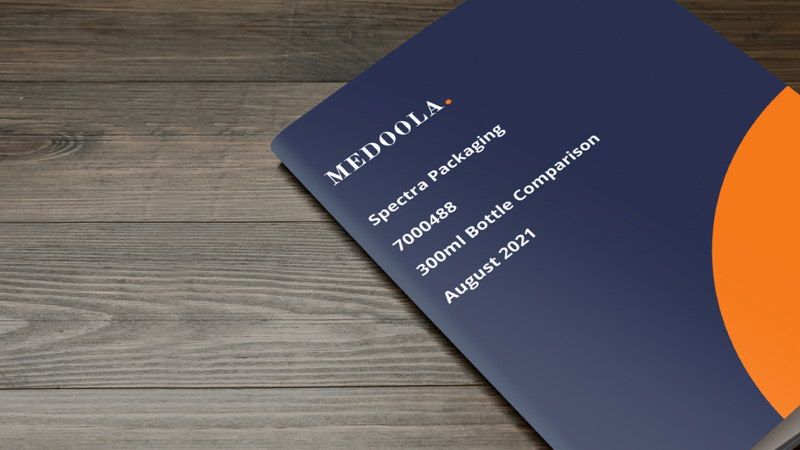 The detailed LCA dispels some of the myths surrounding the environmental impact of plastic compared to other packaging materials and shows that in many cases, it is still the most suitable material when considering a products entire lifecycle.

Over recent years, plastics have come in for considerable negative scrutiny, which in many cases has been misleading and, at worst, false. There has been an enormous amount of misinformation regarding the impact of plastic compared to other materials, yet nearly all of the focus has been on its end-of-life impact. It’s why Spectra sought a holistic, rounded analysis to establish where plastics sat with other materials when looking at all the stages of its lifecycle and not just one, according to the firm’s Sales Director, Jonathan Powell.

He said, “We believe the findings from the report will provide the clarity needed and give customers the tools to make informed choices when looking for what materials are environmentally best suited for their product packaging. We see this as another example of us taking the lead as a responsible manufacturer”.

In readiness for the UK Governments upcoming Plastics Packaging Tax, due in April 2022, Spectra is now including 30% recyclate in all HDPE and PET bottles by default. As such, Medoola’s findings were based on Spectra’s new PCR30 standard.

Jonathan commented, “We were keen to find a meaningful report that would cut through many of the misconceptions surrounding the various materials to provide accurate, real case scenario data. Instead of relying on feelings or hidden agendas to arrive at the evidence, we wanted to remove any emotion from the process by taking a wholly independent scientific approach. So, in the end, we decided to commission our own independent analysis”.

He added, “It was hugely important that the LCA was untouched by us and undertaken by a third party. Conversely, we wanted a warts-and-all report that also highlights those key areas where plastics needed to do better over the other materials”.

, p>Indeed, there are many LCA’s to be found online for those searching for environmental impact data on plastics and other materials. However, for many Spectra customers, the opportunity to see an average example, in this instance, a 300ml bottle in the four materials, is probably the closest they will get to real-case scenario evidence to help them in their decision-making process.

The comparative scenarios in the analysis looked at the six key stages of each of the product’s lifecycle, including material extraction, packaging, manufacturing, distribution, usage and end of life.

On the face of it, the use of 30% recycled HDPE and PET bottles in the analysis may appear to give the plastic materials an unfair advantage over the other materials. However, as Jonathan was quick to point out, the glass and aluminium containers contain significantly higher levels of recycled content, which, based on industry averages, are currently 67% for glass and 75% for aluminium.

He said, “One could argue that the LCA has actually been kind to glass and aluminium insofar as they both contain significantly higher levels of recycled content due to their advantageous recycling infrastructures over the past twenty years or so. That said, it was essential for us to be honestly transparent about how one of our standard bottles would fair against industry average competing materials”.

Jonathan was also at pains to stress that when looking at the manufacturing stage of an LCA, not all manufacturers will necessarily be the same.

He commented, “Using our bottles in the analysis is undoubtedly an excellent way to illustrate the environmental impact of a Spectra product. However, it is also important to point out that the internal environmental measures we have put in place as a responsible manufacturer will have had a significant bearing on the final results within the LCA”.

Spectra continually looks at ways to reduce its environmental impact on a per- container basis with a raft of measures, including reduced energy consumption at its state-of-the-art factory, energy-efficient machinery, closed-loop cooling systems to collect water as well as reuse, reduce and reclaim measures, to name just a few.

The conclusions from the LCA revealed that when comparing the four 300ml bottles in HDPE, PET, glass, and aluminium, the HDPE plastic container provided the lowest overall environmental footprint based on a UK market scenario.

Similarly, the PET container performed well, ranking second, with the lowest measure on Land Use of the four materials, with the glass container coming third.

However, glass proved more efficient than PET in the freshwater consumption lever but was still less efficient than HDPE bottle production. The aluminium container placed last of the four materials across four of the key levers, with only the high land use for glass ranked more inefficient overall.

When assessing the end of life impact, Medoola used the latest recycling figures for the UK market for all materials to provide a balanced analysis. The figures accounted for the high recycling increase on previous figures for aluminium, now 75% and what continues to be a flatline constant recovery figure for glass, which stands at 67%. Recycling figures for HDPE and PET are based on current recycled bottle recovery figures, presently 59%, to provide a more realistic score than a generic total for all recycled plastic waste, which currently stands at around 44%.    Jonathan concluded, “The LCA has thrown up some revealing figures which need to be discussed when debating the environmental impact of plastics. There is no denying there is much to do to reduce plastic mismanagement and improve recycling infrastructures; however, the report proves that when we all take a rounded view, plastics are still the most suitable material for our customers”.