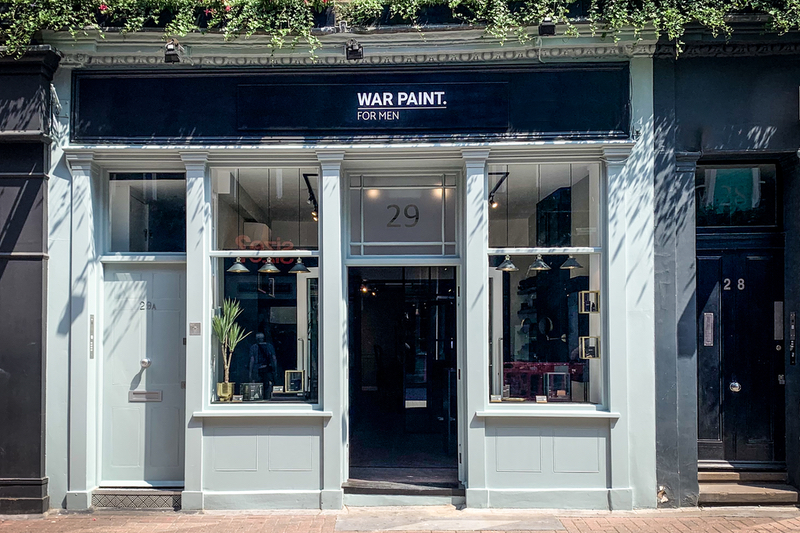 "For me it was so important that this wasn’t just about opening a shop to sell products, it was about creating somewhere for people to have an experience," said Gray.

War Paint for Men has partnered with The Lions Barber Collective, a group of not-for-profit barbers, trained in mental health support to help prevent male suicide, to act as the charity's permanent hub.

Gray continued: "I wanted to create a relaxed, inviting place to help men feel comfortable to have a conversation and learn more about make-up, get a haircut or even talk about mental health.

"Everything we’re trying to do as a brand is about normalising men using products and tools to help them feel more confident and our store is here to do just that.” 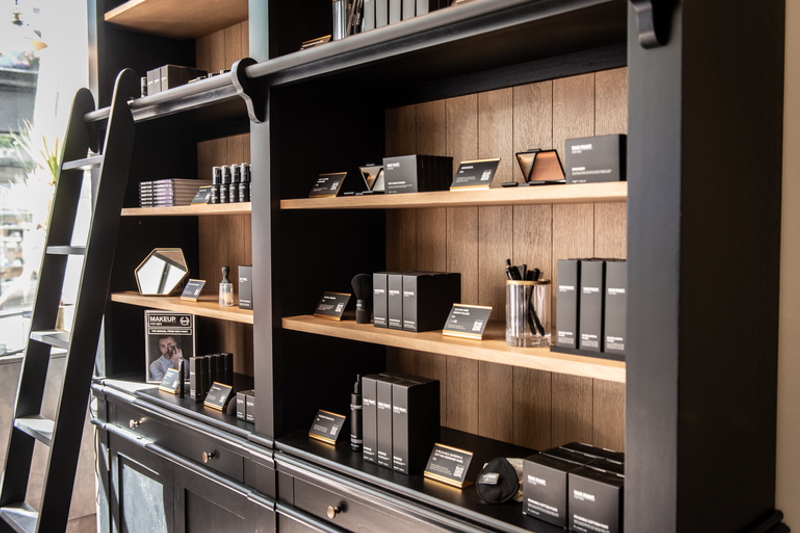 After appearing on reality television show Dragon's Den, War Paint for Men has gone on to be sold in more than 80 countries and names retailers John Lewis, Sephora, Mr Porter, Harvey Nichols, Loft in Japan and Arnotts in Ireland, as its partners.

In 2017, rival men's care brand MMUK announced plans to open a make-up store for men in Brighton but it did not fruition.