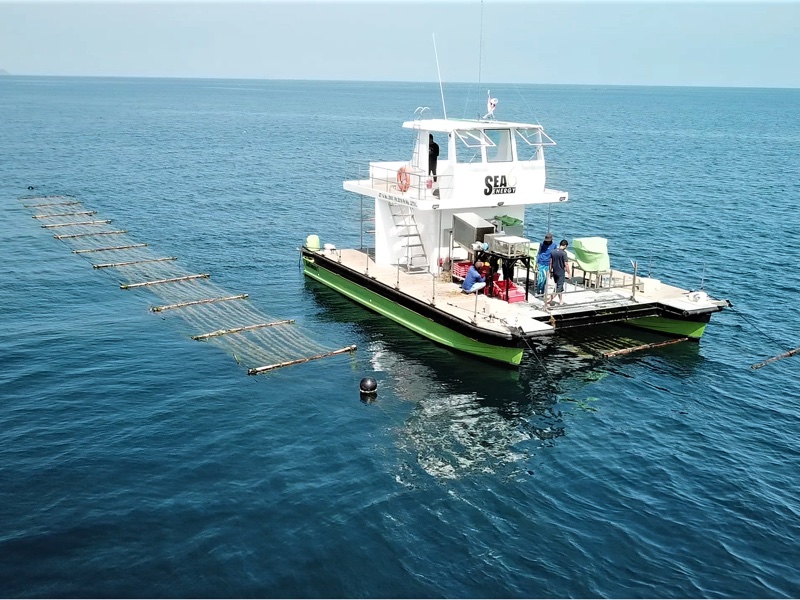 The Bangalore, India-located company is a leader in the production and processing of tropical red seaweed and boasts Tata Capital Innovations Fund among its existing investors.

Including BASF and Aqua-Spark’s investment, Sea6 Energy’s Series B transaction will complete at INR1,402m (US$18.5m).

Red seaweed biomass is fast-growing and can be used as a gelling ingredient in the cosmetics industry, as well as in food.

It is further used in animal feed and crop protection products, and Sea6 Energy is looking into the development of bioplastics and biofuels based on red seaweed.

It has also developed a proprietary process that increases the shelf life of red seaweed from one to two days to up to 60 days.

This facilitates the transport of fresh red seaweed, which can otherwise only be transported over longer distances once it has been dried.

The company has a fully owned subsidiary in Bali, Indonesia, where it carries out commercial seaweed farming. It further owns various processing plants in Tuticorin, India, for the processing of red seaweed for different applications.

“With its extensive experience in the field of biotechnology, the team has created very good upstream conditions for cultivating red seaweed as biomass on a large scale while also demonstrating success downstream through its biorefinery.

“This opens up opportunities for transitioning traditionally crude-dependent industries such as the chemical industry to renewable feedstocks.”

“We look forward to having experienced partners at our side in BASF and are happy about the renewed commitment of Aqua-Spark,” added Shrikumar Suryanarayan, CEO and co-founder of Sea6 Energy.

The transaction is said to provide partial exit and liquidity to Tata Capital Innovations Fund.